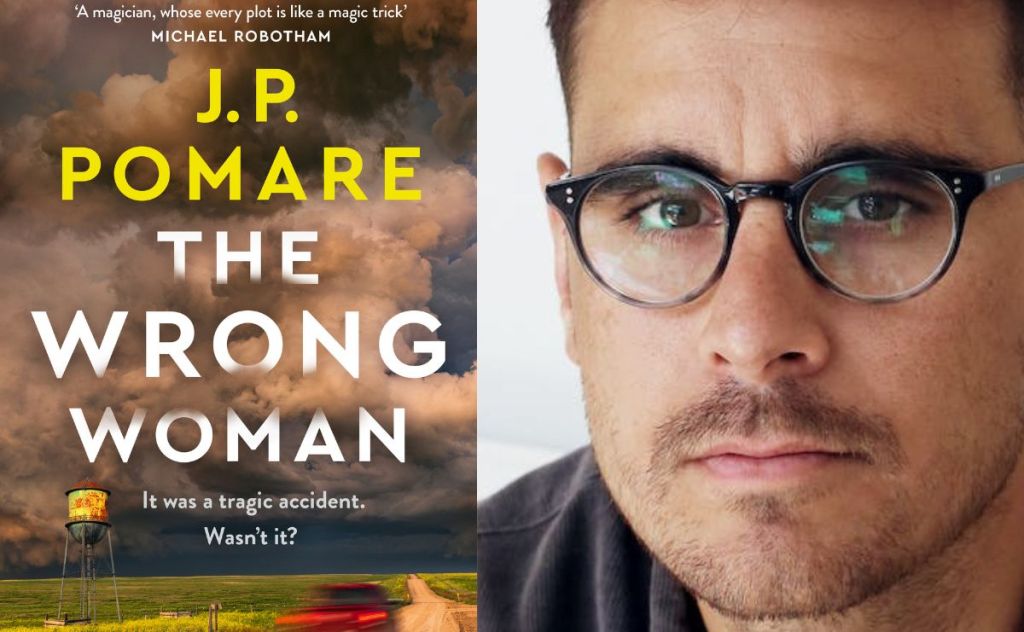 The book ‘has all the makings of another stunning success’. Photo supplied.

Having attracted considerable critical acclaim for his first four thrillers based in various locales across Australia, JP Pomare spreads his wings with his fifth publication, The Wrong Woman, and presents readers with a novel that is in equal parts psychological thriller and small-town murder mystery, set in modern day rural America.

There are tantalising echoes of Lee Child and Jack Reacher in this latest offering from Pomare. Former cop turned private investigator Vince Reid has, at best, a reluctant home coming, when the insurance firm who now pay his bills asks him to look into a suspicious car crash in the small town of Manson, a place he swore he’d turned his back on, never to return.

Money talks though, and Reid soon finds himself back where he grew up, confronting his complicated family history, the remnants of a relationship that left him battered and bruised, and the all-too-fresh public remembrance of the ignominious and abrupt manner in which his police career ended.

Told for the most part in the first person, this is a story of retreat and return, as its athletic 30-something protagonist finds himself drawn into the mystery surrounding two teenage girls who have disappeared.

As in previous novels though, Pomare truly excels when it comes to shifting perspectives – from Reid in the present day, to Reid in his uncomfortable past, and then a paradigm shift to Eshana, one of two car crash victims, whose accident left her academic husband dead and put her into a coma. Her husband had been a person of interest in the case of two missing young female students. Eshana can’t bring herself to believe that her husband could have been involved, but for Reid, the deeper he digs, the more murky secrets, lies and inconsistencies come to light.

Read: Book Review: Everything Feels Like the End of the World, Else Fitzgerald

The plot of The Wrong Woman is something of a slower burn than was the case with Pomare’s previous books, but it is beautifully handled nonetheless, unspooling gradually, and drawing the reader along through its numerous twists and turns. With believable characters, susceptible partners, and a flawed hero, it has all the makings of another stunning success for an author who has already been acclaimed as one of Australia’s modern success stories, and who is now likely to attract a far wider audience, as he bids for international recognition and appeal.

If you enjoy a clever psychological thriller that will keep you guessing right up to its conclusion, then JP Pomare’s The Wrong Woman is both fresh enough and complex enough to ensure that it delivers on every front.