An autofiction debut that eulogises family and loss with eloquence.
Elizabeth Walton 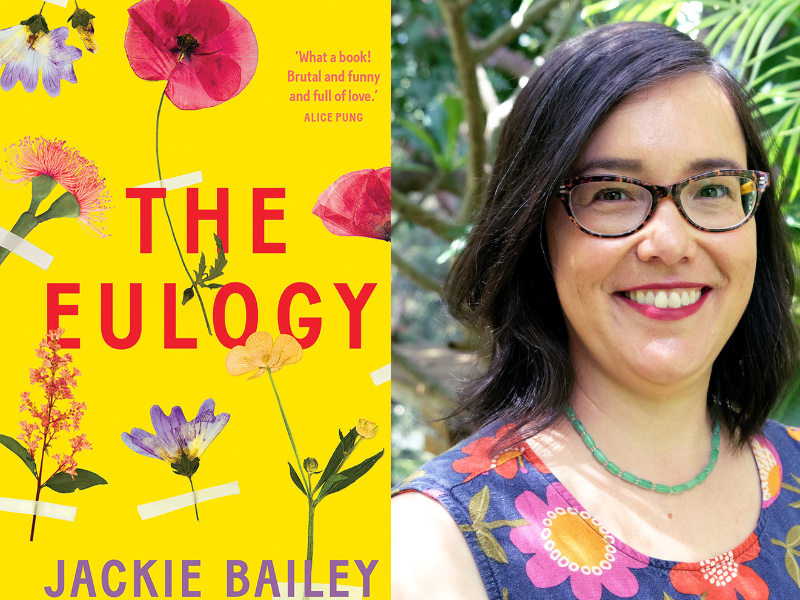 Kathy sleeps in her car with a crushed bag of sleeping pills crammed inside the glovebox. Before she takes them, she must sift through a lifetime of difficult memories to write her sister’s final farewell.

From the opening pages, the stakes are high and loaded with punchy prose. Kathy’s family is buckled together from mismatched elements of the Asian-Australian diaspora, yet despite relentless challenges, she is surprised by the depth of her love, and the power of the grief that haunts her. ‘I did not know Dad’s love knitted together calcium and carbon to create my bones,’ Kathy says to her sister.

Kathy’s attempts to immortalise her sibling provide a clever backdrop as Jackie Bailey progresses her characters through painful and difficult events. The narrative ducks and weaves through memories in a casual family conversation that moves seamlessly between time and place. Kathy is the daughter of a country lad from Crookwell who joins the army and is posted to Asia, before returning to Australia holding the hand of a Singaporean bride. The couple go on to raise a brood of children but the relationship is fatally flawed. The family is thrown into even more turmoil when Kathy’s young sister is diagnosed with a terminal illness. As an adult, her sister finally succumbs, and Kathy must negotiate the growing disunity in her family as she attends to the funeral arrangements.

As a debut novelist, Bailey’s choice of autofiction is a refreshing solution to the problem of dragging memories out of the psyche and onto the page, and Bailey pushes the limits of the form with great skill. She allows her protagonist to recount the events of her young life to her sister. A second-person narrative is bold for an experienced novelist, yet for a debut it’s an even more remarkable feat, and a credit not just to Bailey’s craft, but to the decade she spent writing and rewriting her manuscript as part of her PhD.

The result is a masterful representation of Bailey’s compassion as a mother, a wife, a sister, a daughter, and ultimately a woman, responding to racism, gambling and addiction. It shows the role disability plays in the lives of siblings, and how children living with cancer also live with relentless grief. Yet the author’s narrative is touched with a lightness that does not burden the reader with heavy emotion.

The novel encapsulates Bailey’s profound experiences of her own sister Allison’s death, a tragedy that inspired the author to become an interfaith minister. In her day gig, Bailey is a funeral director and marriage celebrant, living and working on Dharawal country. The end of life celebrations she officiates reach into a realm beyond the silos imposed by religious or spiritual beliefs, and it is these experiences that she tucks inside the pages of The Eulogy.

The bones of the story were discovered by her publisher after Bailey was longlisted in the inaugural SBS Emerging Writers Competition – proving the importance of competitions in general in unearthing new and raw literary talent, and placing marginalised voices into the mainstream of contemporary Australian narrative. Without this opportunity, this important work may have languished in the bottom drawer of an eloquent emerging writer.

The Eulogy will translate well to the screen for whichever production house is fast and smart enough to secure the rights.