Where do you fit in? A play that questions the pigeonholes that shape you.
Elena Perse 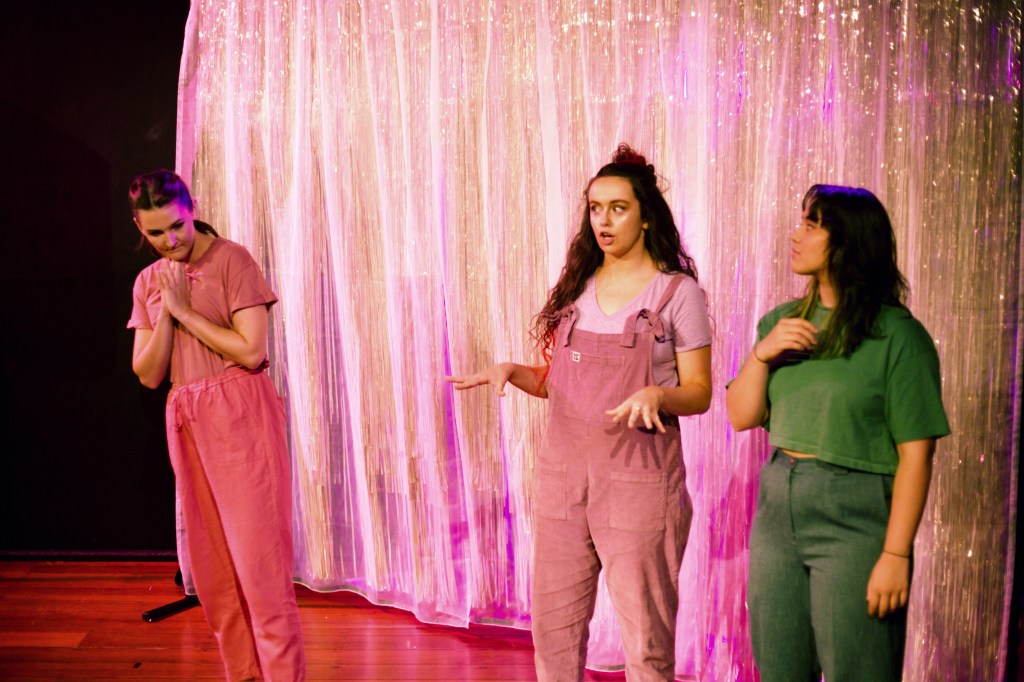 ‘Leo/Taurus/Taurus is not afraid to blur boundaries. The show is part comedy, part musical with a hint of a TED Talk in the mix.’ Photo by Michelle Endersbee.

As soon as you set foot on the stage where Leo/Taurus/Taurus will be performed, you’re immediately accosted by a clipboard-bearing questioner. Put on the spot, it’s hard to find an answer right away and your response feels like a life-or-death choice. What does my answer say about me?

Leo/Taurus/Taurus, a Blue Room Theatre production, directed by Michelle Endersbee, asks exactly that question. The performance focuses on the world of character types, star signs and personality quizzes – what do they mean, and why do we love them? It delves into what a series of seemingly arbitrary questions says about you; pigeon-holing and questioning the audience in equal measures. Employing a mixture of dance, poetry, song and personal monologues, the cast explores the myriad ways that we classify ourselves – according to our star sign, Hogwarts house or Myers-Briggs personality type. The performance is composed of a series of vignettes that illuminate what it means to be ‘phlegmatic’, according to Hippocrates’s theory of the four humours, or what ENFJ actually stands for. Informative, off beat and entertaining, each segment leaves the audience thinking about where they fit into each of these classification systems.

Read: Comedy review: I’ve got 99 problems and here is an exhaustive list of them

Leo/Taurus/Taurus is not afraid to blur boundaries. The show is part comedy, part musical with a hint of a TED Talk in the mix. You can never quite predict where the performance will go next and the originality of each vignette makes for a memorable and appealing show. The tone of the show is varied, balancing humour with sensitive, personal monologues and genuinely interesting discussion of the history of personality types.

The lighting, set and sound design are key elements of Leo/Taurus/Taurus and are used to great effect. Key words, phrases and images are projected onto a shimmering silver backdrop, establishing the mood of each vignette and providing the audience with visuals to illustrate the finer points of each personality type. Live music accompanies the show, performed by a musician who adeptly moves in and out of the storyline as needed. The four cast members share the stage equally, jumping from character to character as they both entertain and enlighten their audience.

While a little slow to get started, Leo/Taurus/Taurus finishes strong, with a moving final scene. The performance succeeds in keeping their audience’s attention throughout and leaves them questioning how they define their own sense of self. Insightful, fun and far more entertaining than a Buzzfeed quiz; make sure you catch Leo/Taurus/Taurus at the Blue Room Theatre.

Leo/Taurus/Taurus will be performed until 12 February 2022.