Old fashioned charms set to Gershwin tunes. Who could ask for anything more?
Thuy On 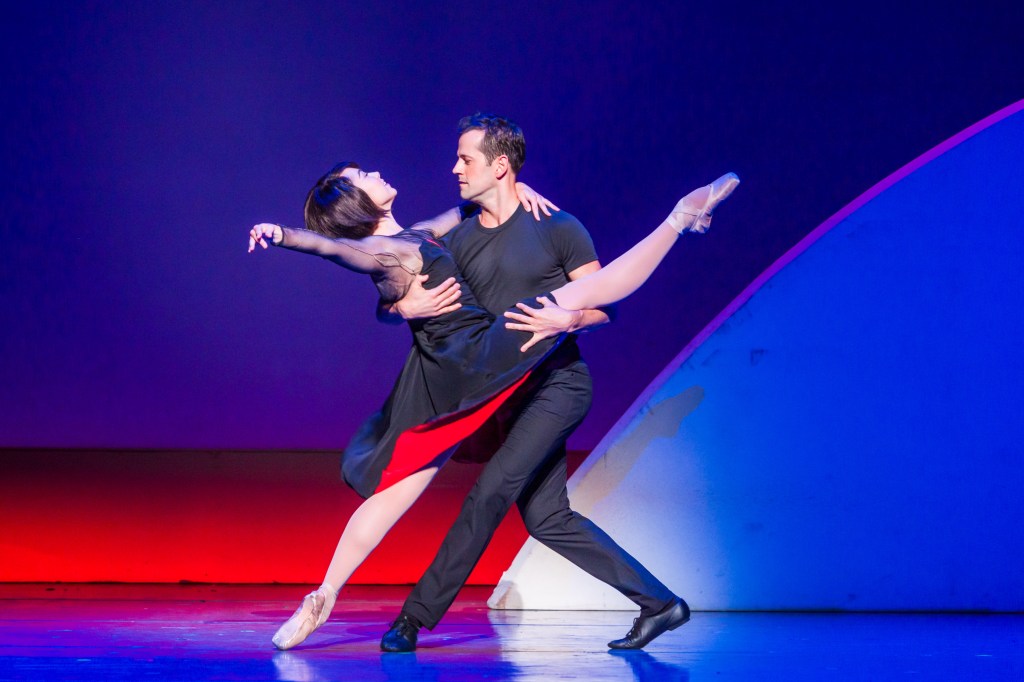 This four-time Tony-Award winning production has finally landed in Melbourne after a triumphant season in Brisbane, bringing along with it a haberdashery-worth of elaborate costumery and a sophisticated, ever-changing kaleidoscope of set changes. All to the tunes of Gershwin hits that have seeped into the collective consciousness over the years, songs like ‘I Got Rhythm’, ‘’S Wonderful’ and ‘They Can’t Take That Away from Me’. First premiering on Broadway in 2015, this happy marriage of musical theatre and ballet has since toured the world, charming many in its wake.

For those unfamiliar with its original incarnation, An American in Paris is a classic love story based on the 1951 film starring Gene Kelly as former GI, Jerry Mulligan. With his starry-eyed artistic aspirations still intact and enchanted by his host country rebuilding herself, the young serviceman decides to stay behind post-war in the City of Lights and (of course) falls in love with a French ballet dancer, Lise Dassin.

This collaboration between The Australian Ballet and GWB Entertainment features a large cast (there are 33 performers in the ensemble); an all-dancing troupe that ably provide the backdrop, the moveable wallpaper, against which the star lovers swoon.

Times are turbulent as the swastika is replaced by the tricolours  soon after France’s liberation. Its capital city is in transitional mode; there’s hope but also fear and paranoia and Jerry and Lise are caught aflutter in the maelstrom. That they end up together is a foregone conclusion but the many missteps, sidesteps and possible diverging paths each take provide a delightful distraction nonetheless.

Director/choreographer Christopher Wheeldon propels the plot through a dazzling array of numbers, whether it’s a more intimate pas de deux, or a large-scale, whole-cast sequence.

On opening night, the leads were Robert Fairchild and Leanne Cope (who reprise their Broadway and East End roles) but the roles are also played alternatively by Cameron Holmes and Dimity Azoury from the Australian Ballet.

The fact that both Fairchild and Cope are professional dancers (with the New York City Ballet and the Royal Ballet respectively) add lustre to performances that are already weighty with the full-throated singing and acting demands expected in musical theatre. They both acquit themselves with finesse and a seemingly indefatigable vigour that belies the necessary endurance behind such fluidity, grace and powerhouse vocalisation.

But An American in Paris is not a two-hander, with the spotlight shared generously with a number of other performers, including Johnathan Hickey as the war-wounded American composer, Adam; wannabe nightclub singer Henri (Sam Ward) and Milo (Ashleigh Rubenach) a femme fatale-styled benefactress who’s financing a new ballet that will star Lise. All are singularly and collectively impressive; as a trio their support to Fairfield and Cope are able to withstand the same scrutiny one would offer to the leads.

Although essentially a fairly lightweight tale of love found, lost and regained, there are some attempts in An American in Paris to broaden the narrative by offering backstories for some of the characters as well as that old debate of whether art should reflect messy realities or be tinkered with to offer sunnier possibilities.

As the French and the Americans struggle to find their footing in a changed political landscape, it’s hard to escape the present-day parallels of everyone coming out of a series of COVID-led lockdowns and eyeing the world with blinking wonder.

Beauty in its many guises is, however, redolent in this show. Bob Crowley’s gorgeous and heavily romanticised set of postcard-perfect Paris draws inspiration from some iconic artists, including Monet, Renoir and Picasso in its painterly backdrops. The transitions between scenes are deftly and ingeniously handled, with projections and props dancing into view. From cobblestone cafes to the banks of the Seine, and a jazzy dive bar to a masquerade ball and a high-end art gallery, it’s easy to lose count of the sheer number of locations scouted and presented as the characters move to the pulse of Paris.

An American in Paris is primed and ready for lovers of nostalgic musical theatre, the music of Gershwin and really, for anyone who is after a few hours of technicoloured escapism.

An American in Paris will be performed in Melbourne until 24 April 2022 before touring to Sydney and Perth.