With concert halls closed for the foreseeable future, the MSO is presenting livestream and pre-recorded concerts online.
Suzannah Conway 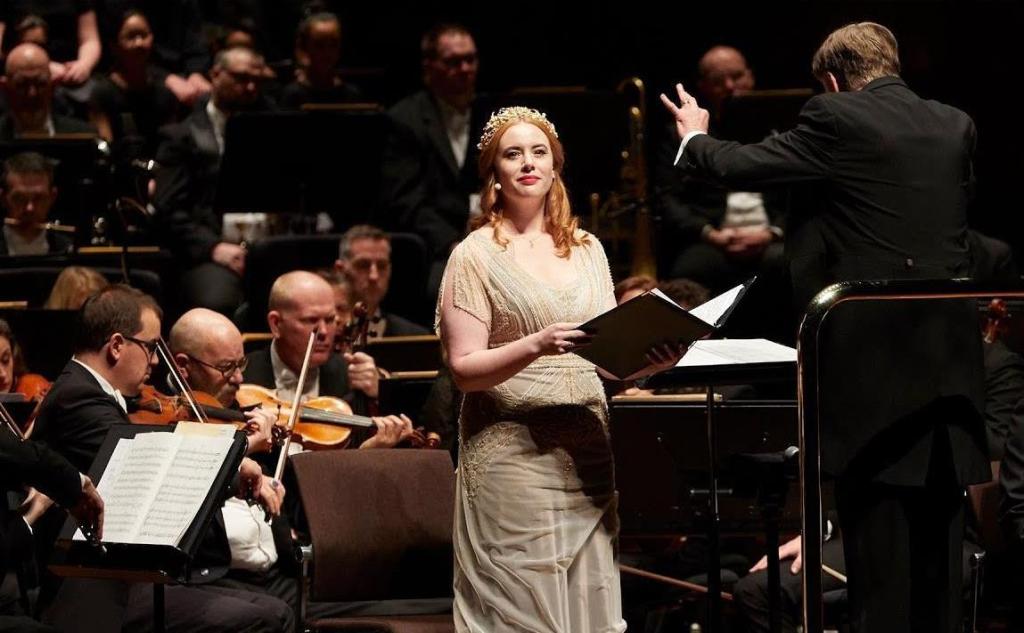 Photo: MSO Thursday Night (in) with the Symphony.

This wonderful initiative includes ‘Thursday Night (in) with the Symphony’ of which Sir Andrew Davis’ celebrated 2019 concert of the Stravinsky double bill The Rite of Spring and Perséphone was a recent offering. Written 20 years apart, these two works in different ways explore the seasonal shift from winter to spring, depicting sacrifice for the sake of renewal and with it hope for the future. An apt choice for the times in which we live.

Davis chose to program this double bill in 2019, his final year as Chief Conductor of the MSO, in part to resurrect Perséphone, a neglected work that had not been heard here for 50 years. Initially intended as a recitation with mime and ballet, Perséphone is a complex melodrama in three parts, including soloists, a huge chorus and large orchestral forces, making it a complex piece to perform.

However, this little-known lyrical work offers ravishing passages of great beauty, particularly in the descriptions of idyllic floral meadows, as well as sonorous dark passages where Persephone descends to Hades. Of a high standard musically, it was exceptionally well played by the MSO, offering a colourful palette of contrasting light and shade, mixing delicate phrasing alongside the full force of rich orchestral power. In the first act the woodwind shone in many of the lyrical passages accompanying the chorus and narrator. As Persephone enters the underworld in the second act, the tuba and oboe, followed by the darker strings, brass and French horns, created a world of mystery and anticipation that was spine-tingling. Representing Pluto, the solo trumpet, accompanied by double basses and celli, vividly brought Hades to life.

Maestro Davis conducted with a firm and clear authority, his precise and well-crafted conducting style commanding his large forces with a very sure hand. His interpretation, highlighting the nuances of the text through the music, was masterful.

As the Priest Eumolpus, Paul Groves’ dramatic tenor rang out with assured top notes and some sensitive phrasing. His is a fine instrument, though at times his French diction was not easy to decipher. As Perséphone, Lotte Betts-Dean chanted rather than spoke her heightened emotional lines with aplomb, her diction impeccable. The 180-person chorus sang quite beautifully; the children’s chorus particularly focused and engaged.

The celebrated and infamous The Rite of Spring, regarded by many as a seminal work of the twentieth century, gives us a composition that is certainly attention-seeking with its bitonality of two keys being played simultaneously, making for passages of dissonance, amid some astonishing rhythms and musical dynamics.

Maestro Davis was again in command of this challenging work, giving us a strong all-encompassing reading of the piece, drawing every drop of energy and commitment from a willing orchestra. The opening Adoration of the Earth section, with its fine bassoon solo and accompanying woodwind led to the bitonal stomping chords of strings and horns, a rhythm repeated and extended. Played at fever pitch, this section worked perfectly, leading into flute trills, excellent trumpets, brass and percussion.  The Sacrifice section, offering a soft opening of woodwind and muted trumpets, followed through to drum rolls in the final Sacrificial Dance, where the expanded percussion was able to have a full and powerful voice. The oft-criticised abrupt ending with its definitive loud chord worked perfectly in this intelligent reading.

Originally conceived choreographically, both works are often performed as concert versions without dance elements, as was the case here. Yet these compositions lend themselves so readily to the addition of dance. The glorious orchestral and vocal music of Perséphone, together with French lyricist André Gide’s classical text, would surely have benefited from the addition of dancers in key roles to embrace the vocal descriptions, with the music having been composed to reflect this.

This concert was recorded and filmed, with the quality of both the sound and visuals at a highly professional level. Using several camera close ups of the conductor, orchestral members, soloists and chorus heightened the enjoyment of watching it on screen. Given that these digital concerts are now to be the norm for a while, perhaps consideration should be given to engaging a polished presenter to introduce and close the show, matching the high musical standards of the concert itself.