Book review: The Only One in the World, edited by Narrelle Harris, Clan Destine Press

A prize-winning collection that riffs on the stories and mythology of Sherlock Holmes is sheer, unadulterated fun.
Erich Mayer 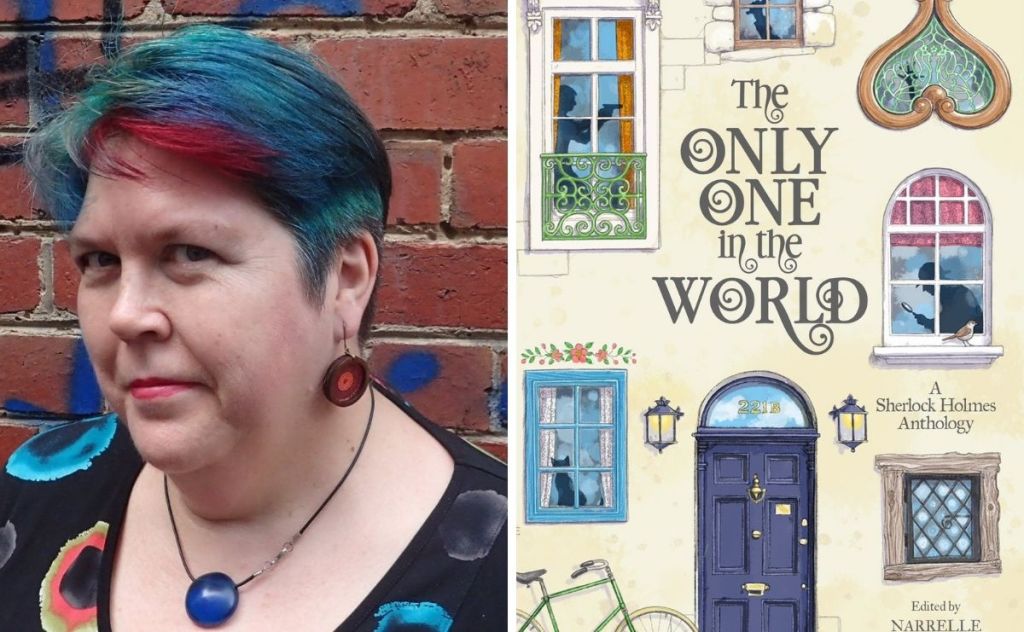 In her introduction to The Only One in the World, Narrelle Harris credits many people for galvanising her to create this anthology; she particularly references Beka Duke’s picture of Dev Patel as a wild-haired Sherlock Holmes, accessorised with dressing gown and pipe, as a source of inspiration. So the brief for contributing writers was clear: explore who Holmes and Watson might be from any culture and of any sexuality as long as at least one of them is not Anglo-English. The thirteen contributors to this collection responded with enthusiasm, humour and skill, and the enjoyment the authors clearly experienced in the writing emanates from every page.

In more than one past review of short story collections, I caution that reading such books from cover to cover can do the stories an injustice; just because they are bound together does not mean they are best read like consecutive chapters in a novel. However, the startling diversity around a common theme represented by this collection proves to be the exception to that attitude; each new Sherlock Holmes, each new Doctor Watson, stretches the imagination to breaking point and the sheer contrast between the stories lends something extra to the joy of reading them all.

One of the key reasons for Sherlock Holmes’s popularity is the distinctive methodology he deploys to solve a mystery – his astute observation and brilliant reasoning. Not all the incarnations of Holmes follow this pattern, but no matter its approach, every story comes to a satisfying solution, and is often immortalised or at least witnessed by the particular Watson of that mystery. Indeed, no small part of the fascination of these tales springs from the interaction of the detective with their raconteur.

Perhaps it is not surprising that in selecting a cultural background for their characters, each author picks an environment with which they’re familiar, using the opportunity to craft a story that has conceivably been waiting in the wings of the subconscious for some time. Natalie Conyer abandons her typical tough hard-baked criminals and police for a charming tale about a Jewish shtetl overpopulated with foolish souls because the angel in charge of distributing wise and foolish people to towns ran out of supply of the wise ones. Greg Herren breathes life into a mixed-race hero living in New Orleans for his Sherlock. There is a Russian detective, a Viking sleuth, an artificial intelligence and more. A feast.

Even readers who love short stories but are not detective story aficionados are likely to find The Only One in the World worthy of their attention because in many ways these are tales about the human condition even though their ostensible focus may be a crime and its detection. Perhaps even more importantly, each story – without exception – can be enjoyed without any prior knowledge of Arthur Conan Doyle’s original creation.

If it weren’t for the fact that pipe smoking is unhealthy and bad for the teeth and that open fires can be polluting, such readers, along with all the Sherlock Holmes lovers, might best enjoy this collection settled in a comfortable chair in front of a fire while puffing contentedly as they read The Only One in the World from beginning to end.