A dystopian future that bears too scary a resemblance to certain contemporary realities.
Brooke Dunnell 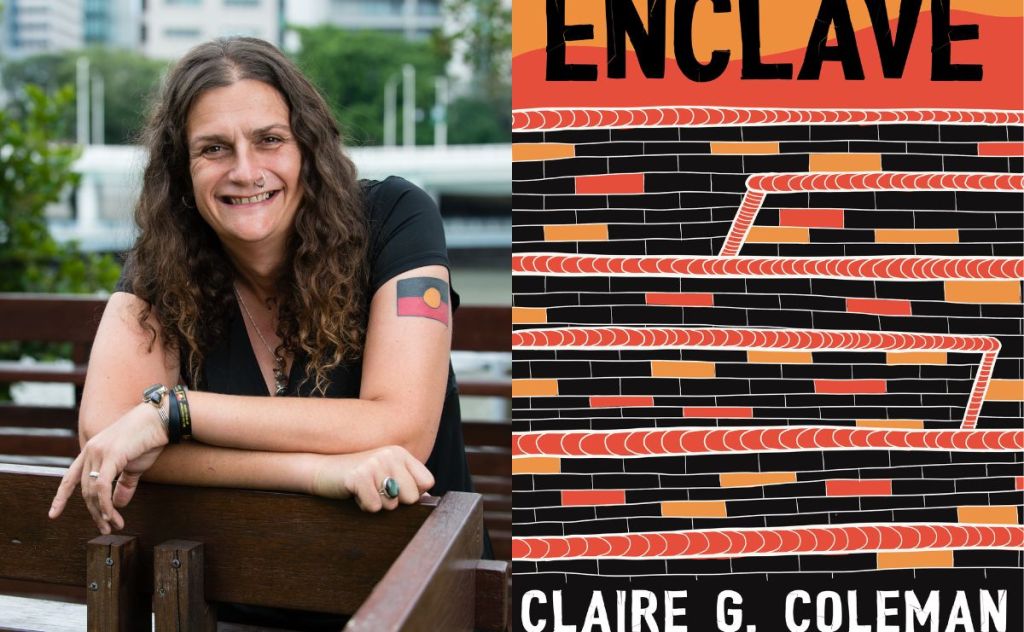 ‘Because its themes are derived from reality, much of this novel feels frighteningly plausible.’ Photo supplied.

Like many younger – and older – people today, the protagonist of Claire G. Coleman’s third novel is endlessly online. Christine has just finished university and is at a loose end, leading her to become ‘a creature of information, of television … of social media’. Addicted to violent news images and desperate for contact from her missing best friend, Jack, the amorphous anxiety of technology and constant connection has left Christine inert.

Christine may resemble a typical 21-year-old, but she exists in an alternative, dystopian Australia. Various modern concerns are taken to extremes in Christine’s world: her planned community, Safetown, keeps non-residents out by way of a literal Wall; those within are monitored by security personnel, cameras, and drones, the latter so ubiquitous they seem to have replaced birdlife. Appearance is everything, with plastic surgery de rigueur and buildings, furniture, and clothing all artificially aged to increase their appeal.

Although indoctrinated to be fearful of anything outside the Wall, Christine has dabbled in disobedience alongside the now-missing Jack. Her urge to rebel peaks when she unexpectedly falls in love, a relationship made impossible because the object of her affection is a servant, a person of colour, and a woman. Safetown isn’t just conservative in its approach to risks; it’s also racist, classist, homophobic, and transphobic. Having broken several of its hateful rules, Christine ends up exiled.

Because its themes are derived from reality, much of this novel feels frighteningly plausible. Safetown is endowed by an investment fund that manipulates international markets. The enclave’s technological Safetynet combines the mind-reading qualities of social media algorithms with the emotional manipulation of the 24-hour news cycle and, as Christine discovers, losing access means being cut off from everything she knows. The Wall allows ingress only to service workers, people of colour who the fair-skinned residents rely on to do their dirty work but refuse to live alongside. The city is privatised, homelessness criminalised, and academics censored.

Coleman’s world shimmers on the page like a heat haze. Because of climate change, the light in Safetown is blinding and its temperatures stifling, mirroring how its inhabitants are wilfully blind and stifle themselves and their neighbours. The struggle for existence in the wastelands outside the Wall is visceral and terrifying, with desperate exiles succumbing to their base desires, ‘brain-burned’ by heat and banishment.

Understandably, Christine suffers psychologically both inside and out of the enclave. Built to be passive, expulsion from the only life she’s ever known is so disorienting that she often finds it difficult to act, even as push and pull factors scream in each ear. The adherence to believability might be seen as disadvantageous, as the action slows and becomes circular. Christine is a hard character to get to know, but what else could she be? She barely knows herself.

Luckily, the horror of life in the wastelands and on Safetown’s news isn’t the full story, and Christine soon learns the benefits living beyond the Wall. While the Melbourne of Enclave at times feels too good to be true, especially given humanity’s capacity for greed and prejudice as demonstrated in the enclave, the sense of optimism is welcome. If Safetown feels feasible, then it’s good to think the inverse is possible, too.