The literary festival that connects storytelling with place

The Northern Territory Writers Festival returns to Larrakia Country for four days of stories and culture.
Thuy On 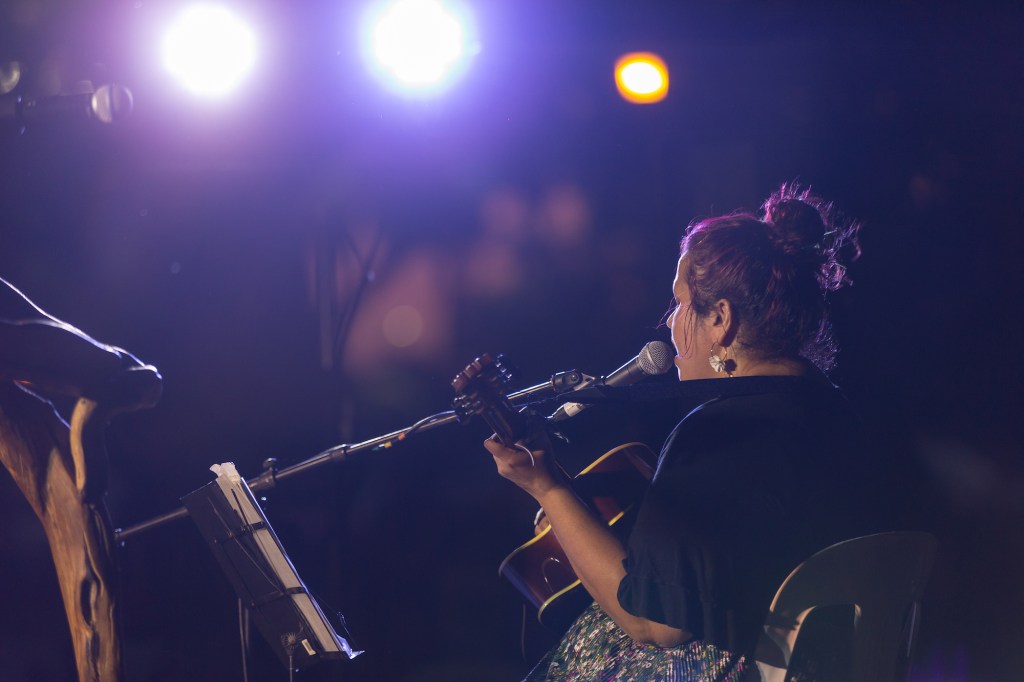 ‘The Top End is Saltwater Country – Darwin is Larrakia land – and you do think about the way the light catches the seas that surround us. So I think this year’s theme of balarr or “catching the light” beautifully captures the sense of place in the Top End,’ said Northern Territory Writers Festival (NTWF) Artistic Director Rita Horanyi, describing the reasoning behind the leitmotif for this year’s Festival program.

A four-day immersive event that alternates each year between Darwin and Alice Springs, the 2022 NTWF is returning to Garrmalang | Darwin from 23-26 June at the Museum and Art Gallery of the NT and surrounds.

‘When I was programming the festival, I thought about the fact that Territory stories come from a particular place, about where we are and where we’re situated. This year’s theme also speaks to the concept of truth-telling and moving on from periods of darkness, of trying to find hope. Ideas I thought were particularly resonant for our times,’ Horanyi explained.

Making her directorial debut at the Festival after having previously worked within its programming team, Horanyi noted that the full line-up of guests won’t be released until May. Nonetheless, she did drop the names of a quartet of literary luminaries among those headlining the Festival this year: Hannah Kent, Tony Birch, Delia Falconer and Larissa Behrendt. With a wry chuckle, she added, ‘Well, that’s provided no one gets COVID.’

NTWF also plans to take advantage of access to outdoor spaces, not just to mitigate against pandemic-spreading crowds inside, but to celebrate Darwin’s natural beauty.

‘We have gorgeous site-specific events outdoors in natural environments with writers and environmentalists. And we’ll have a story tour at Parap Markets, a pretty famous Darwin weekend spot and tourist attraction. There’ll be writers talking about the produce there and sharing stories about culture and food.’

NTWF 2022 will feature almost 40 events over the four days with some 70 artists participating.

‘There will be around 15 interstate visitors, and artists from around the Territory. We’ll have panel discussions about important topics, but also night-time performances and readings, including a storytelling event on Saturday featuring a range of different genres and forms,’ Horanyi said.

‘We’ve tried to embrace a broad concept of storytelling, because this allows us to more fully embrace a diverse range of voices and cultures’ she added.

An added sweetener for visitors to the Northern Territory is the early-bird Festival pass and travel subsidy, thanks to support from the Regional Arts Fund.

‘Accommodation in June can be quite tricky, but we have a really exciting travel subsidy available for intra and interstate guests to help them get to festival for less.’

For visitors down south, often freezing in June’s wintry weather, Darwin offers perfect weather at Festival time, with blue skies and 30 degree days. Ideal, in fact, for evening events where you can sit outside beneath the stars and contemplate ‘what makes Darwin such a lovely place to be.’