Stonnington Jazz: The Next Generation 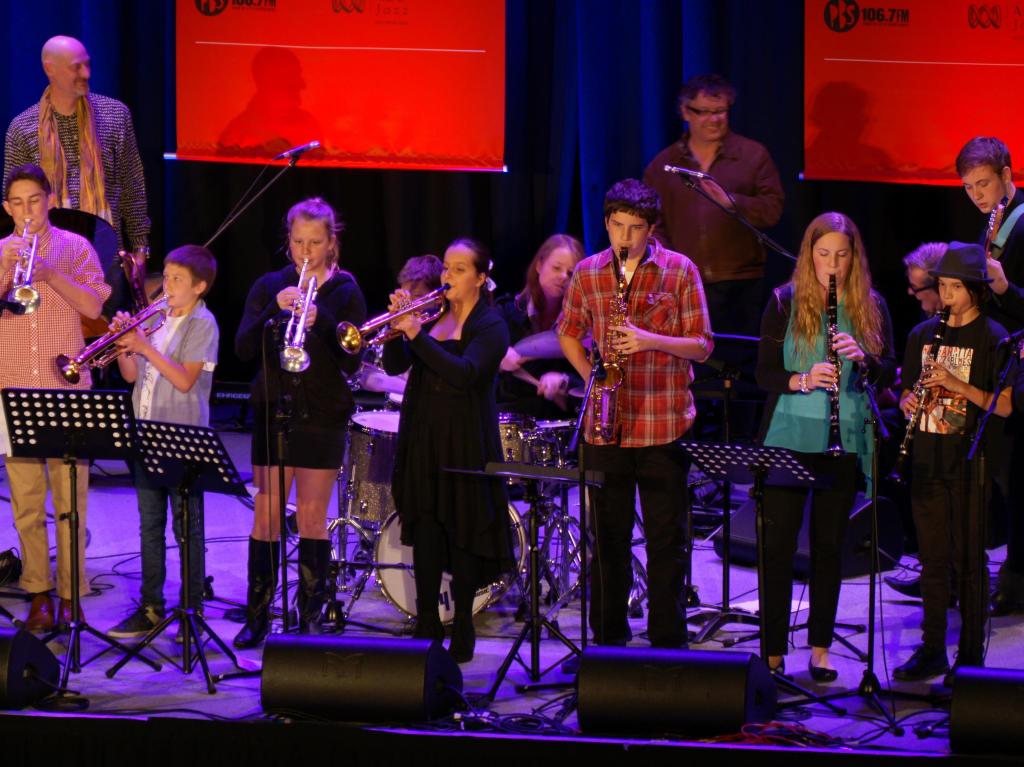 With a blossoming international career, Sarah McKenzie’s return to Stonnington Jazz 2014 is something of an emotional milestone. ‘Stonnington gave me my first big start when I had just graduated from Western Australian Academy of Performing Arts (WAAPA),’ McKenzie says.

‘Sarah McKenzie first performed with us simply as a guest vocalist with James Morrison, the next year she came back with her own band, the year after that she was featured with her own band plus Graeme Lyall’s Generations in Jazz Big Band, so there’s an impression each time with Sarah’s profile getting stronger and stronger,’ Jackson says.

McKenzie cannot speak more highly of her mentors James Morrison and Graeme Lyall. ‘These are two of the greatest men in Australian jazz,’ she says. ‘I have known them both personally from the age of 16 and both gave me direction musically and personally.’

This year, James Morrison, AO, introduces two of his greatest achievements to the Stonnington limelight in the James Morrison Inheritance: his sons William (guitar) and Harry (bass). On 22 May, with Morrison Snr on trumpet, trombone, flugelhorn, saxophone and piano, the Morrison clan will give audience members a taste of what it’s like to grow up in one of Australia’s pre-eminent musical families. The Morrisons will be joined by David Jones (drums, percussion) and another James Morrison protégée, Hetty Kate (vocals).

The Denis Ball–Eugene Ball Sextet is another Stonnington Jazz outfit that will have audiences pondering whether jazz is nature or nurture. Multi-award winning trumpeter, Eugene Ball has played with musicians including Satoko Fujii (Japan), Tim Rodgers and has supported Al Green. Since the 60s, his father Denis Ball (clarinet), has shared the stage with such notable bands as the Yarra Yarra Jazz Band and The Storyville Jazz Band. On 18 May, the Balls will be joined by Steve Grant (piano), John Scurry (guitar), Howard Cairns (bass) and Allan Browne (drums) in a concert inspired by family teamwork and healthy competition.

Stonnington Jazz Coordinator, Liz Smallridge, emphasises that the festival’s interest in new talent is partly based on having an eye on the future. ‘At Stonnington, we’re looking at who can benefit from the festival, not just our shops and our residents, but the future of the art form and the arts as a whole,’ she says.

To this end, Australian jazz legend, Bob Sedergreen, in collaboration with festival patron, Allan Browne, head up the Stonnington Youth Jazz Initiative, a program open to school students who live in or attend schools in Stonnington.

On 21 May, in the intimate environs of Chapel Off Chapel, Bob Sedergreen and the Stonnington Youth Jazz Initiative play music associated with some of the great saxophone players including Sonny Rollins, John Coltrane and Brian Brown. In the following set, Sedergreen presents his own interpretations of compositions by great American jazz pianists.

Another great musician and educator, Vince Jones, performs in concert with staff and students from the Sir Zelman Cowen School of Music, Monash University on 17 May. Dubbed the Monash Sessions, the group will perform music from Jones’s latest album of the same name, written while undertaking a teaching engagement at Monash University in 2013.

With its ability to preempt international recognition, Stonnington Jazz is excited to host Joseph O’Connor for the first time in 2014. Aged 24, O’Connor won the prestigious National Jazz Award 2013. This year he was recognised as the Young Australian Jazz Artist of the Year at the 2014 Australian Jazz Bell Awards. On 22 May, O’Connor will present one of his own compositions, accompanied by Marty Holoubek (bass) and James McLean (drums).