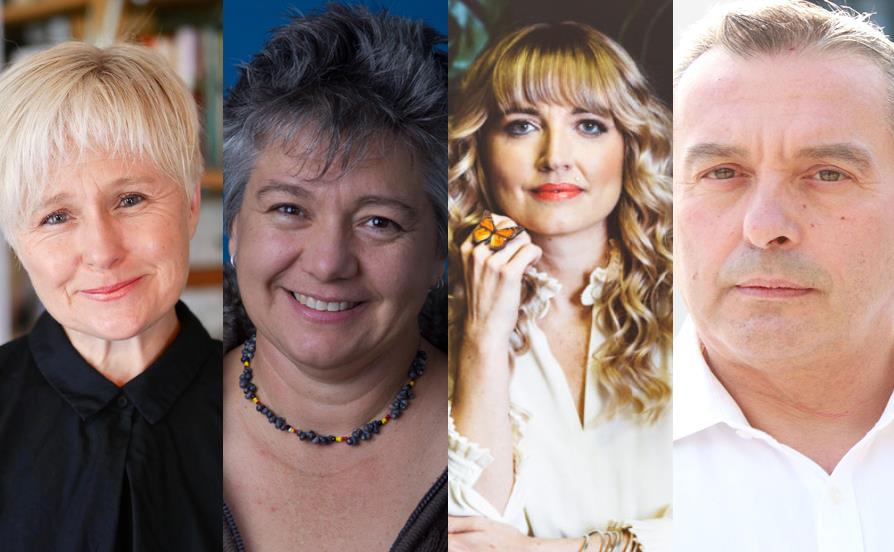 Each issue of Griffith Review ‘works a little bit like a festival,’ according to the journal’s editor Ashley Hay.

‘You come for the names that you know, and then you discover the people that you don’t know as a result,’ she said.

First published in 2003 and featuring a diverse range of new Australian writing in each edition, Griffith Review has developed an enviable reputation across its 70 issues to date.

Each issue is themed, featuring a compelling blend of fiction, poetry, non-fiction and reportage from emerging and established voices.

‘Part of Griffith Review’s role in the broader literary landscape or literary ecology has always been finding a way of bringing those new voices in and placing them alongside established names inside the journal,’ Hay said.

‘This then gives those emerging writers the chance to participate in literary festivals and writers’ festivals, media interviews and other sorts of professional development opportunities, either alongside established writers or as part of the kind of conversation around each edition.’

Writers such as Melissa Lucashenko, whose talent was first spotted by founding Griffith Review editor Julianne Schultz, have subsequently gone on to develop award-winning literary careers.

‘For Melissa, that was a significant step in her writing career, and it also established a relationship where she has contributed other fantastic pieces to Griffith Review, including a Walkley Award-winning piece, and extracts from her fiction, as time has gone forward.’

The thematic approach to each issue allows Griffith Review to ‘essentially generate a conversation within its own pages,’ Hay continued.

‘The themes give us an opportunity to draw in new voices as well as work with more established people. But they also mean that the pieces within the book sit in relation to each other in different ways, which means that under Julianne, and through its 17-year history, Griffith Review has enjoyed a reputation of working actively in the thought leadership space.’

‘Through its 17-year history, Griffith Review has enjoyed a reputation of working actively in the thought leadership space.’

The thoughtful and careful curation of each edition of Griffith Review has resulted in its individual issues having a long shelf life.

‘We know that the people who buy Griffith Review do tend to keep it, they don’t tend to recycle the editions. People have collections of Griffith Review on their shelves; it is something that people refer back to,’ Hay said.

Griffith Review has a reputation for starting conversations that we need to have as a nation, around such topics as assisted dying (Edition 68: Getting On) and the state of the arts (Edition 44: Cultural Solutions), while its dedication to public debate and nuanced, long-form discussion has further bolstered its standing.

‘It’s not just about giving writers room to think and room to explore ideas or bring more elements of the story or more nuance into their narratives. It’s, again, the sense of the way nuance and complexity work across the pieces that make up each edition as a whole,’ she said.

Subscribers to Griffith Review – and those who have had gift subscriptions purchased for them – have access to a treasure trove of fiction, poetry and nonfiction stretching back across the journal’s 17 years, all of which is available online.

Currently navigable by issue, in the future Hay hopes to make this remarkable literary archive even more accessible.

‘One thing that I’m really interested in developing in the next year or so is a way of getting the archive to talk to itself a little bit more. So going back to this idea of the conversations that happen within each edition of the journal, there’s also the idea of the conversations that have happened between different volumes of the journal throughout its life,’ Hay told ArtsHub.

It’s an approach that aims to strengthen the rich veins of conversation Griffith Review has nurtured across its history.

‘There is an absolute wealth of ideas and stories and writing and voices in the archive, and one of the things I’m keen to do is work out how we can connect some of those dots for readers a bit more … I think it would be fascinating to discover new through-lines and new correspondences between the different pieces and the differently themed editions across that extended period of time.’