To be held in Brisbane in 2022, CIRCfest Meanjin aims to develop touring opportunities for Australian circus acts here and overseas.
Richard Watts 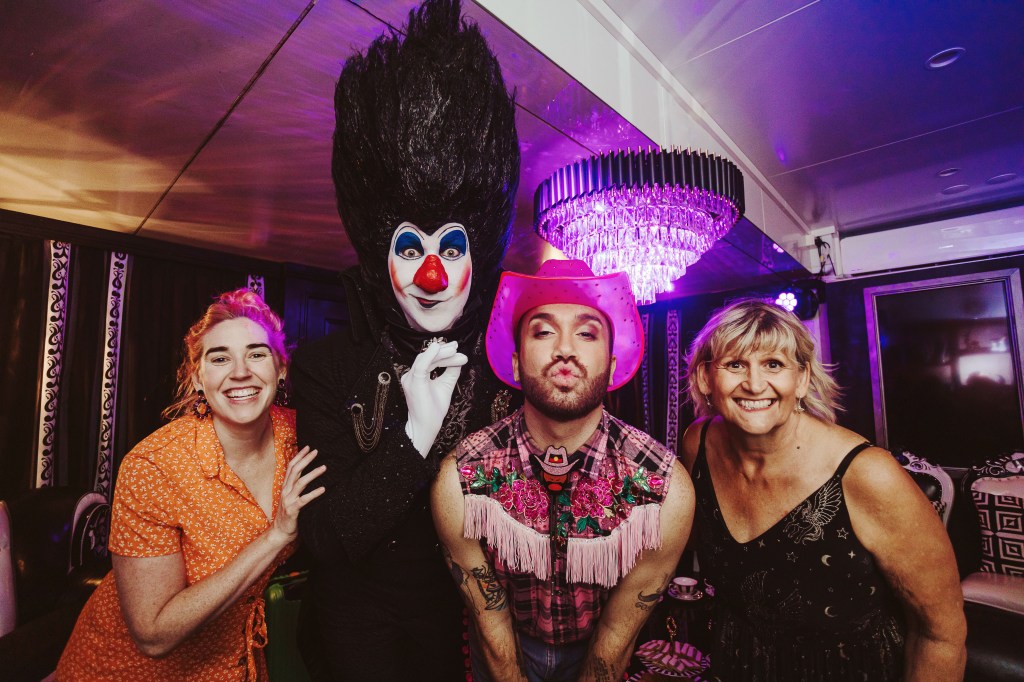 Internationally recognised as a circus city, Brisbane’s reputation will be bolstered with the addition of a new circus festival in April this year.

Running from 21 April to 1 May, CIRCFest22 Meanjin is produced by Cluster Arts in partnership with the international circus centre Tohu in Montréal.

The festival is supported financially by Brisbane City Council and the Federal Government’s RISE fund. It also has the support of the Australian Performing Arts Market (APAM).

‘The first festival will have a really strong focus on Brisbane artists, and that’s been a decision based around COVID and making sure people are able to be in our state,’ said festival co-director Deb Wilks.

‘But it will also feature the Victorian artists that we currently produce [at Cluster Arts] as well,’ she added.

The participation of APAM will allow the festival’s productions to be streamed to an international audience of producers and presenters, explained co-director Kate Malone.

‘We loved what APAM did in Darwin with their online platform and bringing together the Australian and international community,’ Malone said, adding that the festival was about ‘bringing together not only audiences but festival directors and programmers and venues around Australia,’ she said.

‘We’re also partnering with the Montréal Complètement Cirque over in Canada, at the Tohu venue, so there will also be a focus on Canada, with Australia and Canada being the two big circus countries. We’re working to get Canadian venues and festivals to see the Australian work and then over the next few years doing cross-collaboration with them as well,’ Malone added.

Catherine Jones, APAM Director said, ‘The APAM office is looking forward to partnering with CIRCFest Meanjin in 2022 on ways to connect artists, presenters, and producers nationally and internationally with Australia’s thriving circus and physical theatre community.’

In the future, it is hoped international artists, buyers and presenters will be also be able to attend the festival as borders reopen.

CIRCfest Meanjin 2022 is the latest in a series of circus festivals presented around the country, including Borderville (held annually in Albury-Wodonga each December and presented by the Flying Fruit Fly Circus), the Australian Circus Festival (held in Brisbane and featuring a cross-section of circus acts, including social and community circus as well as traditional circus practitioners), the National Circus Festival (held in Mullumbimby, with an emphasis on training and skills development) and Karnidale: the Western Australian Circus Festival.

Wilks said CIRCfest would complement the existing circus festivals rather than compete with them.

‘This will be more like a market in the end, where you will come to see brand new circus work presented in in a professional venue,’ she told ArtsHub.

‘It’s really about developing the companies’ level of sustainability and opportunities for them to find work and tour within Australia and overseas.’

Malone said the festival program has been developed in order to ensure participating artists and companies could showcase their work under optimum conditions.

‘The festival is focused around the artists … We’ve taken everything that we’ve learned, the good and bad of working in festivals over the years, and we’re putting that all into CIRCfest,’ she said.

Unlike presentation opportunities at Fringe Festivals, for instance, which may be staged in a tent and compromised by sound-bleed and the need for rapid change-overs between shows, CIRCFest productions will be staged ‘in proper theatres,’ Malone continued.

‘There’s only a few shows in each venue and that gives enough turnaround time so that the artists can present the best possible show that they want to present, showcasing the work in a way that the artists want it to be seen,’ she said.

The program will also showcase the diversity of the contemporary circus sector, Wilks said.

‘We got over 200 artists, of which 50% will be black. We’ve got equal numbers of women … and it’s not like we’ve sort of gone and ticked a box. This is just the work that we produce all the time,’ she concluded.

This article was originally published on 8 December 2021 and has been updated subsequently.