From humble beginning as an outdoor circus workshop in Brisbane, Flipside Circus has grown into Queensland’s largest youth arts organisation, and is celebrating its 20th birthday anniversary fundraising gala on 16 November.
Cathy Anderson 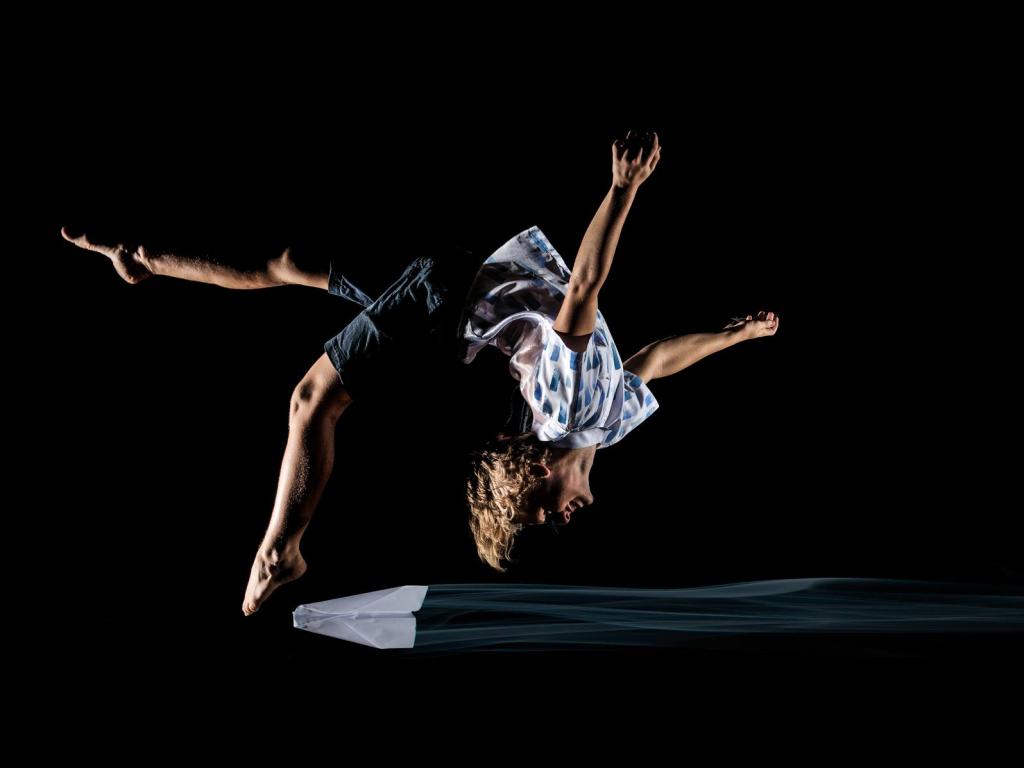 Flipside Circus is turning 20 and it is planning a huge birthday gala celebration. Image: Dylan Evans

Flipside began as a gathering of families and circus artists in Orleigh Park in Brisbane’s West End. Fast forward 20 years and Flipside now introduces the circus arts to 37,000 young people annually and recently reached its one millionth audience member.

But big numbers don’t mean big boots, according to CEO and Creative Producer Robert Kronk. He said Flipside has maintained its community focus as it grew in size and offerings, from the park to a church hall, to the Stores Studio within the Brisbane Powerhouse, and now to its current 1500sqm warehouse space in the suburb of Alderley.

‘We are only where we are because of the strength of our community,’ Kronk said. ‘It is grassroots participation and the circus arts community. I think that’s the strength of Flipside to work with both of those communities simultaneously.

‘We have done that by balancing our four key programs. That can be a juggling act at times but we are a circus, that’s what we are good at.’

Flipside has four key streams in its vision to support Brisbane’s renowned circus culture. Its training programs include a circus school (with around 360 students enrolled, from as young as 12 months and an emerging adult class); an artistic program of performances created by young people; social circus programs which include outreach workshops for regional youth and those with disabilities; and support for local and visiting circus artists to train, share skills, and create new shows.

Flipside began as a series of outdoor workshops for young people. Image supplied.

Kronk said Flipside has flourished over the years because the circus arts offers young people multiple benefits. In part it’s the physical skills of fitness, hand-eye coordination and balance, but it also unleashes creativity.

‘As an artist I think circus is a fantastically powerful way of expressing yourself and telling stories,’ he said. ‘You can unpack a moment and an emotion and a thought much better than a lot of art forms and that is a really powerful magnet for circus.’

Kronk said the sense of achievement in nailing a skill, trick or apparatus can be ‘intoxicating’.

‘The underpinning of Flipside, which is working hard, showing off, taking risks, trusting each other, dreaming, actually is more than just a thing we say, it is what happens here,’ he said. ‘There is a whole suite of life skills that come with working in circus. It spans the nexus between sport and art, athleticism and artistic expression.’

Students are encouraged to take control of their creativity, particularly with respect to performances. Up to four shows are produced each year, and there are two key events in November; the Flipside Circus 20th Anniversary Gala on Friday 16 November and the Flipside Circus Cabaret Show on Saturday 17 November. The Cabaret show will be performed by Flipside’s performance troupe, who are aged eight to 17.

The Cabaret is now in its second incarnation. Kronk described the production as a fantastic opportunity for artists to push themselves, to take up directorial roles and also breach their comfort zones by tackling apparatus or skills they may not be used to.

‘What I love about Cabaret Show is that the reins are really handed to our young artists’ he said. ‘The beauty of cabaret as a form is that it lets us switch from the silly to the sublime in five minutes. It’s a great opportunity to experiment and try new things.’

The 20th Anniversary Gala will offer performances from aerialists, bears with tutus, acrobats, comedy, and much more from Flipside artists, trainers, as well as special guest artists and alumni from the organisation over its 20 year history. Money raised from the event will help to fund a move to a permanent home in Brisbane from Flipside’s current Alderley premises.

Kronk said a new venue will allow Flipside to become an even greater presence in Brisbane’s arts ecology, which is part of his vision as CEO.

‘Whilst moving is a bit daunting and scary, it is a fantastic opportunity for Flipside to take ownership of its own destiny. We are working to create a space that we can have permanently; a home for Brisbane circus and youth arts – and that is an incredibly valuable resource for the community and the arts community,’ he said.