When the Rain Stops Falling

A wonderful revival of this taut play by Andrew Bovell; the interconnected stories of two families over four generations.
Lynne Lancaster
[This is archived content and may not display in the originally intended format.] 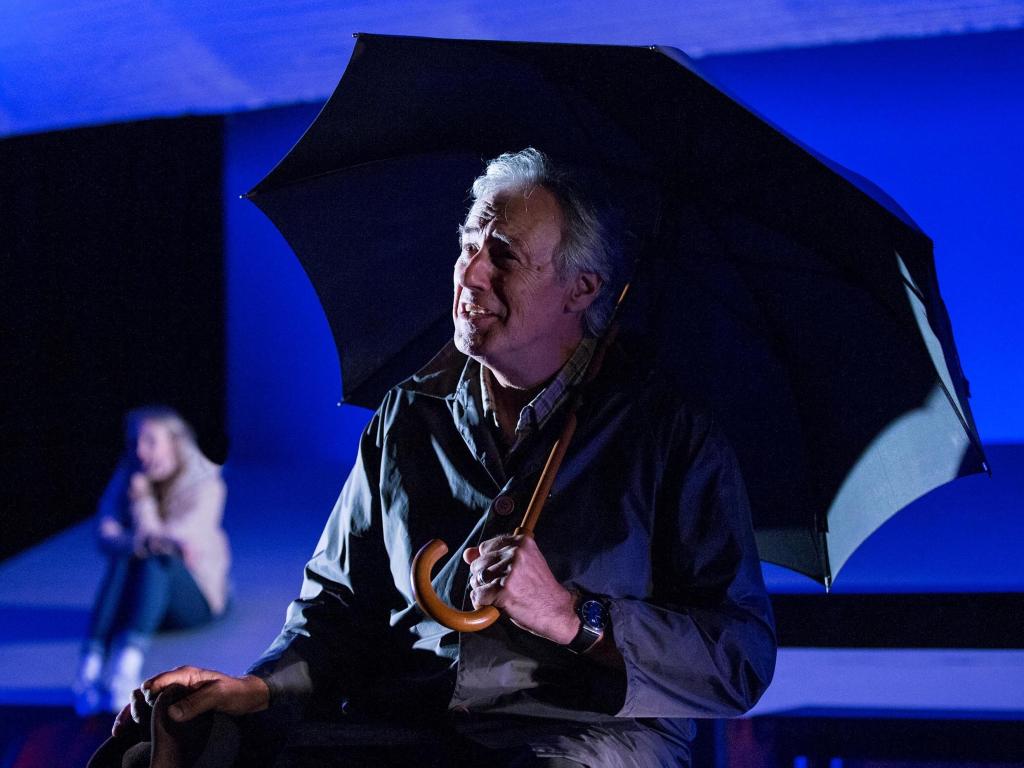 The strangeness and disorientation starts right from the beginning of this award-winning play by Andrew Bovell (who also wrote Speaking In Tongues, filmed as Lantana). As we enter the auditorium we are hit by the sound of a relentless tropical rainstorm. The play opens in the future – the year 2039 – as a man stands amid an apocalyptic deluge of rain, and a fish falls out of the sky. He screams. In 2039 fish are extinct, apart from a rare, rumoured few, served ceremoniously and secretly to a select few in exclusive restaurants.

Over the course of the tightly structured play we then jump back and forth in time, apparently randomly, with characters from different time periods – sometimes older and younger versions of the same person – often overlapping on the stage. The action jumps geographically between London and Australia and, time wise, between 1959 and 2039.

Eventually the linked stories emerge of two apparently unrelated families, one in London and one in Australia, who have been scarred in different ways by abandonment, tragedy, unspoken love and hidden secrets.

Environment and climate change are also a major theme of the piece, as is the experience of parenting, father/son relationships, and the way a family copes with the accusation of paedophilia: how it affects the accused and their family members – some of whom do not really cope at all.

Londoner Gabriel Law has been raised by his mother ever since the abrupt departure of his father when he was a boy. Gabrielle York, an Australian, has endured the murder of her eight-year-old brother and the subsequent suicide, years apart, of both her parents. The two meet at a roadhouse in Australia, fall in love, and discover unexpected connections.

The crucial scenes occur in London in 1988, where the 28-year-old Gabriel Law confronts his restrained, aloof, alcoholic mother. We then learn that Gabriel’s father mysteriously decamped to Australia when the boy was seven, sent his son seven cryptic postcards from the Outback, and disappeared at Uluru. Going back in time, we discover the reasons for the father’s exile; and, as Gabriel heads Down Under to retrace his father’s footsteps, we move forwards to see how the past shapes the future.

Bovell’s hypnotic, poetic use of language and his unusual plotting structure make for a gloriously written and gripping script that is dramatically unpredictable and yet piercingly beautiful. Some of the monologues are outstanding and the dialogue is magnificent.

Under the terrific direction of Rachel Chant the strength of the ensemble of seven is obvious, each of them individually tremendous. Our attention to all the various twists and turns of the play are carefully piloted. Helen Tonkin as the older Elizabeth is hypnotic in certain silent sequences – a haunting study of inner struggle and sorrow. Tom Conroy as Gabriel gives a pared down, extremely revealing performance, full of questioning vulnerability.

Hailey McQueen as the younger Elizabeth is beautiful and absorbing. David Woodland as Gabriel/Henry is compelling and commanding, while Peter McAllum as Joe Ryan is terrific, making a small role into a profoundly moving and meaningful one.

This is a gripping production that asks searing questions, with splendid performances all round.