Inspiring, intensely powerful, and laugh-out-loud hilarious, this show should be compulsory viewing for all Australians.
Sofia Monkiewicz
[This is archived content and may not display in the originally intended format.] 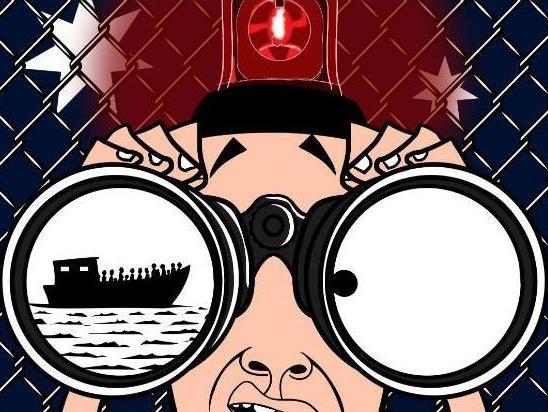 “For those who’ve come across the seas, we’ve boundless plains to share.”

This friendly and inviting sentence appears in the second verse of the Australian National Anthem, and there is no doubting what it means. Australia is an expansive country, and these words clearly refer to the welcoming nature of our people toward the other residents of Planet Earth who wish to create a new home within the borders of this wonderful country.

But as we are all bitterly aware, Australian immigration policies tend to counteract the simple words of our national tune. From the inhumane conditions of detention facilities and the sordid treatment of asylum seekers who risk their lives in an attempt to reach Australian shores, to the overwhelmingly negative attitude held by over half of our national population toward these terrified survivors, the entire situation often seems hopeless and hypocritical.

Comedian Tom Ballard explores the truth of these policies in his new show Boundless Plains to Share, providing an educational and comical perspective on what we can do to make the future of Australian immigration slightly less bleak.

It seems like a difficult task as a white Australian man to tackle the underlying racism in this country without portraying an uncomfortable level of privilege and arrogance. Ballard masters this challenge; his fervent storytelling and candid frustration at the mistreatment of refugees is captivating, and he incorporates a balanced amount of self-deprecation to maintain an honest and raw performance.

Ballard is already a known and likeable name in the Melbourne comedy scene, and his usual stand-up routines are notably funny. Boundless Plains to Share is something special though. It combines Ballard’s natural comedic abilities with his passion for political activism in a 70-minute thoroughly researched rant, which both empowers and entertains. His natural enraged hilarity works undeniably well in a show that focuses on some truly rage-worthy topics, and it is near impossible to listen to his words and not feel drawn to make a change.

Directed by Tripod’s Scott Edgar, and aided by a large slide show projected onto the backdrop of the stage, Ballard discusses issues that range from uneducated news stories and inane media influence, to the physical and emotional journeys of asylum seekers and their families. He covers the history of Australian immigration in around 15 minutes (an admirable feat), and provides an endless stream of statistics that support his effort to challenge perceptions and clarify any confusion about what is wrong with the way things currently are.

Whenever it seems as though the content might be disheartening his avid audience, Ballard throws in a witty one-liner, a funny picture of a politician or a cute animal meme. His ability to guide the emotions of his listeners is excellent; his show is the perfect balance of laugh-out-loud humour and shattering heartbreak. He did spend a little too much time ridiculing a latecomer, which didn’t feel entirely necessary, but it brought some additional humour to the show which resulted in continued laughter from the full house.

The technical aspect to Boundless Plains to Share is important to note. Lights and music are used sparingly, mainly to separate the various sections of the performance and to assist when Ballard incorporates the audience into his show. The PowerPoint presentation is key to the success of this comedy event, as the projected slides need to seamlessly match up with the fast pace of Ballard’s words otherwise the punchlines can be easily ruined. For the most part, the technical operator was an impressive slide-changing machine, but not all changes were smooth, with a couple of jokes falling short due to a slide appearing too early.

Boundless Plains to Share is a lesson in politics, a lesson in history, and a lesson in what it should mean to be a citizen of this nation. Perhaps it will inspire more people to stand together and make a difference, and perhaps it will educate those who still continue to yield a negative attitude about asylum seekers. Either way, Ballard’s political proclamation is inspiring, intensely powerful, and laugh-out-loud hilarious, and should be compulsory viewing for all Australians.