Woyzeck is a popularly staged play written by German playwright Georg Büchner in 1837. The original work was never finished, because Büchner died before he could complete it, and is said to have left behind four unfinished manuscripts.
Rita Dimasi 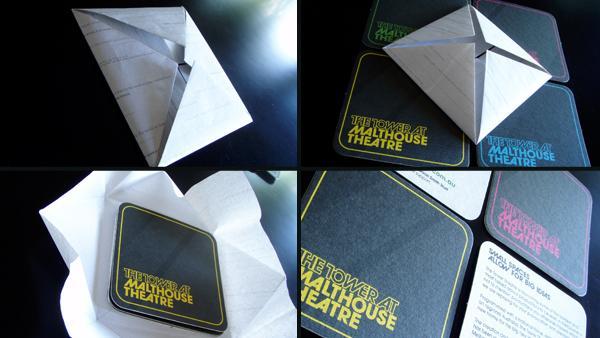 Woyzeck is a popularly staged play written by German playwright Georg Büchner in 1837. The original work was never finished, because Büchner died before he could complete it, and is said to have left behind four unfinished manuscripts.

However in an ingenious stroke of fate or posterity, or whatever it is that makes the stars collide and create a success, Woyzeck is still a regularly performed work through constant re-readings and re-productions by a litany of writers, directors and musicians. In fact it has been noted that Woyzeck is one of the most performed and influential plays in the German theatre scene.

Austrian composer Alban Berg also completed an opera version Wozzeck, in 1922, and there have been many film versions made. Werner Herzog’s 1979 version starring Klaus Kinski and Eva Mattes, premiered at the Cannes Film Festival.

The story of Woyzeck is said to be based on a true story, and the tale is simple. Like other iconic tales of jealously, insanity and absolutely devastating dramatic conflict, Woyzeck does not hesitate to suck the audience into the most disturbing elements of human nature. Othello for example comes immediately to mind as a comparative narrative.

Woyzeck is a soldier, and one that seems to be functioning under a high level of stress and disorder. His true love Marie is a pragmatic woman with a young baby, who’s own desperately needy relationship with men is at the heart of Woyzeck’s paranoia.

The two strong themes in this play a clear – the identity destroying affect of institutionalized violence, namely the armed forces. And the subsequent de-humanizing fallout – which presents itself in a deranged young man darkly obsessed with his lover’s unfaithfulness.

Critics regard Georg Büchner’s Woyzeck as the first truly modern play, which is also said to be one of the first studies of modern warfare on the stage. The play is said to have influenced a number of movements including Naturalism and the modern Theatre of the Absurd.

The current Malthouse adaptation of Woyzeck is compelling. It starts as it means to go on – loudly and dramatically. The original music composed by Nick Cave and Warren Ellis fits the play so perfectly that I can’t imagine anything else. The strong melody and fearless melancholy that is so much part of Cave’s own body of work is a neat musical symbol of Woyzeck’s distress.

And Michael Kantor has managed to hold an impressively steady hand in a production that could easily have become a mish-mash of rock star music and gothic story telling.

The set designed by Peter Corrigan is smartly put together to allow full access to all of the dramatic elements necessary in a story like Woyzeck. Look out particularly for a chorus of dark angels sent from the heavens, and a drugged soldier reeling in the shadows.

Performances across the cast are strong. Of note Tim Rodgers moves perfectly in his Greek chorus-like role. Bojana Novakovic sings her heart out as Marie, and Socratis Otto makes us cry for his desperate Woyzeck. The skilled musicianship of Peter Farnan (music direction) Simon Burke (assistant musical director), Xani Kolac (electric violin) and Dan Witton (double bass) is a great reminder why we should teach our kids an instrument – because one day they too could have so much pleasure (and ability) in their work!