A live orchestra accompanies this famous but infrequently performed production with words by Henrik Ibsen and score by Edvard Grieg.
Ned Hirst 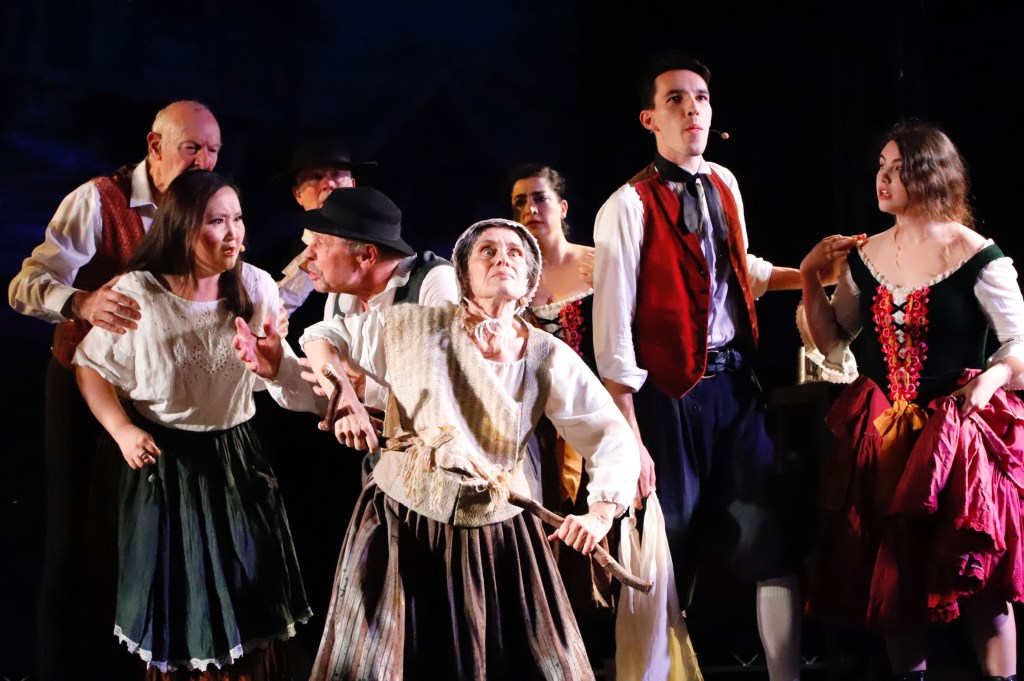 ‘The manifold parts of this production add up to an impressive whole.’ Photo by Marion Wheeler

Peer Gynt is a sprawling epic, traversing decades and continents and veering into mythic folklore and abstruse symbolism. Quite apart from the massive cast required to stage it, Edward Grieg’s famous score also requires a full orchestra. The play is also very long; Ingmar Bergman’s 1957 production ran for five hours.

When you take all of that into account, and add to it the difficulty of translating Ibsen’s multifarious verse forms into English, it is unsurprising that Peer Gynt has rarely been performed in Australia; in fact, this production was advertised as the first in Australian in which Grieg’s music was performed live.

Endangered Productions and director Christine Logan must be congratulated, first for taking the play on at all and, more importantly, for pulling it off. This was the first performance of a new translation by May-Brit Akerholt, who also serves as dramaturg. Her translation runs for three hours including intermission which, although breezy compared to Bergman’s version, is a significant thing to stage. It is never dull, however.

This is partly because Ibsen’s play is so engrossing, by turns funny, disturbing and remarkably modernist (I was reminded of Harold Bloom’s quote, ‘I cannot think of any other Western dramatist of true magnitude who is as consistently weird as Ibsen’) but also because Philippe Klaus gives a wonderfully engaging performance as Peer.

Peer is a difficult balancing act because he is such an unlikeable character. One might reasonably wonder why so much time should be spent on a man so ruthlessly dedicated to the pursuit of his own self-interest before being redeemed (or not, as the audience may think) by the love of a woman he patently doesn’t deserve. In a sense, though, Ibsen is ahead of his time in tackling what might now be called toxic masculinity. And, in any event, the play’s thematic interests are much wider than Peer as a man and there is dramatic interest in his Faustian decline.

Of course, one of the reasons the play holds the audience’s attention is Grieg’s score, and the orchestra in this production, led by Fiona Ziegler, is fantastic. Special mention should also be made of Emily Turner, who gives a wonderful performance as Solveig, particularly in the only solo vocal performances in the production.

While there are moments when it doesn’t quite cohere, the manifold parts of this production add up to an impressive whole.