A finely wrought and harrowing piece of theatre and a highlight of the 2022 Adelaide Festival.
Richard Watts 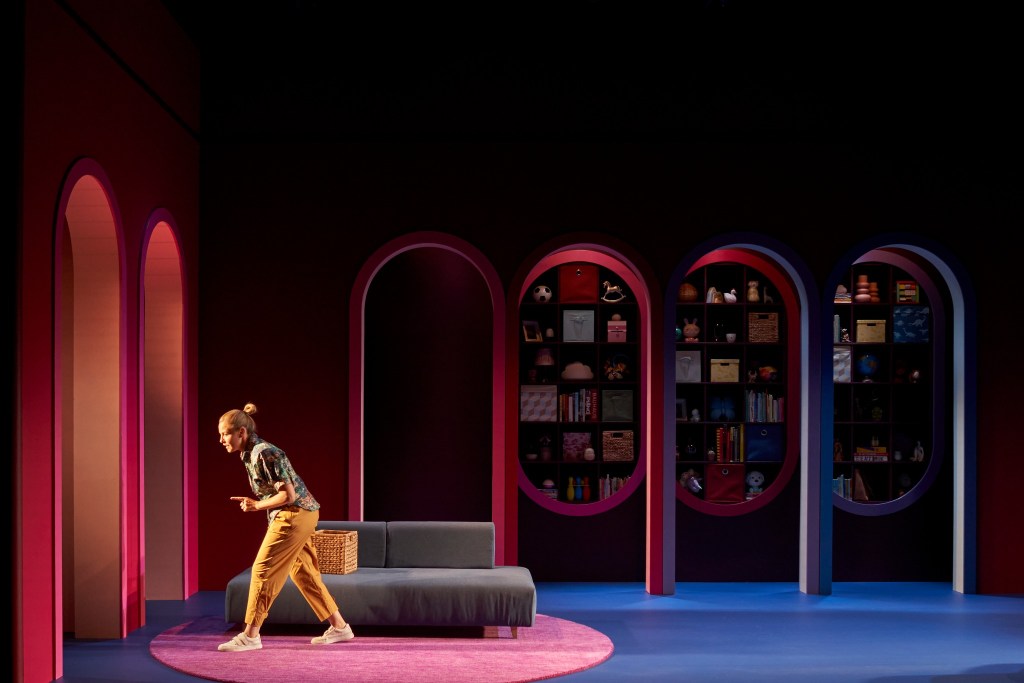 There is a moment in this finely wrought, skilfully directed and superbly performed production, just before it descends into horror, in which actor Justine Clarke (playing the otherwise unnamed Woman) turns to the audience, and tells us:

Days after seeing this State Theatre Company of South Australia (STCSA) production, those words still bring tears to my eyes. Not just because of what they presage, but because of what they represent: a solicitous reminder by playwright Dennis Kelly that what we are watching is theatre, and simultaneously, a stark warning that the fictionalised events of this drama play out all too often in everyday life, in homes around the globe.

Girls & Boys is not a comfortable piece of theatre by any means, though it is often raucously entertaining thanks to its protagonist, the frank and funny Woman. Her early descriptions of drug and alcohol-fuelled sexual encounters segue beautifully into sharply observed interactions in an airport queue, and later into stories of a fledging career in film production – a career that takes flight as her husband’s begins to nosedive.

These tensions in the relationship take on greater weight as the almost two-hour play tautly unrolls, but not before Justine Clarke has had ample opportunity to impress with her charm, her humour, and her deft physicality by turn. The Woman’s two children never physically appear, but Clarke helps embody them through gesture and phrase, kneeling to talk to one child just off stage, tucking another against her as she sits on the couch. Her care for them is palpable – as is the sense of menace that slowly builds as the play nears its climax.

Theatre reviews: The Photo Box and The Nightline, Adelaide Festival

As the play darkens, Clarke’s performance becomes even more impressive, aided by Mitchell Butel’s subtle and restrained direction; Clarke seems to age before our eyes, simultaneously thrumming with tension conveyed through clenched fists and a tightened, restricted posture. Nigel Levings’ lighting design aids in this transformation, transitioning us subtly from sunny beginnings to shadowy foreshadowing and ending with a moment of shining beauty, while Ailsa Paterson’s costumes and subtly gender-coded sets are equally effective.

A brief hint of polemic creeps into Kelly’s script near the end of the production, a TED-talk like tone that ever-so-slightly detracts from the power of Clarke’s performance, but that flaw aside, Girls & Boys is a superb piece of theatre; a harrowing highlight of the 2022 Adelaide Festival and a compelling rumination about society, masculinity, and the healing power of memory.