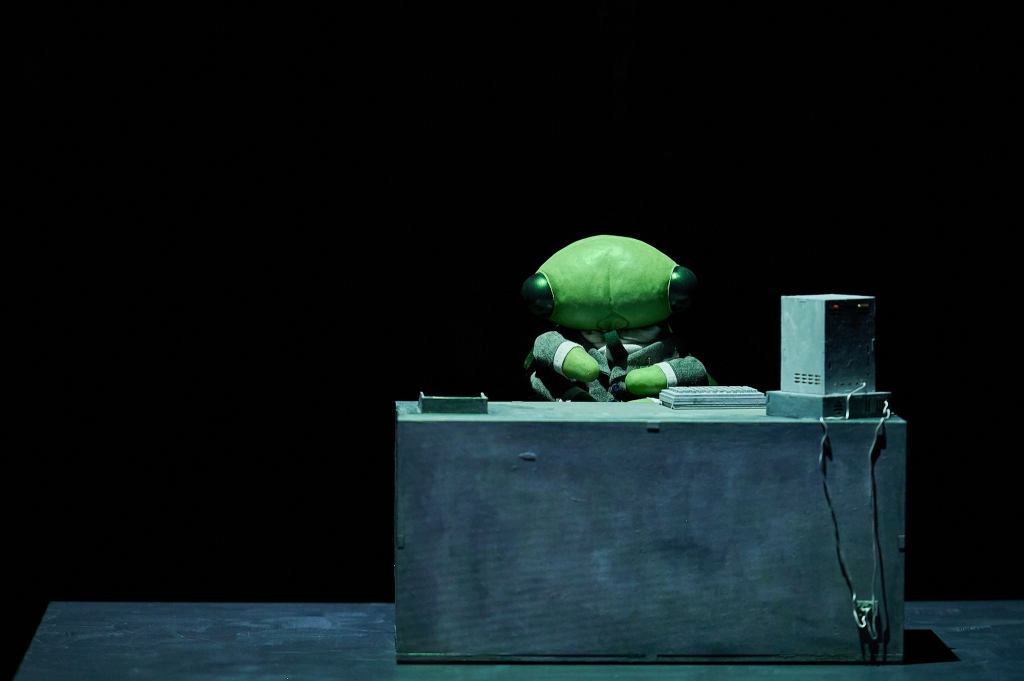 Adapted for the stage by Arielle Gray, Luke Kerridge and Tim Watts, Cicada feels surreal but intensely familiar, faithfully capturing Shaun Tan’s style and vibe through the use of innovative set design, props, and projection techniques. It tells the story of a single cicada, journeying through conformity to find a way to freedom. Light, shadow, projection, and silhouette play visually with size and motion, while a tickertape counts down; but to what? Tok, tok, tok…

Human company heads (well, minus the head) celebrate financial success while the little guy – literally- does all the work, reaping none of the benefits. Tensions snap to reveal a stunning transformation 17 years in the making, in which instinct attracts our cicada to the world above – a metaphor for personal growth, freedom, and flourishing – where transformation can triumph over stagnation, connection over isolation, and light can erode the darkness of monochromatic cubicles and greedy faceless suits.

Alternating between humorous and hopeful, this performance will hijack emotion, regardless of audience age. Children will love the puppetry, storytelling, jokes, and comedic sound effects. Adults will be amused and terrified by the recurring themes of conformity, capitalism, and abject alienation. The overt hostility of faceless suits accompanied by ominous music, artfully composed by Jonathon Jie Hong Yang, might feel confusing to young children who don’t fully absorb the subtext. However, humans and cicadas of all ages will love the audio/visual elements more than enough to compensate for any potential lapses in comprehension.

Above all, Cicada is a tale of endurance and freedom the entire family will enjoy. The climax is audibly and visually breathtaking, with generous helpings of comic relief to counterbalance the existential weight of the overall story.

Whether one finds the ending tragic or hopeful depends on subjective interpretation, but either way, the seed is planted, waiting to grow; the cycle will prevail.

Visually masterful, thematically brilliant, and beautifully executed, Cicada is this year’s must see performance for children, schools, and families. 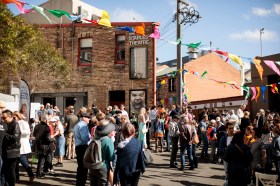 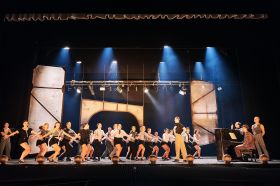 The famous Broadway musical, full of show-stopping numbers, was given a marvellous production by the musical theatre students at Queensland… 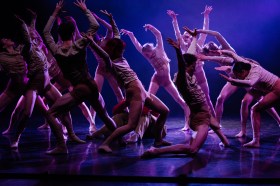