Queensland Ballet's The Nutcracker is a visually delightful production.
Charlene Li
[This is archived content and may not display in the originally intended format.] 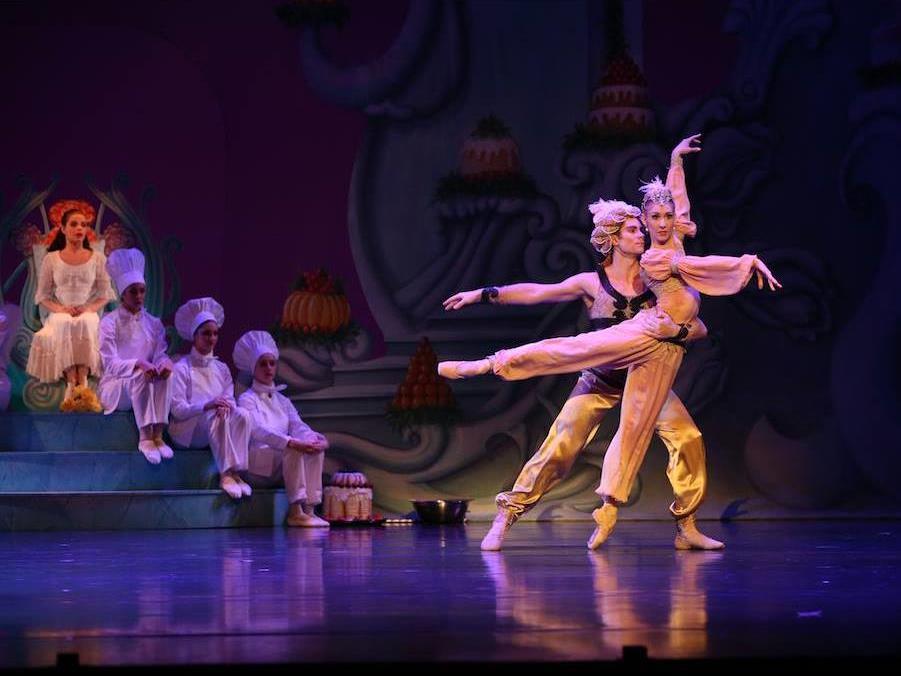 In the popular imagination, The Nutcracker ballet is one of those things that’s as synonynous with Christmas as reindeer and fir trees, but like reindeer and fir trees it’s not something one can reasonably expect to find at every Christmas in the Southern Hemsiphere. Fortunately for Brisbane audiences, the Queensland Ballet is rectifying that by making The Nutcraker an annual tradition. Currently in its third consecutive year, Ben Stevenson’s version of the classic ballet is as popular as ever, with tickets selling out months in advance.

Audience members coming to see the show who expect the usual assortment of comic antics and glittery scenes carried by Tchaikovsky’s famous music will not be disappointed by this year’s production. It’s polished and solidly entertaining. However, seasoned theatre goers and balletomanes may find this production a little prosaic and be left wanting more.

The first thing that’s apparent about Queensland Ballet’s The Nutcracker is that it’s a visually delightful production, with credit to Thomas Boyd for a set that transports audiences to a European winter wonderland. In the lead role of Clara, Teri Crilly is organic and convincing with all the enthusiasm and naivete of childhood. However, a more nuanced interpretation of this role might be one that’s child-like without seeming childish, and Crilly’s performance becomes the latter at times. Camilos Ramos is equally convincing and wickedly entertaining as Fritz, Clara’s boyishly mischievous older brother who terrorises poor Clara with his toy guns and companions.

International guest artist Qi Huan is charismatic and interesting as the Prince, guiding our protagonist on a journey through a fairy land of colourful scenery with equally colourful characters. Yanela Pinera is suitably regal as the Snow Queen, flanked by a stage of nimble snow flakes. The other ballerina role of the Sugar Plum Fairy is given an earthier, less dainty but nonetheless elegant treatment by Laura Hidalgo.

The standout performance of the second act, and arguably the entire show, is the Arabian duet by Lisa Edwards and Alexander Idaszak. They danced with a sensousness and fluidity that makes it easy to forget how fiendishly difficult some of the choreography is. Edwards’ already striking physical presence takes on a otherwordly quality in a resplendent costume straight out of a bazaar by Desmond Heeley, such that she outshines her partner – whose own performance isn’t lacking in any way.

Another high point is the Chinese duet by Yu Lingpeng and Zach Fang; their performance is acrobatic, in sync, and overall impressive as opposed to buffoonish in a way that might be seen as culturally insensitive in the eyes of modern audiences.

There’s no doubt that Queensland Ballet’s The Nutcracker is world class, but with all the talent on stage and off it’s hard to see the potential for more, whether that potential is to be realised with a departure from tradition or something else.