The Long Call by Ann Cleeves

Cleeves certainly knows how to construct a captivating, intricate plot with lots of unexpected turns.
Erich Mayer
[This is archived content and may not display in the originally intended format.] 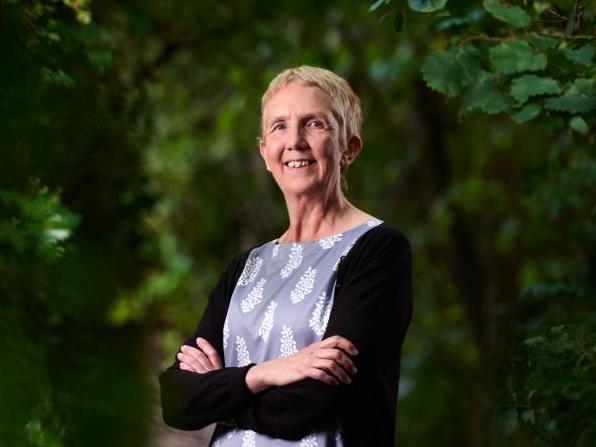 The cover design for The Long Call – like the covers for most of Ann Cleeves’s previous crime novels – is bleak. (As a matter of interest, the covers for some of her books that have been translated into a foreign language don’t follow this pattern.) However, readers know better than to judge a book by its cover, and The Long Call is by no means a bleak novel. The beach in North Devon, featured gloomily on the cover, is where some of the action in The Long Call takes place. It is among England’s loveliest beaches, with the added bonus of a view of Lundy Island, but in this book, the beach is a crime scene.

Not content with producing two of crime fiction’s most popular detectives, Vera Stanhope and Jimmy Perez, Cleeves has introduced a new detective, Matthew Venn. He is a charming and decent human being, recently and happily married to Jonathan, whom he refers to somewhat aggressively as his husband at any opportunity. Matthew’s upbringing in a strict religious sect still casts a shadow over him, although he has left the insular and restrictive beliefs of the sect far behind. Also featured in The Long Call is another detective, Jen Rafferty, a single mother of two, now free of an abusive husband.

Some crime novels, notably Agatha Christie’s, are strewn with clues and challenge the reader to beat the author’s detective to uncover the perpetrator. Other crime novels, such as those by PD James, focus more on justice and retribution. Cleeves’s Matthew Venn and Jen Rafferty are more human, more like ordinary people than Hercule Poirot or Commander Adam Dalgliesh. Mathew and Jen follow police procedure and their success depends not only on their acumen but on teamwork. For the reader of The Long Call, the fascination is not in out-thinking the detectives, but in watching with interest and excitement as they do their work and slowly but surely close in on the villains.

Cleeves likes to place her stories in a rural setting. North Devon is an interesting choice, with its influx of tourists in the summer and insufficient work for the locals in the winter. It is a place where a police officer can afford a house walking distance from the sea: when Matthew wakes up one morning, the ‘sun was shining again on the mound of Castle Hill, making the grass look new and impossibly green. He’d woken to a high tide; the sound of water outside the bedroom window had invaded his dreams.’ As the story progresses, the reader gets intriguing glimpses of the countryside.

The Long Call is a lengthy mystery with many twists and turns. It builds slowly to an exciting and satisfying climax, but the leisurely pace is deceptive; something new and surprising keeps happening. Cleeves certainly knows how to construct a captivating, intricate plot with unexpected events that, when all is revealed, lead to a satisfying and logical conclusion.