Its moving portrayal of ostracism elevates Seventeen above an appealing premise into great theatre.
Liam McLoughlin
[This is archived content and may not display in the originally intended format.] 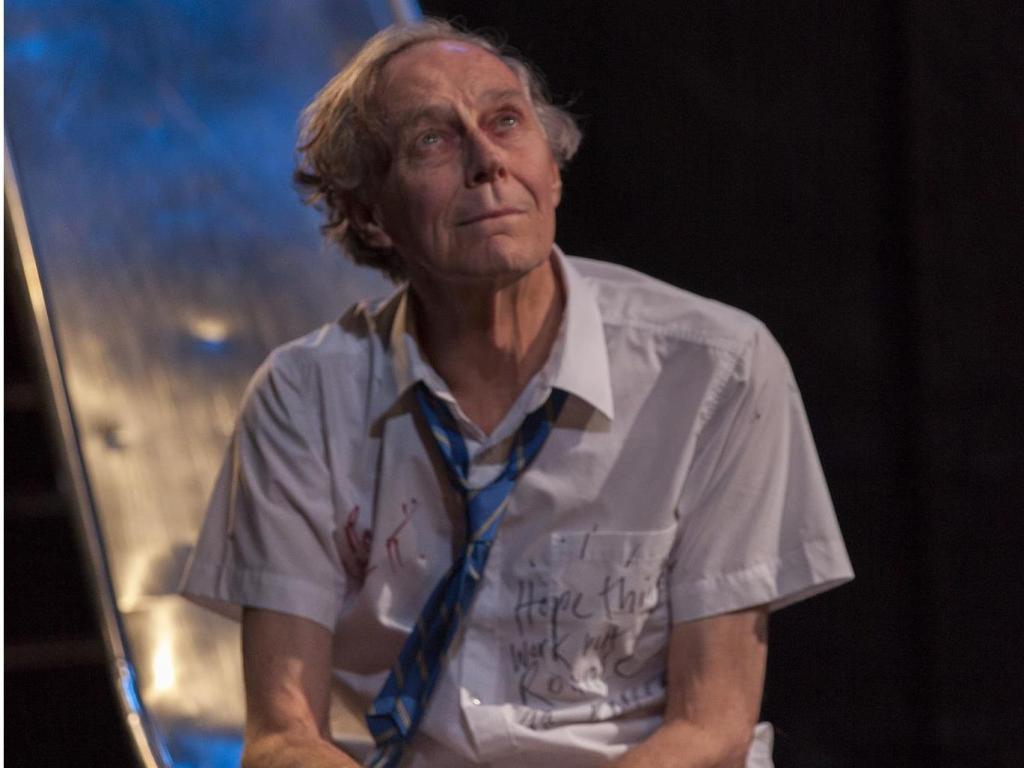 It’s the last day of school and the popular kids are feeling a confusing mix of triumphant jubilation and mourning for the end of halcyon days. For others, like Ronny, it’s a day which rams home his isolation: ‘Do you know how many people signed my shirt today, Ed? Three. Me and two teachers. I hate who I am. When I was a kid I never would have imagined I’d become this person. The one nobody wants to know’.

Ronny is not alone.

More than one in four Australian children in Years 4 to 9 report being bullied at least every few weeks. These victims of bullying have higher rates of anxiety, depression, social isolation and suicidal thoughts. Research shows that people seriously underestimate the pain of social suffering but this so called ‘empathy gap’ can be closed by connecting onlookers with victims. When you watch this play and fall in love with Ronny, all the while reflecting on the devastating effects of bullying and ostracism, you know there’s more to it than Taylor Swift’s blessing.

Seventeen, written by Matthew Whittet and directed by Anne-Louise Sarks, throws us into a world in which we’re all 17 again. The action takes place between a troupe of teenagers in a children’s playground on the last night of high school.  There’s alpha of the group Mike (John Gaden) who between tinnies hopes that time freezes so he never has to move on. There’s Mike’s loyal best mate Tom (Peter Carroll) who is going to Melbourne soon but wants to share his deepest secret before he does. Mike’s girlfriend Sue (Maggie Dence) pressures her sensible bestie Edwina (Anna Volska) to let loose while lonely sweetheart Ronny (Barry Otto) longs to feel part of a group for the first time. Rounding out the circle is Mike’s little sister Lizzy (Genevieve Lemon) who is game for ten naked star jumps.

Conceived from the start as ‘Australian theatre royalty playing a bunch of teenagers’, the premise is tantalising. Watching some of the nation’s classiest and most revered actors, now in their 70s, ‘get smashed’ and bounce around to Shake It Off, play truth or dare, pash, munch on cheese and bacon balls and swear like troopers is about as about as entertaining as you would hope. The flipside is while the central conceit would make a compelling five minute YouTube video, this alone does not make for great theatre. There are times when the intrinsic appeal of older people acting like kids feels milked for more than it’s worth. Yet the treatment of Ronny and Lizzy as heroes, characters who are shunned by their social worlds, elevates Seventeen into something quite special.

The performances are all excellent, but even so Barry Otto (Ronny) and Genevieve Lemon (Lizzy) stand out.  The two outsiders are treated like lepers at different points in the play. Edwina says Ronny ‘smells like shit’, Mike wants Ronny to ‘fuck off’ and Sue doesn’t remember ‘Donny’ even though he’s in the same year. Meanwhile Tom repeatedly tells Lizzy to ‘shut up’ and Mike calls her a ‘little shit’ and angrily demands she leaves.

With their sensitivity, kindness and compassion in the face of this cruelty, Ronny and Lizzy are lovely examples of a recent finding: after experiencing rejection, people are more attune to others’ emotions. Ronny looks after Edwina, gets her water, asks if she’s ok, empathises with her pain and apologises for it. He’s supportive of others, saying to Tom ‘I love it when you sing’ and telling Edwina she’s the most courageous person he’s ever met.  With his long blinking, constant fidgeting and gentle positivity, Barry Otto poignantly captures Ronny’s vulnerability and inherent goodness.  As for Lizzy, as much as big brother Mike pushes her away, she can tell despite his bravado he’s doing it tough and gives him a big hug. Genevieve Lemon excels in blending Lizzy’s silliness and exuberance with this emotional maturity and care.

Beyond all the hoopla of Taylor Swift’s endorsement and the entertainment value of famous septuagenarian teenagers, the real strength of Seventeen is its moving portrayal of the effects of bullying and ostracism on young people. More than this, by bringing wisdom to the teenage experience, it highlights the courageous and humane responses of those who endure social suffering.