Review: Shaken: A James Bond Cabaret at Chapel off Chapel

Who is the best 007? This long debated question is the light-hearted driver of Charlie D. Barkle and Erin Hutchinson’s Melbourne Cabaret Festival show.
Patricia Maunder 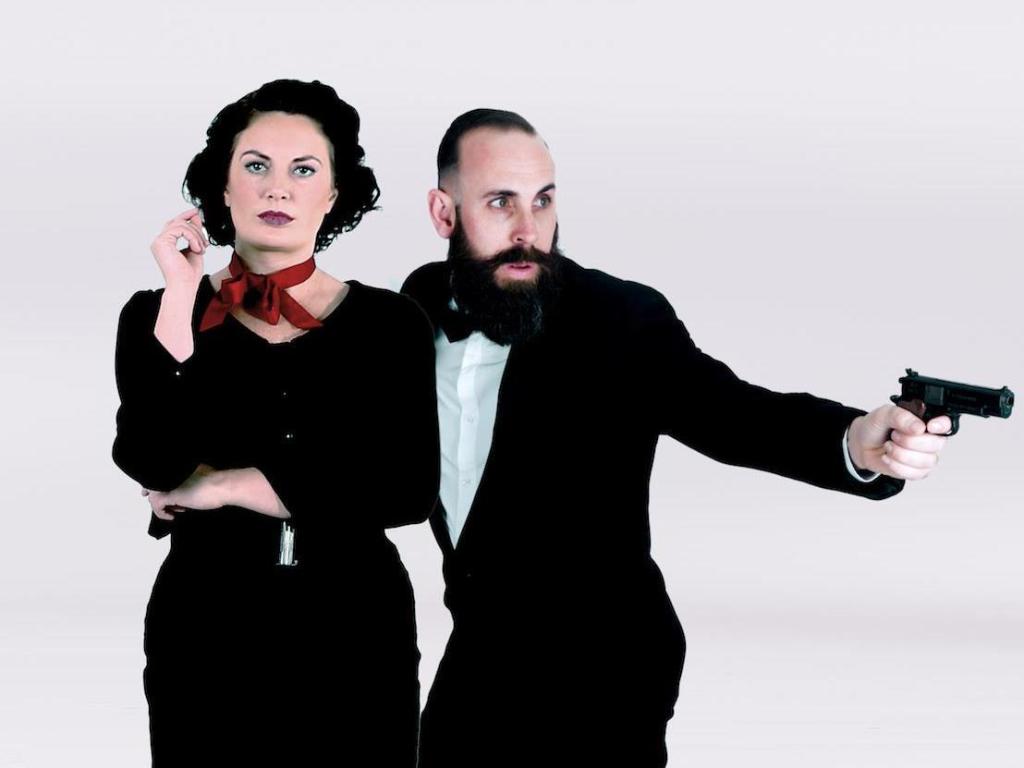 Who is the best 007? This long debated question is the light-hearted driver of Charlie D. Barkle and Erin Hutchinson’s Melbourne Cabaret Festival show, which is equal parts irreverent classroom, karaoke bar and game show. It’s a clever concept, because nearly everyone has some favourite Bond moments, if not a favourite Bond. However, while the duo brought plenty of enthusiasm to the opening night performance, especially during their fun renditions of the movies’ popular songs, the wordy bits in between rarely flew.

The tuxedo-clad Barkle and Hutchinson quickly ran through their ‘scientific’ scoring system, which centres on factors such as number of women bedded and the severity of dangers each 007 faced. Through the course of the hour, they impressively whipped numbers from memory and toted them up on a whiteboard, briefly reflecting on a few details and oddities, and cracking jokes.

They ranged from amusing mockery of the movies’ cheesy humour, especially those notoriously bad double entendres, to their own take on cheese that usually didn’t work, not even in a so-bad-it’s good way. Pulling a pair of leopard-print knickers from your pants is a gag that shouldn’t require explanation.

The duo was, quite rightly, intent on not getting bogged down in stats and details during these words-and-numbers segments, but to the point that the show sometimes felt rushed, even slightly tense. If they could relax more, Shaken could be a hoot.

So a little less content, to give the show room to breathe. More rehearsal to iron out those kinks, like failed musical cues and mini tambourines that wouldn’t attach to Hutchinson’s jacket (though they both did well to skate over these setbacks). More audience engagement, or rather a breezier manner of engagement than opening night’s timid efforts, to keep the energy buoyant.

It was through music that Shaken took flight, as Barkle and Hutchinson revelled in those over-produced but often musically irresistible Bond songs with ridiculous lyrics. Initially, they gender swapped, beginning with Barkle’s slick medley of Shirley Bassey’s three Bond songs. Later, he delivered one of the night’s genuinely funny moments, rocking out with a faux keyboard guitar during Sheena Easton’s saccharine ‘For Your Eyes Only’.

Hutchinson’s musical highlight was Tina Turner’s bombastic ‘Goldeneye’, which she introduced by pointing out, then imitating, the singer’s weird strut. The diversity of voices they interpreted resulted in occasional weak singing, but generally the duo delivered very enjoyable karaoke, complete with suggestive physical humour and occasional silly props.

Shaken is a good idea with lots of potential. Fingers crossed Barkle and Hutchinson will polish it up and relax into it in time for the next 007 film’s release in 2019.