A voluptuous, comedic romp where young love triumphs over all in the style only opera can provide.
Raphael Solarsh 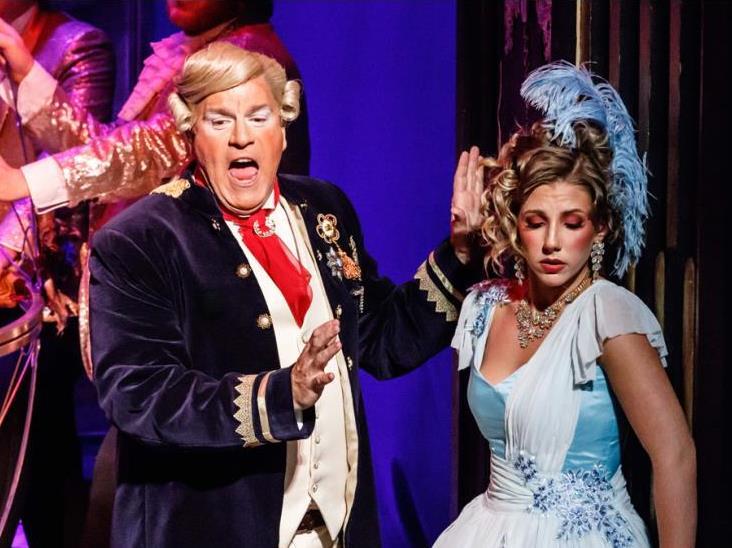 Most operas could be over in 15 minutes if the main characters were marched into a room and asked, ‘So who do you actually want?’ But where’s the fun in that? The extravagant dramatic tensions that drive the happier operatic love stories are about romance without the suffering, or at least not real suffering. It’s more a playful hurling of everything but the kitchen sink at the inevitable harmony of the central beloved couple. At over three hours, Der Rosenkavalier doesn’t leave much left in the kitchen to throw but as performed by Melbourne Opera’s stellar ensemble it’s three hours of glorious, melodramatic fun.

Let’s get the minor details of the plot out of the way. The young count Octavian is having an affair with the Princess von Werdenberg, The Marschallin, who, though no youngster herself, is married to man many years her senior. While these two are in still in the midst of an amorous encounter, there is disturbance outside that The Marschallin mistakes for her returning husband when it is in fact her entitled and boorish cousin, Baron Ochs. Ochs announces the reason for his visit is to request his cousin’s assistance in formalising his engagement with a very young and beautiful woman, Sophie von Faninal who, though not of the aristocracy, is the daughter of the very wealthy man. Part of the formalities is the delivery of a silver rose by a young nobleman on Ochs behalf, for which The Marschallin recommends Octavian. On arriving at Sophie’s home and seeing her for the first time, Octavian, of course, falls in love with her and conspires with Valzacchi an Annina to win her for himself. They devise a ruse in which Octavian pretends to be a woman who Ochs fancies, and after luring him to a seedy tavern proceed to entrap in the scandalous situation before the Marschallin enters to release her former lover from her and his beloved from Ochs. And they all live happily ever after.

While the ending is never in doubt, Der Rosenkavalier is certainly not lacking in drama or emotive pull. Alongside the narrative incredulity is the very real angst of The Marschallin coming to terms with her ebbing youth and rigid life. There is the class-conflict between Ochs and the Faninals and the irrepressible vitality of Sophie. Tama Matheson and the Melbourne Opera do an outstanding job bringing this Strauss classic to life once more with a lush and richly textured set and a few subtle modern twists. The Trumpian Baron Ochs is pure genius, as is Daniel Sumegi’s whole hearted embodiment of his character. Lee Abrahmson, Danielle Calder and Anna Voshege are equally brilliant as The Marschallin, Octavian and Sophie respectively.

Der Rosenkavalier‘s ensemble possess a rare comic timing and the full quotient of operatic dramatism to move the audience deeply, be it to laughter or tears. Those interested in opera but intimidated by its form would do well to take the plunge with this English version, that will doubtless have you hooked by the second act and asking by the end of the third why other productions are in such a rush.