This contemporary repackaging of Bartók's 1911 opera is intriguing, playful and original, with moments of brilliance.
Anna Westbrook 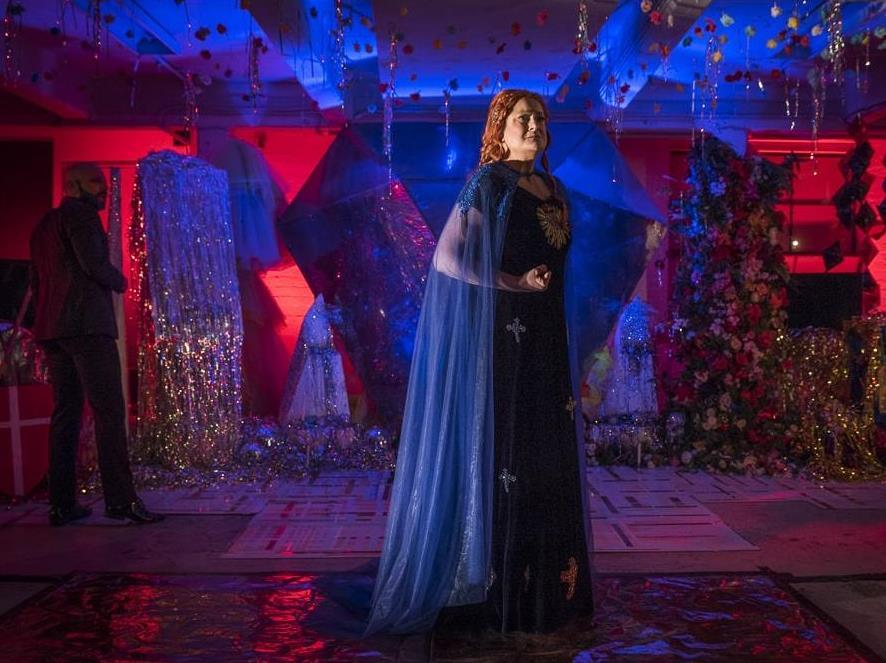 Repackaging Bluebeard, a story of the fatal consequences of patriarchal law transgressed, is more timely than ever in the #MeToo era. Angela Carter served up a feminist reimagining as The Bloody Chamber, Margaret Atwood as Bluebeard’s Egg, and the narrative retains an eerie subliminal familiarity.

Cursorily, the plot: a young woman, Judith, marries Bluebeard, a rich nobleman with a penchant for disappearing his wives. Within his castle our heroine finds a magical key and seven ominous locked rooms. She investigates. Women’s curiosity cannot go unpunished, so blood and tears ensue. It’s a psychoanalyst’s picnic.

Director Kate Millett focuses on the opera’s relationship dynamics, and the deepening of Bluebeard’s manipulation and abuse as doors are progressively opened and the horrors therein beheld. Yet for all its modernity, the impulse toward mythos is clear: ‘Old is this castle; old is the tale enclosed within its walls.’

Composed by Béla Bartók in 1911 and based on Charles Perrault’s La Barbe Bleue, this 2019 production features a contemporary reorchestration by Kym Dillon. Instead of a large orchestra, Dillon utilises modern electronic music technology in a sparse black-box style space. Tension swells via dissonance in a melange of 80s-flavoured electro ornamentation and echoes jangle of the underlying Hungarian folk music for which Bartók is known. This is experimental opera uncommon to an Australian stage.

Bass-voiced Adrian Tamburini endows Bluebeard with menacing stage presence and an oaky, punchy gravitas. Compellingly conducted by James Penn, Tamburini is framed by soprano Zara Barrett against an intentionally gauche set of fake flowers, glitter, and cellophane. Due to the limitations of the space, (at the Brunswick venue, an industrial studio basement), the two side-stage screens bearing the English surtitles of the Hungarian libretto are partially obstructed by naked concrete pillars. The lingering impression is dreamy dress-ups meets sinister lo-fi.

Lighting designer Jason Bouvaird delivers gorgeous mood to a mostly static tableau vivant. While both performers do a fine job with the visceral emotion of Bluebeard’s Castle – particularly the refrain of ‘könnyek, könnyek’ (‘tears, tears’) when Bluebeard warns Judith to stop opening doors for fear of what she will discover – the fixity seems incongruously traditional, in keeping with classic opera convention. The two singers stay in place and the music, dislocated from a present orchestra, feels oddly remote. Thus, the climax and catharsis never press with the deserved tragic ferocity.

One reading of this story is an individual depiction of intimate partner violence, and here it is presented as image and symptom. Yet the complexity of The Fall as archetype, Idea, and cause, is what renders as dark threat. BK Opera’s production is intriguing, playful, and original, with moments of brilliance.