An experimental dance work to stimulate all the senses.
Georgia Symons
[This is archived content and may not display in the originally intended format.] 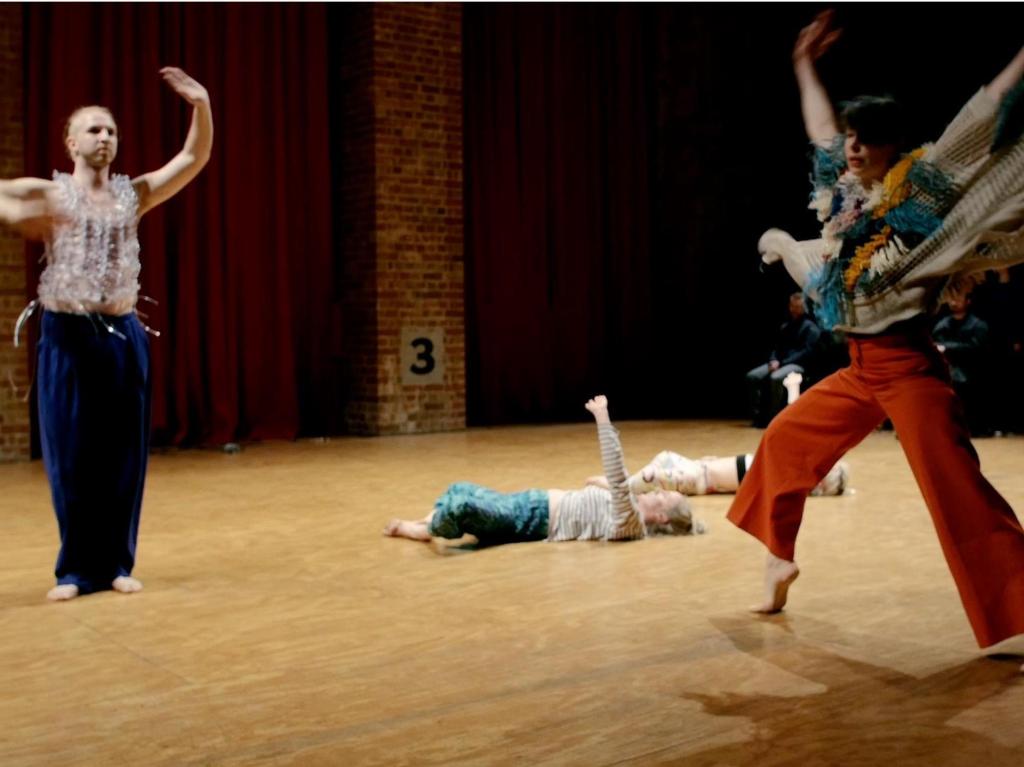 On preview night of Lee Serle’s Multimodal, I was standing around with a few friends in the foyer before the show. Slowly, the space was permeated by strange figures in colourful crocheted garments. One of them approached us and joined our conversation, before turning to one of my friends and coyly asking “how would you feel about… coming with me?” So began a sensual and mysterious performance work quite unlike any I had seen before.

In their program notes, director/choreographer Lee Serle and his artistic associates (Sound Artist Byron Scullin and Olfactory Artist[!] Liz Henderson) all talk about the form of their work, with little mention of the content; the work is not explained as being “about” anything in particular. It’s a refreshingly frank approach to experimental practice – these artists are entirely concerned with testing the boundaries of the forms in which they work.

It’s a strangely beautiful experience, watching fellow audience members being immersed whilst you sit back in your seat. I found myself completely engaged in their experience, almost to the point of feeling the sensations that they might have been feeling in their bodies. Of interactivity in his work Serle says, “for the most part the audience’s participation is passive, yet allows for varying degrees of interactivity depending on the individual.” I wouldn’t necessarily measure what I experienced by degrees of “interactivity”, but rather by degrees of “immersion” – it was a great surprise and thrill to find myself so immersed in the sensory elements of the work without being one of the audience participants.

The sensory installations that the chosen participants were guided through are also open to the rest of the audience after the performance, and this is where Henderson’s olfactory practice shines. In Henderson’s own words, “olfaction has long been derided as a lower sense in the hierarchy of the senses;… generally ignored in the study of aesthetics.” It’s a delight to find this lower sense explored with such attention and playfulness. Henderson concedes – or rather celebrates – that olfaction is extremely subjective, with different smells elucidating different emotions or memories for different individuals. But it is this subjectivity that the whole of Multimodal seems interested in.

Serle states that, with Multimodal, he is aiming to explore “the capacity for more overwhelming experiences”. My personal experience of the work was not one of being overwhelmed – some moments fascinated and delighted me, whilst other moments fell into a slower or more contemplative rhythm that weren’t as interesting for me personally. But I imagine that the sensory engagement of this work could be overwhelming for some. Either way, Serle and his team have created a work full of bold experimentation, in which any audience member should find moments of wonder and interest.