Immense emotional, technical and interpretative risk and deep engagement in Kempf's approach.
Gillian Wills
[This is archived content and may not display in the originally intended format.] 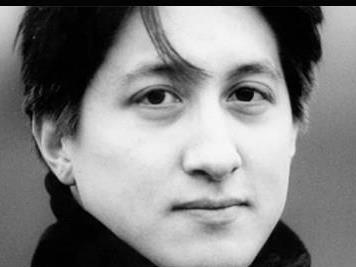 What does it mean when reviewers say this or that musician is a risk taker? Well it isn’t someone playing the violin whilst elevated in a swing dangling from a great height. And, in the case of Freddy Kempf – by all accounts a bold and keen skier – it isn’t twirling the grand piano above his head until he collapses under the weight. But there is immense emotional, technical and interpretative risk and deep engagement in his approach.

The recital began with two of Chopin’s Polonaises: The first in C Minor, Op 40 No 2 was distinctive because of Kempf’s detailed illumination of the main theme, each appearance stylishly dressed in new colour. Clearly, an impressive warm-up piece in which Kempf’s inner wolverine was not yet unleashed.

Not so in the F# minor Polonaise, Op 44 which was revealed at a blistering pace and without the introductory majestic, solid nationalistic emphasis customarily portrayed. Instead, it was cyclonic, a stampeding, frightening rampage through Chopin’s tortured fervor. And in the middle section, the punctuated fortissimo chords were executed with such mercilessly hammered savagery they sounded like bombs exploding in a war zone.

At the beginning of the last movement of Chopin’s B Minor Sonata, Op 58, Kempf hurled himself into the opening bars at such a wild speed there were a few gasps and hands held to the face in shock. Because the familiar pounded octave chords up and down the piano were taken at great speed, and, in doing so Kempf set himself an extraordinary challenge. Was it out of control? Not exactly, but the piano cognoscenti who frequent Brisbane’s prestigious Medici Concert Series, were swept away by an unusually thrilling account.

The delivery was edge of the seat stuff, as a melodic note was knocked off the perch or the textures fleetingly blurred in the scramble to execute treacherous passagework at the speed of light.

Dynamics at the louder extreme were massive, satisfying and arguably exceeded conventional expectation. The enduring myth of Chopin as elegant, effete, emotionally shaky and dominated by George Sand was blown to smithereens. And it was a blast, mesmerizing, to hear a pianist as courageous, convincing, uncompromising and phenomenally skilled as Kempf defy convention.

Kempf’s fresh, blistering approaches to evergreen juggernauts like the B Minor Sonata is liberating and exciting and provocative and listeners are thrown out of their comfort zone. Kempf’s performance was not CD perfect, thank goodness for that, but as if he was skiing down an icy, treacherously steep slope, narrowly skimming trees, jumping over death-defying snow drifts and somehow making it to the bottom without mishap. But all is forgiven on hearing the whispered, achingly rippled sentiment and exquisite illumination and clarity of the voicing in the Sonata’s Largo, the watery central movement. The beautiful execution made the skin crawl.

For all the first half’s excitement and heart-in-the mouth virtuosity Kempf’s astonishing mastery was revealed in a superb, authoritative take of Tchaikovsky’s whopping Sonata in G. A work of Olympian challenge and so ambitious tonally and architecturally it has the proportions of a symphony.

Through Kempf’s fingers, now on fire, it was as if clarinets, flutes, oboes, trumpets, trombones, violins and cellos and a bevy of percussive instruments flew out of the piano. Kempf’s exacting and visionary exploration did this rarely played work proud. The encore was Tchaikovsky’s June from The Seasons and the reflective, keening rendition shimmered with beautiful tone.