The meaning of ‘impermanence’ has changed over the past year, personally and globally.
Anna Westbrook 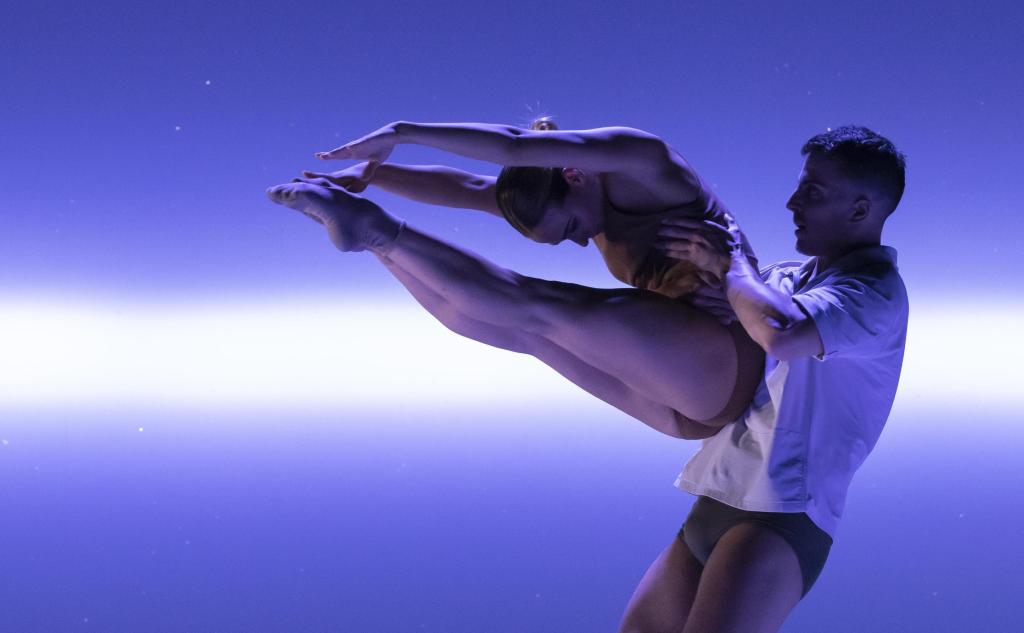 Originally to premiere in March 2020 and put-on hold, for reasons obvious; the meaning of ‘impermanence’ has changed over the past year, personally and globally, in ways that are tangibly embodied in this refined production.

Choreographed by Rafael Bonachela, to a score by composer Bryce Dessner (of The National), the piece’s concept began as a response to the burning of Notre Dame, and then the Australian bushfires, and has only accumulated resonance in its delayed debut.

Bonachela reaches for ephemera, for moments fleeting, and the extraordinary performances of all seventeen dancers emphasise these experiences of dis/connection.

Utilising the full depth of the stage space, and the galvanising live presence of the Australian String Quartet, the dancers split from their crowd like fractals reforming into solos, couplets, and smaller groups in seamless transitions. The mood of the audience is – masked, yet evidently breathless – to see such vivacity as the movements explore touch and isolation, trauma and collapse. Dancers fall and rebound, creating ‘air pathways’, moving serpentine around each other and showcasing Bonachela’s talent for structures of shadowing and symmetry.

‘The mood of the audience is – masked, yet evidently breathless – to see such vivacity.’

The music is superlative. Dessner is releasing a version as the album Impermanence/Disintegration in April, and he gives us an otherworldly, quivering string arrangement, conveying melancholy and menace in equal measures, sometimes Hitchcockian, or echoing the ache and spiralling tension of Max Richter’s ‘recomposition’ of Vivaldi’s The Four Seasons, employing spiccato bowing and leaning into the solemnity of the cello.

Mixing balletic technique (arabesques, sautés), with profoundly modern, sometimes even yogic enchainment, the orientation of the dancers is imbued with sweat and focused upon each other. Dressed in neutral basics, gender is irrelevant in the pretzels of corporeal intimacies that wrench and break to reform and recombine.

Taking the traditional proscenium arch of the Roslyn Packer Theatre and backdropping a screen of shifting palette – a blue neon band against white, an orange twilight, raining stars, a maelstrom of snow, to a sunrise – optimises the loose narrative of the music that builds to penultimate tableaux, gathering the dancers into strong shapes and angled latitudes.

‘Impermanence is a triumph of collaboration and passion.’

The finale that features the artist ANOHNI’s ‘Another World’ could almost topple into lachrymose overkill, but Bonachela’s hand is steadily restrained.

A tear-jerker without being baroque, with a finger on the vein of our collective anxieties and dislocations, Impermanence is a triumph of collaboration and passion.