Characters and setting alike are dangerous, bare and hypnotically beautiful, Broken should be seen across Australia.
Kyle Walmsley
[This is archived content and may not display in the originally intended format.] 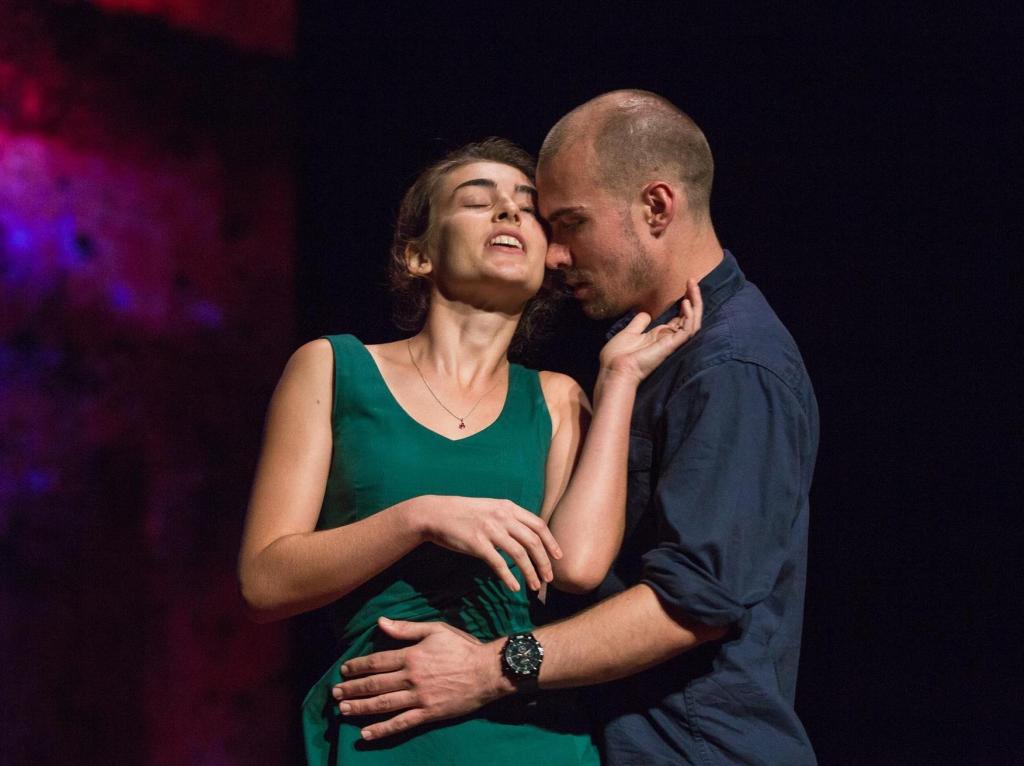 The play begins with a car rolling sideways. Biologist Ash (Rosealee Pearson) is trapped inside – desperate and dependent on a stranger to find and rescue her. Structural engineer Ham (Matt Edgerton), a rugged but gentle type, happens to be in the right place at the right time.

Edgerton’s Ham has both a charming gentle tenderness, and a tough, worn exterior and we see the contradictions of these qualities wrestle and combine as he bridges the worlds of these three isolated characters. His assistance and rescue of Ash forges a bond around the fragility of life, accidents and chance encounters.

Pearson as Ash is grounded and lovable. Like the orange juice on Julia Robert’s shirt in Notting Hill, it seems that forces align in this chance accident to thrust the two lives together. But a cheesy Rom-Com this is not – it’s a delicate and complex dance taking place between strangers. It’s made all the more complex by the addition of Mia (Ciella Williams) – a housewife on the edge, trapped in her own world, bound by duty and relationship, history and habit. Williams has the difficult task of playing Mia, a woman being crushed inside and out. It is executed with some wonderful moments but at times we see this pressure manifest vocally as tension and strain.

From the opening monologue to the devastating final moments, the audience are gently lead by the hand. The finesse with which director Gail Evans manages this text is confident and deceivingly understated. The play moves in a way that is both snappy and delicate and brings the audience  in to what feels like a memory somewhere between dream and nightmare. This is no easy task when, in lesser hands, one could imagine the beauty and shape of the text turning into a seventy minute spoken word poetry night. No props, no set pieces, and yet each setting and moment lives with the reality, precision and detail of film.

The ease with which the play jumps time and place is aided greatly by Kris Bird’s striking design. It is quite literally a work of art that stretches floor to ceiling – splattered, fiery and dirty – all sensitively and subtly manipulated by Sean Pardy’s lighting treatment that lead us through each of the shifting and volatile worlds of the characters. Bird and Pardy’s work combine to create something that transforms the space with subtly. It’s almost like magic the way in which the visual world transforms before our eyes.

As a playwright, Mary Anne Butler’s voice feels both familiar and refreshingly new. Her detail and marriage of language and landscape bring flashes of the poetry of Judith Wright to mind, the musicality of the language, paired beautifully with the evocative sound design by Angus Robson.

While the play deals with the untamed and remote centre of Australia (something that is typically left for only brave enough film makers to capture), it would be a shame to have this play viewed only in Darwin. This is some of Australia’s freshest and most exciting work and it manages to peer into and reexamine some of the iconic and romantic images we have of the Australian identity. It’s a play well worth seeing, and bearing gifts to be unwrapped long after leaving the theatre.