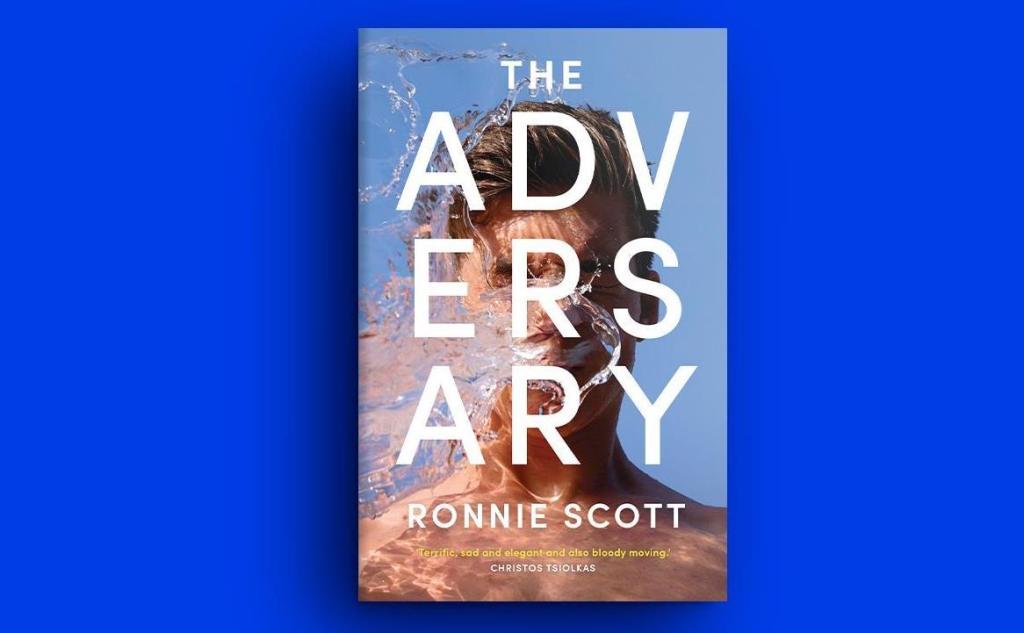 The Adversary is certainly one of the most highly anticipated novels of the season, and it speaks eloquently of the season as well: the season of youth, where, to borrow from the book jacket, ‘everything tastes like beer and smells like sunscreen,’ as a young gay man in a sharehouse is contemplating the dwindling summer and its long shadows.

Ronnie Scott is already a kind of literary celebrity, and his first novel comes as part of a two book deal with Penguin Hamish Hamilton. Penguin Hamish Hamilton is the list which publishes authors like Ali Smith in the UK and Jonathan Safran Foer in the US. In Australia, it’s known for being the publisher of choice for John Safran’s investigative journalist work Depends On What You Mean By Extremist. Originally associated with experimental fiction that also has popular appeal, it’s an ideal commercial vehicle for Scott to transport his fresh and vibrant prose.

As the founding editor of The Lifted Brow, Ronnie Scott helped usher in a wave of new Australian writing that my generation of writers associate with postmodernism: smart, self-reflexive and playfully metafictional, The Lifted Brow’s writing sits reviews of American essayist Leslie Jamieson next to fiction by Helen Garner, fiction by Shaun Prescott (whose Kafkaesque novel The Town was published by Lifted Brow Books in Australia) next to the journalism of David Foster Wallace before he died. These pieces can be seen in The Best of The Lifted Brow, edited by Scott, and show the internationalist flavour of the writing that has helped Australian literature grow up, become more complex and self-critical, and join the world of late postmodern art.

The question that I have then, about The Adversary, is why would an author like Scott choose to write a realist novel? Perhaps for the challenge, which it unquestionably rises to, on the way claiming the crisp sincerity that defines but is not owned by realism, and the process of youth blooming into the wisdom of age that the coming-of-age novel takes as its due. The novel’s realism is at its most memorable in its occasional but lyrical similes: Australian guys who come home when their Visas expire in summer time, loitering by the pool, ‘have the air of the animal and the dumb, mindlessly moving in the direction of the sun.’

Eloquent, too, is the novel’s argument that sexual safety in the gay community rests on the responsibility of what Scott calls ‘poz boys’ in a kind of community service. As the overarching narrative about a young gay man’s changing relationship to his housemate unfolds, it becomes apparent that this is the protagonists adversary. But I wonder, perhaps, in a more insouciant sense, if The Adversary of the title is in fact the kind of stylistic postmodernism we’ve come to expect from literary wunderkinds like Ronnie Scott? Inquiring minds want to know.

Like another gay urban sophisticate, Frank O’Hara, Scott posits a delightful disillusionment plot that advocates its adversary is ‘the best of all my days… where the whole pasture looked like our meal [and] we could manage cocktails out of ice and water.’ For readers duly impressed by this first novel, they can read on to Scott’s excellent review of a vegan cookbook in The Sydney Review of Books and his writings on food in general in the Penguin special Salad Days.