Book review: Fighting for our Lives by Nick Cook

In the early 1980s, a then unknown virus, later identified as the human immunodeficiency virus (HIV), began to infect people and cause their immune systems to fail.
Arjun Rajkhowa 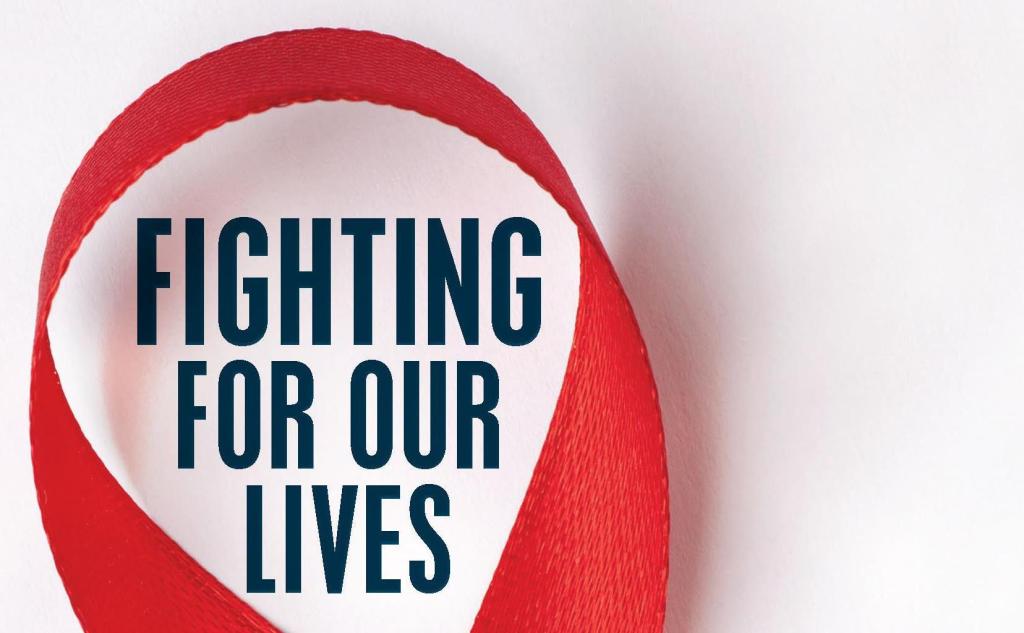 Book cover image: Fighting for our Lives by Nick Cook.

In the early 1980s, a then unknown virus, later identified as the human immunodeficiency virus (HIV), began to infect people and cause their immune systems to fail. It caused acquired immunodeficiency syndrome (AIDS), which allowed opportunistic infections and cancers to kill the infected person in a short span of time. The infection was first identified among gay men, and, virtually everywhere in the world, widespread homophobia and panic about the new and dangerous infection combined to create a stifling atmosphere for many affected communities. In some places, those affected communities came together to form groups and support networks that would help people in desperate need of support.

Fighting for our lives by Nick Cook is a history of the AIDS Council of New South Wales, a community organisation that emerged in Sydney in 1985. Through the efforts of several gay men in Sydney who, starting in 1983, mobilised support for a community organisation that would help represent the needs and perspectives of people most affected by HIV/AIDS, and through government support for these efforts, ACON was established to help HIV/AIDS sufferers, and provide HIV prevention education, and specialised peer education and counselling for the community more widely.

Cook’s book is a detailed history of how this organisation was formed and how it helped shape the community response to HIV/AIDS in New South Wales specifically but also more widely in Australia. It is also a history of the many other groups and people who contributed immensely to mobilising support for people living with HIV/AIDS, and for education, counselling and treatment for affected communities.

The Australian response to HIV/AIDS is internationally regarded as one of the most progressive in the world, and effective and early collaboration between government and affected communities was a key part of this response. This effective collaboration was facilitated by activists who quickly mobilised to demand a compassionate and pragmatic response from government, as well as federal and state governments that acted quickly to ensure that the needs of affected communities were met. The federal health minister, Neal Blewett, among others, played a key role in ensuring that affected communities, and particularly the gay community (which was disproportionately devastated by the emerging epidemic), had a key role in shaping the fight against the epidemic. This in itself was unprecedented, and could only be accomplished through a determined effort to overcome both widespread social prejudice and resistance from politicians, bureaucrats and health experts.

The book charts the many significant struggles that ACON (and the community more widely) faced in the first two decades of the emergence of HIV/AIDS in Australia. In the midst of widespread loss of life and uncertainty, fear and anxiety shaped much of how affected people and communities worked among themselves and with governments. This inevitably led to tension and conflict among groups of affected people (and with government).

At the time that ACON was established, and as it began to grow and become consolidated as the primary community organisation for HIV/AIDS in NSW, there were many groups that quickly coalesced to serve key areas of need. Among these were the Bobby Goldsmith Foundation, the Community Support Network (CSN), NSW People Living with HIV/AIDS Coalition (PLWHA [NSW]) and AIDS Coalition to Unleash Power (ACT UP). There were many passionate workers and advocates in each of these organisations (in fact, there were many people who worked across a number of them), and they mobilised support for key activities very quickly.

CSN, for example, delivered practical living support and care, and much needed friendship, to people living with AIDS; it comprised over a hundred volunteers who provided at-home care that was absolutely essential to those who found themselves succumbing, sometimes very quickly, to the ravages of the disease and, distressingly in many cases, were bereft of family support. This was a group that was at the frontline of the epidemic, and, like the people they supported, they too suffered greatly as the epidemic escalated. Death (and fear of imminent death) was an all-pervasive part of their work. Many of the volunteers were HIV-positive themselves.

As ACON grew and became the government’s preferred recipient of consolidated funding for community services, friction between ACON and groups like CSN increased, and there were many disputes about a range of issues, including, inevitably, funding and operational matters. Many of these disputes were resolved through reconciliation and co-optation. CNS eventually became a constituent part of ACON. Similarly, PLWHA, which advocated for greater investment in immediate support and treatment for people living with HIV/AIDS (rather than, for example, education on HIV prevention), also became more intertwined with ACON (before separating later in 1998).

Cook writes insightfully about each of these groups and how they interacted with ACON, providing a detailed account of a coalescing and fragmenting community response. What is most illuminating is the fact that, at key moments, when the epidemic was at its peak, these groups, and the myriad people who constituted these groups, set aside their differences and did everything necessary to meet the urgent needs of the people they had mobilised to support.

The book does focus on the work of a few individuals who played key roles in ACON and associated groups, but it does so in a way that does justice to the broader community effort. It is meticulously researched and balanced; the author relies on a range of opinions to develop character profiles.

The work may at times come across as having been overly influenced by a few key opinions, but it is worthwhile to remember that this is partly so because so many people did not survive to tell their stories. Those who did and have generously contributed to telling this history of a community response to HIV/AIDS have offered readers in Australia (and elsewhere), particularly those who work in community health, a significant gift.

Fighting for our Lives: The history of a community response to AIDS by Nick Cook