This book records a significant and rare achievement – the building of a beautiful, modern, architect-designed place of worship.
Erich Mayer
[This is archived content and may not display in the originally intended format.] 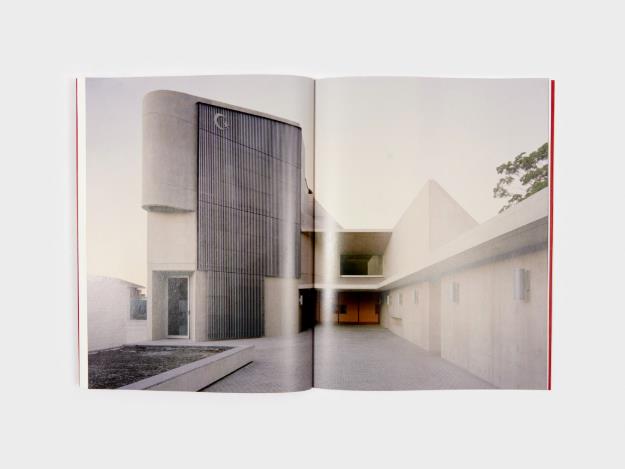 AIM’s mission is ‘to be the premier organisation in Australia with a uniquely balanced Islamic ideology that professionally trains future leaders to selflessly serve the community’.

To that end, the board of AIM commissioned architect Angelo Candalepas to design a contemporary mosque, a primary school, and a basement car park. AIM wanted the building both to reflect the Australian environment and to embody the traditional elements of a mosque.

This book presents the design brief for the mosque and also a brief history of AIM, which is written by Dr Zachariah Matthews, who proudly states that the Punchbowl Mosque was designed by an Australian of Greek Orthodox faith and built by a company whose two main directors are of Lebanese-Christian and Greek-Orthodox ancestry respectively.

The main section of the book, authored by Candalepas, consists of detailed architectural drawings, many photographs, and in-depth explanations of the underlying design concepts of the mosque. This is followed by a learned essay by Associate Professor Maryam Gusheh titled ‘From prayer hall to a contemporary mosque’ that documents her expert independent view of relevant contemporary architectural trends as well as her professional appraisal of the mosque.

Further sections of the book include photographs, layout drawings, and technical details relating to the construction in concrete of the mosque. Candalepas has this to say about concrete:

‘Concrete is often mistaken for a material that is only solid and firm, but its ability to be cast in many types of forms gives it a potential that is not often realised. The playful nature of concrete, even as it presses against vertical forms, is often regarded as a lesser outcome, yet, if wholly embraced, the materiality of this outcome can be as delightful as the inconsistency of finish naturally found in other materials.’

He adds, ‘By taking every effort to ensure a craftsman-like result, concrete forms offer a playfulness or joy to the eye’.

Architecture is a form of art, which in practice is subject to financial constraints that other art forms may be less hindered by. Thus Angelo Candalepas: Australian Islamic Mission can be forgiven for appearing to be, at least to some extent, a promotion of the designer of the Punchbowl Mosque. The book is billed as ‘Architecture in Detail No. 1’ so hopefully it is the first in a series of similar high-quality publications detailing noteworthy buildings in a manner undoubtedly of interest to architects and builders.

As a book for the general public, the sections recounting the project’s history and many of the photographs are of interest. So too are some of the comments by Candalepas and Gusheh, such as those about concrete quoted above. But to get to those comments, the reader is required to peruse material not designed for the layperson. So while this book is a worthy tribute to the board and members of AIM, who transformed their place of worship from humble rented premises to an iconic building, it is not for the casually interested.