Aftershocks is Macris’ selected interviews, essays and criticism as he asks, what comes after postmodernism in art?
James Arbuthnott 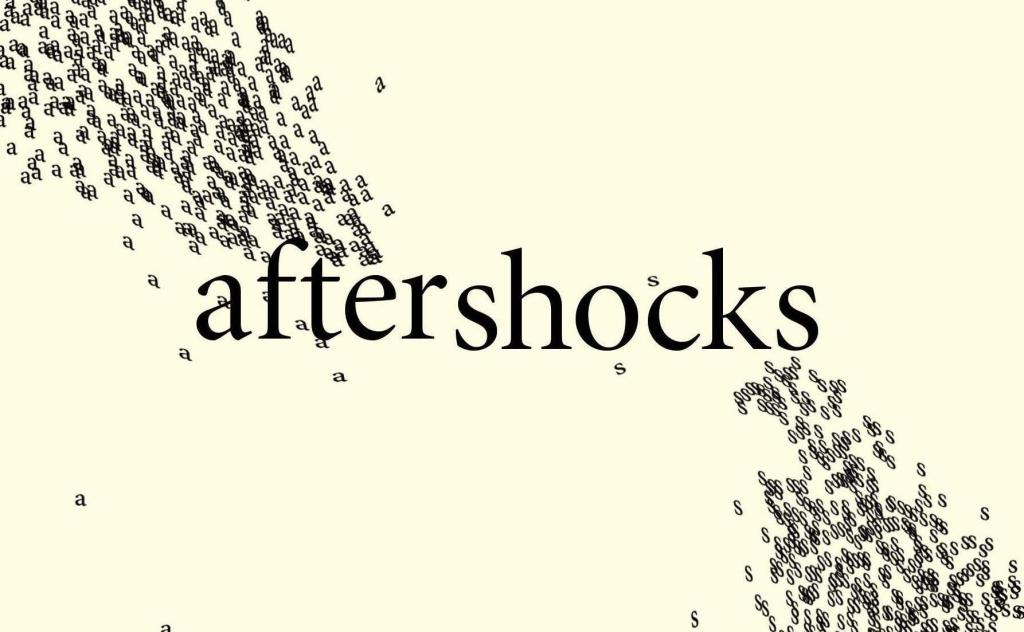 Australian novelist, critic and academic Anthony Macris has tried to illuminate modern life and the art it produces. His literary career began notably when his critically acclaimed novel Capital, Volume One put him among the Sydney Morning Herald’s 1998 list of Best Young Australian Novelists. His criticism over the decades has explored what to expect after postmodernism in culture and poststructuralism in art, finding his subjects also struggle with the post-9/11 west. ‘Back in the late 1990s there was a brief burst of euphoria in anticipation of our new millennium, but things didn’t turn out quite as expected.’

Aftershocks is Macris’ selected interviews, essays and literary, film and visual arts criticism. From Marxist theory, Noam Chomsky’s politics and market forces in life and art, to the French fiction of Michel Houellebecq, prolific British writer Martin Amis, Norweigan novelist/autobiographer Karl Ove Knausgaard to contemporary American writer Don DeLillo. These subjects are oriented within time and place, art and history and his theories are interesting and often complex. And while his Meanjin and Baltimore criticisms allow him to expand on the work he covers, his book reviews in the now-defunct Bulletin are only a few hundred words long.

Macris tackled the duality of love and opposing market forces in Capital at a young age. And it would come again when his son ‘descended’ into severe autism at two years old. He divulges on this in his interviews at the end of the book. He expounds on his various obsessions in literature, film, visual arts, philosophy and political theory. His insight into Kubrick’s obsession with overturning power structures in Full Metal Jacket and A Clockwork Orange may give readers further insight into the director who defined much of the last few decades in cinema. And he has also had access to high profile artists like Yoko Ono and Cindy Sherman, whose self-perception, how she wants to be seen or perhaps views herself through those around her shine through as Macris walks through her gallery and then interviews her.

Macris holds anything Absurdist, or ‘Beckett-esque’, up against the man himself and goes from there. Duchampian and Kafka-esque works are also held to account against the modern idea of monetary values, which Macris rightly says that the monetisation of everything is part of modernity or postmodernity ‒ or, whatever the subjects he writes about and who share his motif ‒ is central to capitalist and post-trust western world.