Act of Grace by Anna Krien 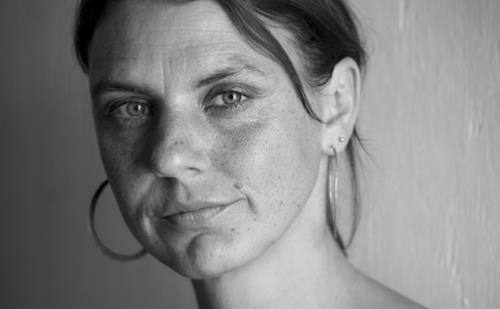 An ‘act of grace’ is a type of payment the government can make to someone who has been unfairly and unintentionally harmed as a result of Australian Army action. Acts of grace are discretionary – nobody is ever owed one, but it’s bestowed upon people by the merciful intentions of an empowered government. They’re the ones who should be sorry, but the recipient is cast as the one who should be grateful. It’s kind of like when someone says something mean to you and through a strange conversational twist, you end up apologising. In Anna Krien’s Act of Grace, Toohey’s kneejerk reactions during his involvement in the Iraq War cause a baby’s death. The baby’s mother is offered reparation.

An act of grace is compensatory, intended to erase the initial harm. Yet, what are the realities behind this restoration? What was the harm and who caused it? Who enacts grace and on whose behalf?  And what does one do with this compensation? What does an act of grace fix, and what can’t it fix? Act of Grace asks these questions of connected stories where harm and trauma never quite end, and there’s nothing anyone can do to make up for it.

Often nonfiction writing is assessed by how closely it resembles a novel, yet the opposite should also apply. Anna Krien is an Australian writer best known for her nonfiction offerings Night Games, Into the Woods, and several long-form essays. In her new fiction release, Krien successfully applies nonfiction writing skills of astute observation. The dialogue feels real, closely mimicking how people speak. Her use of contemporary themes also invests the novel with a sense that something is at stake, generally a hallmark of nonfiction.

There’s detail of Australia’s war involvement and the post-traumatic stress that goes with it and reverberates through to the next generation. Toohey feels betrayed that his government offered reparations for his actions. He struggles to cope with post-war life – he is abusive to his family, and shrapnel stays embedded in his neck. His son, Gerry, has to grow up distanced from him. As a boy, he pretends to sleep when Toohey gets home; as a young man he joins the Dakota Access Pipeline protests.

These stories are interwoven with the plight of an Iraqi refugee, Nasim, whose family was welcomed and then brutalised by Saddam Hussein’s inner circle. She’s built her subsequent life in Australia on an act of grace – an attempt to right a wartime wrong – as well as a lie.

The story of Robbie, a young woman whose father has dementia and is part of the Stolen Generations, rounds out the novel’s interplay between trauma and attempts to atone. When her father finds his biological family, he’s already starting to fade into forgetting. As an artist, she takes on a project dealing with the ‘sorry rocks’ of Uluru – rocks that tourists have illicitly taken from the site and, in their guilt, sent back. These acts of contrition mark a huge imbalance; something taken can’t merely be put back.

These stories contribute to a powerful meditation on the ways that compensation may be offered, and how accepting them is never simple.