Why the ‘new normal’ should be artist-led

Before the arts sector returns post-pandemic, we must recognise and repair the fault lines that run deep in the sector, argues Humphrey Bower.
Humphrey Bower 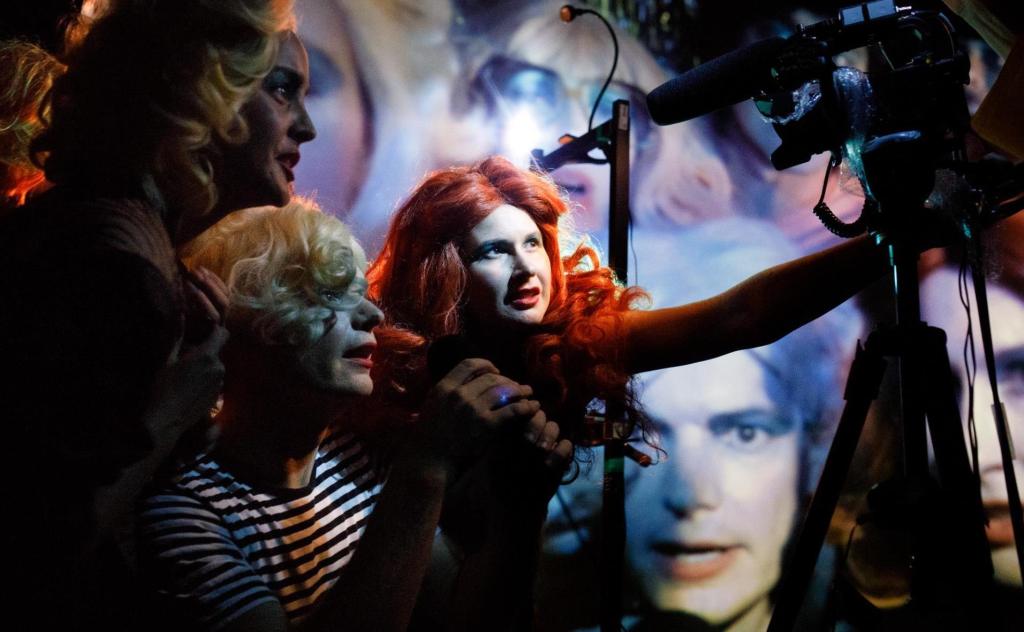 In July, at the Artists Hub run by Performing Lines WA at Subiaco Arts Centre, I heard representatives from ten local performing arts organisations speak about the impact of COVID-19 on their activities. Some spoke about using JobKeeper to retain staff. Others spoke about employing digital and other strategies in response to venue closures, loss of income and restrictions imposed by physical distancing. One artistic director proclaimed that fundamentally their organisation hadn’t changed. Most were looking forward to things returning to normal.

The following week I heard representatives from four major performing arts festivals speak about how the pandemic had disrupted their plans. Some spoke about having to cut back on programming, or even postpone their festivals completely. Others spoke about responding to the pandemic in novel ways, for example by programming exclusively local work. Most were looking forward to things returning to normal.

I’m a freelance actor, director and writer, and an independent theatre maker.

I don’t want things to return to normal.

Let me begin with some statistics – not about the pandemic, but about our industry.

The report also cites the following income and employment statistics:

A reminder: this was four years before the pandemic closed down theatres and put most performers out of work.

These statistics are ‘normal’.

The issue is not just lack of income, but security of employment. Most artists are employed on short-term contracts for a couple of months at a time, sometimes once or twice a year, sometimes less.

This needs to change.

The psychologist Abraham Maslow refers to security needs as the next level up from basic physical needs like food, water, clothing and shelter. Clearly, artists suffer from a deficit when it comes to income and job security.

The next level up in Maslow’s hierarchy of needs are love and belonging needs. Again, artists have a precarious sense of belonging or being valued when it comes to their work, because of the inconstant and atomised way in which they’re currently employed.

Next level up again are social and self-esteem needs, where a similar deficit applies. Certain artists are celebrated for their achievements, but even celebrities know they’re not valued as human beings, but as commodities to be bought, sold, consumed and profited from.

At the top of Maslow’s hierarchy is self-actualisation. For an artist, this means being able to practice their art. A singer needs to sing; a dancer needs to dance; a musician needs to play; an actor needs to act. However, the industry as it’s currently structured prevents artists – and especially performers – from being able to work except in a sporadic and unpredictable way. This leads to learned helplessness, and eventually despair.

The industry as it’s currently structured prevents artists – and especially performers – from being able to work except in a sporadic and unpredictable way.

It also has a debilitating impact on artistry. Without being able to consistently practice your craft, your skills atrophy, and your artistry suffers. As a performer in particular, you need to practice with other artists, in front of an audience.

Imagine a teacher, doctor or nurse being unable to consistently practice their vocation. Then imagine schools and hospitals staffed by administrators and hiring teachers, doctors and nurses on a short-term or casual basis. (Actually, we have a model for this with nursing homes – renamed ‘aged care facilities’ – employing a casual workforce of health workers. Similarly, we now have theatre companies which might be described as ‘theatre facilities’.)

Now imagine an orchestra or a band without permanent members that simply consisted of management who hired sessional musicians for every concert or gig they played. Would it even have a recognisable sound? Would you even call it an orchestra, or a band?

The great theatre and dance companies of the world have been – and still are – ensemble companies. Shakespeare, Molière, Chekhov and Brecht wrote their plays for ensembles, and their most famous and enduring roles for particular actors in those ensembles. The great theatre companies of today – like the Schaubühne Berlin, Toneelgroep Amsterdam, the Maly Theatre in St Petersburg, or the Royal Shakespeare Company in the UK – are all ensemble companies; and the great theatre directors of today ­­­– like Ivo van Hove or Thomas Ostermeier – are the long-term artistic directors of those companies. The same is true for the great choreographers, past and present. The difference between these European companies and their Australian counterparts is not simply more funding, but a different model of what a theatre company actually is: a company of artists. It’s a difference in artistic priorities.

The great theatre and dance companies of the world have been – and still are – ensemble companies.

Permanent employment in the arts in Australia has largely been reduced to administration and marketing in companies and organisations with a few niche labels and slogans attached: young people’s theatre; First Nations theatre; diversity; disability; women; queer and trans communities. Let me be absolutely clear: diversity of representation and participation in the arts is crucial; but diversity without the possibility of having a sustainable career as an artist is at best window dressing, and at worst an insult to those communities. It tells them: ‘You can be an artist, but it’s not a real job.’

The same applies to having power and agency, which is just as important as regular income and employment. Performers and other artists (apart from artistic directors, who currently aren’t necessarily directors or even artists) scarcely have a voice at the table when it comes to decisions that affect them directly, such as artistic programming, funding or arts policy. Once again this leads to learned helplessness. It also leads to poor artistic decisions, and poorly realised artistic outcomes. Fundamentally it robs artists of dignity by treating them like children rather than adults capable of making decisions for themselves.

We’re all friends and colleagues in the arts, but like every other industry it’s divided between those who have decision-making power and security of income and employment, and those who don’t. In the performing arts, this currently means the difference between those who work in arts management and administration and virtually all artists – 80% of whom at any one time constitute what Marx called ‘the reserve army of the unemployed’.

Ensemble members of Back to Back Theatre Company in The Shadow Whose Prey the Hunter Becomes, Carriageworks. Photo credit: Zan Wimberley

In the current crisis of a pandemic, coupled with the last round of Australia Council funding cuts, the brutal truth is that we are not ‘all in this together’. For example, JobKeeper is designed to retain employees who’ve worked for the same business for more than 12 months. This means it doesn’t support most artists or technical crew who are only employed on short-term contracts.

As Belvoir’s Artistic Director Eamon Flack told The Sydney Morning Herald back in April: ‘The situation we are in now is absurd. We have a theatre sector with no actors. Or to speak the language of government, we are an industry with no essential workers. Because what’s an arts company without artists making art? It’s like a plane without a pilot or a hospital with no nurses. It’s ridiculous. The whole sector has become something out of a satire.’

I agree, but Eamon’s description doesn’t just apply to the absurdity of JobKeeper; it perfectly describes the situation that already existed before the pandemic hit. And it’s been this way for way too long.

What is to be done?

The first thing is to put artists first: because without artists there is no art, and no arts industry.

It’s no use simply saying we need more funding. Funding for whom? The answer, I suggest, is more funding for artists – excellent, innovative, diverse, Australian artists, to be sure, telling diverse Australian stories in excellent and innovative ways; but they can only be and do those things if they can have sustainable and viable careers and career-paths as artists.

It’s not enough to blame the government or the community for not valuing artists. We do it to ourselves – or more precisely, we let the industry do it to us. This needs to change.

Here are some proposals that could form the basis for having a sustainable career and a viable career-path as a professional artist, and therefore a performing arts industry worthy of the name.

Note: I’m proposing an artist allowance (as distinct from a universal basic income) to acknowledge that artists are working even when they’re not currently employed. As with other forms of funding, criteria might include demonstrable levels of professional training, professional experience, professional achievements, or some combination of the above. As with project or fellowship funding it might also include a realistic budget and outline of activities. However, the allowance should not be outcome-based.

We need to acknowledge and repair those fault lines. That doesn’t mean finding fault and blaming people (or ourselves). The problems I’ve outlined aren’t personal but structural. Addressing them means working together – artists and support workers – to meet our needs as an industry collectively.

I’ve outlined what I see as some possible goals and some concrete steps to achieve them.

Yes, it will require more funding, and more importantly a reallocation of priorities. Some will say that now is not the time, because of the pandemic, or lack of funding. I say: on the contrary, now is precisely the time.

The Federal Government recently committed $250 million dollars to the JobMaker program for the arts sector back in June (money the Arts Minister has yet to sign off on). Of this, $35 million has been allocated to federally funded arts and culture organisations, to be delivered in partnership with the Australia Council. The government also announced a Creative Economy Taskforce to implement the Jobmaker plan.

This Taskforce should be majority-artist and artist-led – as should all decisions about arts policy and funding if they are to have any credibility. As the slogan says: nothing about us without us. And the Jobmaker program should do just that: create jobs for artists.

The performing arts industry has been effectively shut down, at least as far as artists are concerned. We need to take the opportunity to decide what we want our industry to be before we reopen. And let’s start making our voices heard. We need to reclaim our power. And those who have power in our industry need to share it.

Humphrey Bower is a multi-award-winning actor, director and writer who lives in Perth. He has worked with companies and artists across Australia for over 30 years. He is also a sessional teacher and guest director at WAAPA. Humphrey was a founding member of Melbourne ensemble Whistling in the Theatre, co-founder of Perth independent company Last Seen Imagining, and artistic director of Night Train Productions.