Why Gladys needs to channel her inner Jacinda, as Arts Minister

NSW Premier Gladys Berejiklian recently took over the portfolio of Arts Minister with the resignation of Don Harwin, but does she have the focus the arts needs right now?
Gina Fairley 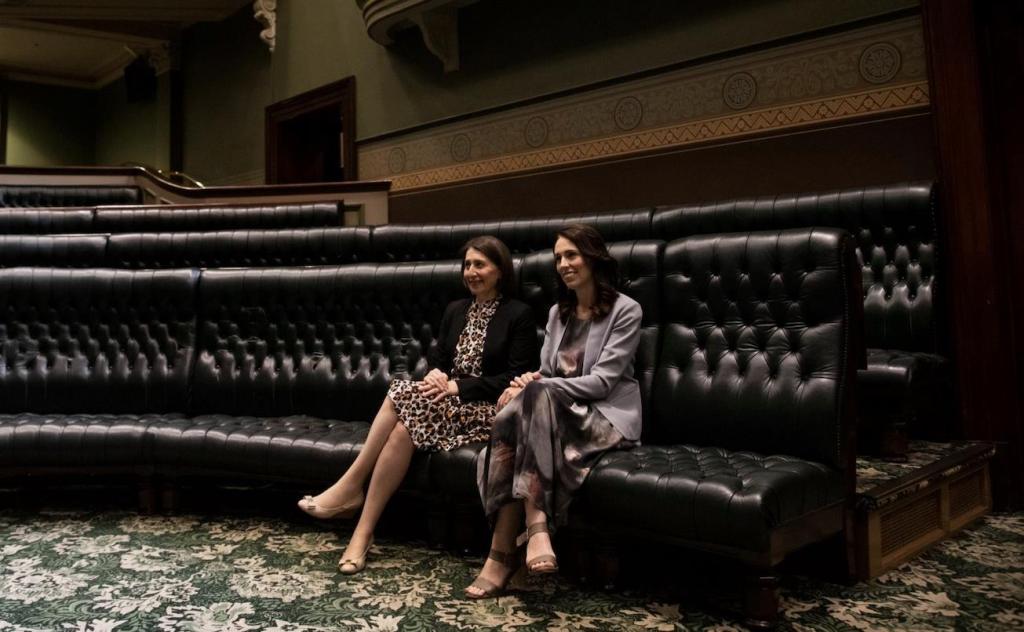 With the recent resignation of NSW Arts Minister Don Harwin (10 April) from Cabinet, Premier Gladys Berejiklian announced that she will be taking on the role for the arts ‘until further notice’. That is not a strong message of stability or surety for a sector that is desperate for a lifeline.

When Don Harwin breached COVID-19 lockdown, he left behind four portfolios – the Arts, Resources, Energy and Utilities. He had held the arts portfolio for a little over three years, but it was a period of the most significant investment in arts infrastructure perhaps in the State’s history, sitting at around $1.5 billion.

What has to be remembered is that this was a Party decision to reinvest back into the arts after letting it bleed dry for more than two decades, and Berejiklian was at the head of the table, first as Deputy Premier and then Premier. It was a commitment to the arts that has seen projects like the refurbishment of Sydney Opera House, the Sydney Modern project, Sydney’s Walsh Bay arts precinct, Australian Museum expansion, among others, plus regional projects in Bundanon in the Shoalhaven, Orange Regional Gallery and Manning Entertainment Centre in Taree, as well as the controversial Powerhouse Museum move.

Harwin was the most recent face of these changes, appointed to the Ministry in January 2017 under the then newly elected Berejiklian Government. He replaced former Minister for the Arts, Troy Grant, a former Dubbo police officer.

During his Ministerial appointment, Harwin showed that he was clearly passionate about the arts, regularly attending the theatre, opera and exhibitions (not to mention travelling to regional NSW to support art events) – but Party affiliation might be as far as it goes in terms of Berejiklian’s enthusiasm for the arts, who has largely been absent until now.

IS GLADYS THE RIGHT FIT FOR THE ARTS?

Last week (6 April), the world watched as Jacinda Ardern, New Zealand’s enviable Prime Minister, gave a message to children that the Easter Bunny is an essential worker encouraging kids to draw a picture and put it in their window.

Three days later, Berejiklian delivered a similar message, but it was perhaps not as warm and light, with the NSW Police Commission hovering over her shoulder; her bird-ish frown serious, as was her suit – neutral. What lacked in originality, gained in a tone of efficiency.

It is a very different barometer of passion for the arts than we saw with Harwin, and even Ardern, who became the darling of the world when she penned a letter to the Nation in September 2018 to state the vital role of arts and culture in contemporary society, and politics.

She wrote: ‘Cultural engagement has multiple benefits. As Minister my priority is to make sure the three words in that title – Arts, Culture, Heritage become ingrained in people’s brains and experiences and that their value to New Zealand society is far more widely recognised.

‘The challenge, of course, is that the benefits of art, and of culture, are not always readily available to every New Zealander. They should be. Every one of us – be it an opera-loving elder in provincial Southland or a budding film-maker in Mangere – deserves access to the diverse and varied talent that makes up our creative sector.’

Read: Jacinda Ardern on why the arts need to be universally accessible

No one expects Berejiklian to don on her “sloppy joe and tracky bums” and start channelling her inner Jacinda with broadcasts from her lounge room. The skin simply doesn’t fit. However, the sector needs to see the love and respect flowing from her office – especially when it is hurting so bad.

Every night the tellie broadcasts forlorn footballers over salary cuts, toilet paper hoarders and isolation violators, while the arts go ignored day-in-day-out. Our Prime Minister – from Berejiklian’s own party – tells the Nation to go out and buy jigsaw puzzles, but fails to acknowledge they are only possible through images of artworks and photographers.

It was reported at the time that the Premier would not accept a petition of over 300,000 signatures to Parliament. It is a hard memory to work against, to build a sector’s trust and hear when it violates the very symbol of national culture.

Read: The Sydney Opera House is not a billboard – sector speaks out

The COVID-19 pandemic has been described as a ‘legacy-defining test of NSW Premier Gladys Berejiklian and her cabinet’.

While her cautious, business-like approach has served her well, and proven a rudder through the bushfire crisis and COVID-19, time however is the critical factor for the arts and culture sector, as it continues to fall between funding cracks and doors remain closed with no promise of relief.

Arguably, the Premier is somewhat stretched currently, with a cruise ship inquiry, lockdowns, and health education concerns, but some critics have accused her as a weak leader who cannot fire anyone – “Gutless Gladys” to her social media critics, writes the Herald.

If we are to take her handling of Harwin as case in point, the Premier initially said she was “deeply disappointed” but would not sack the senior Minister for flouting social isolation rules, then changing her tone in a formal statement on 10 April:

There is only one other State in Australia where the Premier also holds the role of Minister for the Arts, and that is South Australia with Steve Marshall, who came in to the role with a quick announcement of funding cuts and a new Arts Plan that was to recalibrate the sector’s vision.

Like Harwin, Marshall has a clear passion for the arts and is often seen attending events with great enthusiasm, but the slow roll out of improvements to the SA arts sector under his watch has not escalated attention, or built confidence in the arts role, more than any other State.

I could be wrong. We like to be proven wrong – that by placing the arts at the heart of government under a Premier’s eye should count for something?

Looking across Berejiklian’s past political portfolio, she has held Ministerial roles for Transport, Industrial Relations, the Hunter, and Shadow Minister for Citizenship, Waterways, Community Services, Mental Health, Youth Affairs, Cancer and Medical Research – a shopping list of departments that omit the arts. But here is a glimmer of hope.

Following the 2015 NSW Election, Berejiklian was appointed Treasurer of New South Wales and Minister for Industrial Relations by then Premier Mike Baird – who she was also his Deputy (2015-2017) – and went on to oversee NSW return to surplus during that time, the first time the State had been declared debt-free in more than 20 years.

One would say that is a great foundation for the arts – money and jobs.

In a recent ArtsHub interview Chris Keely, Executive Director Create NSW said: ‘The changes that occurred at the last [NSW] state election meant the Premier brought arts, screen and culture and creative infrastructure right into the heart of government. That is a huge opportunity for the sector, to be at the heart of where decisions are being made.’

A few months later (August 2019), then Arts Minister Don Harwin unveiled the Artform Advisory Boards that were created when Create NSW announced a total revamp of the state’s arts funding. A decision legislated by Berejiklian, the changes promised clearer timelines, improved assessment processes, less red tape and more transparency, and were aimed at simplifying the state’s funding process for artists and organisations.

There is direct intent there. And it was a curious intent given that Berejiklian’s own party in the Federal Government was ‘dismantling’ the Department of Arts at the same time.

Will Gladys be a strong leader for the arts in NSW? We are yet to tell. The problem is we don’t have time to sit back and watch the narrative unfold.