Melba returns for another performance

The news that Senator George Brandis has quietly approved a grant to Melba Foundation has heads in the arts community shaking.
Brian Benjamin
[This is archived content and may not display in the originally intended format.] 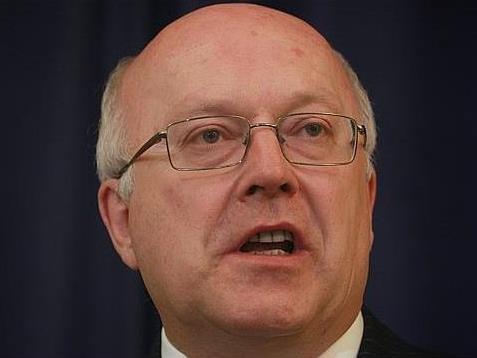 The news broken by ArtsHub’s Ben Eltham that Senator George Brandis, in his capacity as Minister for the Arts, has quietly approved a $275,000 grant to Melba Foundation has many heads in the arts community shaking.

Let’s put that aside and ask, objectively, how sensible is this from the perspective of investing scarce taxpayer-funds?

The generous government funding arrangements under which, over seven years to 2012, it donated more than $7 million to Melba Foundation – the vehicle through which privately-owned Melba Recordings receives government and tax-deductible private donations – resulted in a company that was in complete dependency mode – wholly-dependent on the government for its survival.

Melba Foundation had ample time to develop a sustainable business model during this time, but failed to do so. Instead, it spent lavishly on marketing campaigns which resulted in splashy articles in arcane international trade magazines but negligible sales of its recordings. The average cost per recording was over $100,000 and, of that, $25,000 per release was spent on marketing which appeared to result in few sales. Or that is what we must assume because Melba, despite being funded largely by public money, has never felt obliged to account publicly by releasing sales figures.

And Melba Recordings, the ultimate beneficiary of the funding, being a private company does not release public accounts.

Instead of defending Melba’s strategy or defending the seeming extravagance and futility, Melba director Terry Lane attacked critics saying that Melba had no equal in Australia and impugned the peer review process – “To talk of “peer review” of this process is ludicrous. Which peers?” This bellicosity reflected a Neroic tone-deafness.

The 2013 annual report of Melba Foundation has since documented its dependency. The directors’ comments painted a bleak future given the uncertainty of government funding on which it is “largely dependent”:

“Going Concern – Notwithstanding that there is significant doubt about future government funding, the financial report … has been prepared on a going concern basis…. Melba … is currently lobbying for new government funding and the board is hopeful that funding will be received in the future. Management are (sic) currently making provisions to ensure the sustainability of the foundation in the future.” (Note 1L., p.12)

The independent opinion of the auditors on the financial standing of the company drew attention to Note 1L. above and stated:

“Without qualifying our opinion [that the report is true and fair] … [t]hese conditions indicate the existence of material uncertainty that may cast significant doubt about the Foundation’s ability to continue as a going concern and therefore, the Foundation may be unable to realise its assets and discharge its liabilities in the normal course of business.”

One would expect that Senator Brandis ensured, by obtaining a letter from the auditors, that these concerns over the ability of Melba to survive had been addressed before authorising a grant of government money to the company.

The lobbying referred to by the directors, began in June, 2013, months before the Liberals were swept into government. Senator Brandis (then in Opposition) attended a Melba function held at the Pratt mansion, Raheen, in Kew, Melbourne. Commentator and Melba supporter, Peter Craven, reported in The Age in treacly terms of Brandis’ potential as a Minister for Arts in the then-prospective Liberal government, suggesting he left attendees with a strong impression that, once in government, he would support Melba.

Whatever prompted the senator’s decision, it’s difficult to see that a one-off grant of $275,000 will materially alter the prospects of the Foundation in the long-term.

Not included in the losses were provisions for doubtful debts owed to the Foundation by Melba Recordings, the private company of Marie Vandamme, who is also the CEO of Melba Foundation. Nearly $200,000 of provisions were made over the 2012 and 2013 years. The report stated that Melba Recordings now has a deficiency of net assets and that its only liquid asset of any substance is the stock of Melba CDs, the market value of which is uncertain.

The difficulties of a major arts company in Australia can give no one any satisfaction, no matter the hubristic disposition of the company in its hey-day. The model might have been a mistake – in effect Melba Recordings was a government-funded privately-owned company – but it’s still public money that has been consumed with little of value to show for it as the Annual Report makes clear.

As I have argued previously, a far better model for the production of hallmark Australian recordings is to put projects out to competitive tender, something one would think fits perfectly with the Liberal Government’s objective of obtaining value for money from the public purse. Providing another non-competitive grant to Melba is likely to be a retrograde step in this context. Melba claims it has no peer; let the market put that claim to the test.

It’s yet to be shown that the Craven prediction in June, 2013, that, “George Brandis show[s] signs of being a better arts minister than we have seen in the longest time”, based on a solitary appearance at a Melba fundraiser, will be fulfilled.

One is left with the disturbing impression that a grant which, in the bigger picture, is immaterial to the sustainability of the receiver and barely noticeable to the giver, simply repeats the mistakes of the past.