Rediscovering the joys of touring during COVID 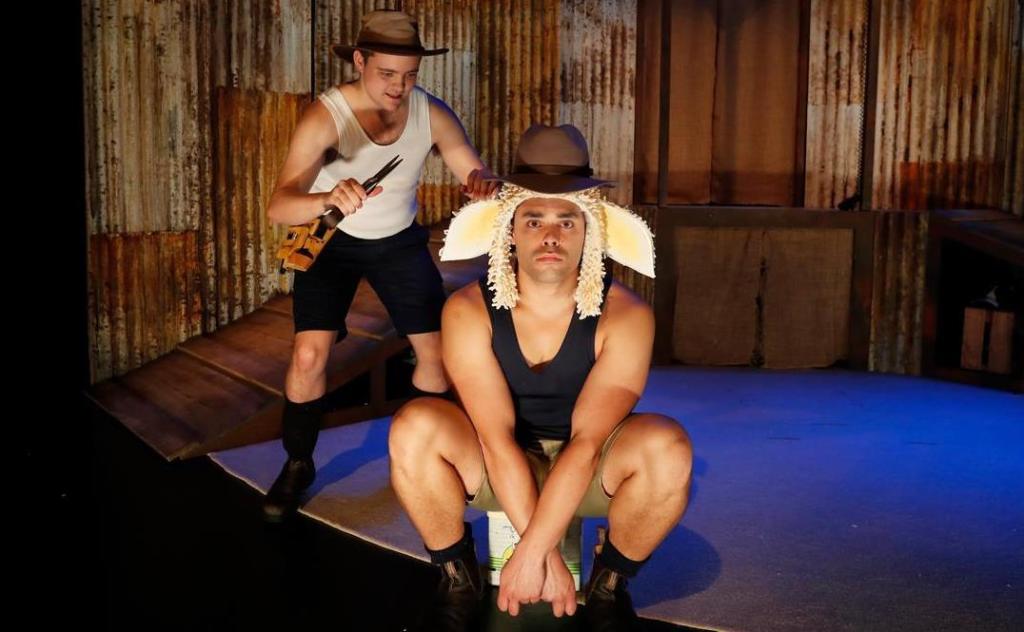 ‘We always do a short season here at our little theatre before we choof off on tour,’ said Di Cesare, Monkey Baa’s co-founder and Artistic Director.

While such performances are a chance to iron out any technical problems before the tour starts, being back in front of audiences after the chaos of 2020 was ‘really quite moving,’ Di Cesare said.

‘Pete the Sheep is our first show back on the touring circuit. Our Diary of a Wombat US tour was pulled last year, and we also had a big tour of Edward the Emu about to go out last year, but that all got cancelled and pushed to 2022. But we had Pete the Sheep already programmed for this year, so we were really grateful that we didn’t have to do lots of reshuffling. We’re really excited about this tour. It’s beautiful, and the four performers are stunning. It’s just lovely.’

This week, Pete the Sheep – based on Jackie French and Bruce Whatley’s picture book and adapted for the stage by Di Cesare and her Monkey Baa co-founders Sandra Eldridge and Tim McGarry – embarks on a 47-venue tour, taking in the ACT, Victoria, Tasmania, Queensland and Western Australia before concluding in regional NSW in November.

Tours are challenging at the best of times, let alone during a pandemic. ‘Ultimately, if just one person gets COVID, everything gets shut down,’ Di Cesare acknowledged, ‘but we’re hoping against hope that doesn’t happen.’

‘If just one person gets COVID, everything gets shut down.’

Monkey Baa has made a number of changes to their traditional touring model in response to the pandemic.

‘We have brought on a couple of understudies who will be able to take over in the event that we are still able to put the show on,’ said Di Cesare.

‘We’ve got an understudy in Queensland, we’ve got one here [in NSW] and one that’s currently touring in another show. So we’ve got the show covered in the event of small things.’

Additionally, financial support from funding bodies means that COVID-contingency plans have been factored into the production budget for Pete the Sheep, in the event of the touring party being stuck in one place if a city goes into a snap lockdown.

The company has also adjusted its audience engagement model, which traditionally would see a teaching artist visiting schools and venues ahead of the production to ensure that Monkey Baa were doing more than just a ‘fly in, fly out’ tour.

‘What we’ve done for this particular tour is that we’ve engaged teaching artists in each state, so that we don’t actually tour out of Sydney. And that’s something that we have wanted to do before, but COVID has really spotlighted it for us this time. So we’ve got some great teaching artists, one in Victoria, one in Queensland, and a couple here for New South Wales, just to avoid the potential of needing to go into lockdown – they can still tour, if, potentially, a border gets shut,’ Di Cesare explained.

WELFARE ON THE ROAD

One thing that hasn’t changed is Monkey Baa’s commitment to supporting the touring party’s psychological and emotional wellbeing.

‘For the last five years we have always built a wellness week into our tours. So we bring everyone home, paid for a week, to just rest and recuperate and hang out with their families,’ said Di Cesare.

Like other companies, Monkey Baa Theatre also runs a wellness program to support the cast and crew while they’re on the road.

‘We work really hard with our performers, and with our crew as well, to give them as much support as we can. And it is a bit trickier with COVID, but we also work to allow partners to join them on tour where we can. Because that’s part of the challenge of touring – being away from your family. So we try really hard to let them carry on some of their family activities if they can whilst they’re on tour,’ Di Cesare said.

‘I toured with a baby in the early 2000s, when my daughter was like, one, two, three. I mean, I think we’re a family kind of company, so you don’t want to send people out there and just leave them out in the wilderness. And with COVID it’s potentially even more distressing, so of course we want to provide as much support as we can.’

While it’s too soon to tell how successful Monkey Baa’s national tour of Pete the Sheep will be, Di Cesare is optimistic about audiences’ hunger for live theatre after the challenges of 2020.

‘I feel very positive, especially regionally. I think the cities have been really affected by COVID, but from what I’m hearing – and I’m hearing it from my peers as well – ticket sales in regional Australia have been fantastic for the shows that have come before us. So I feel really, really positive.

‘I think people just want live theatre again. I feel really positive about that. I don’t think there’s anything better than a visceral, face-to-face live experience. And so I think I think people are definitely coming back,’ she concluded.