Free to fail: the joy of risk in the regions

Programming any new work can be a risk, given that it’s harder to market and sell the unknown. But regional audiences are embracing new Australian stories with gusto.
Richard Watts 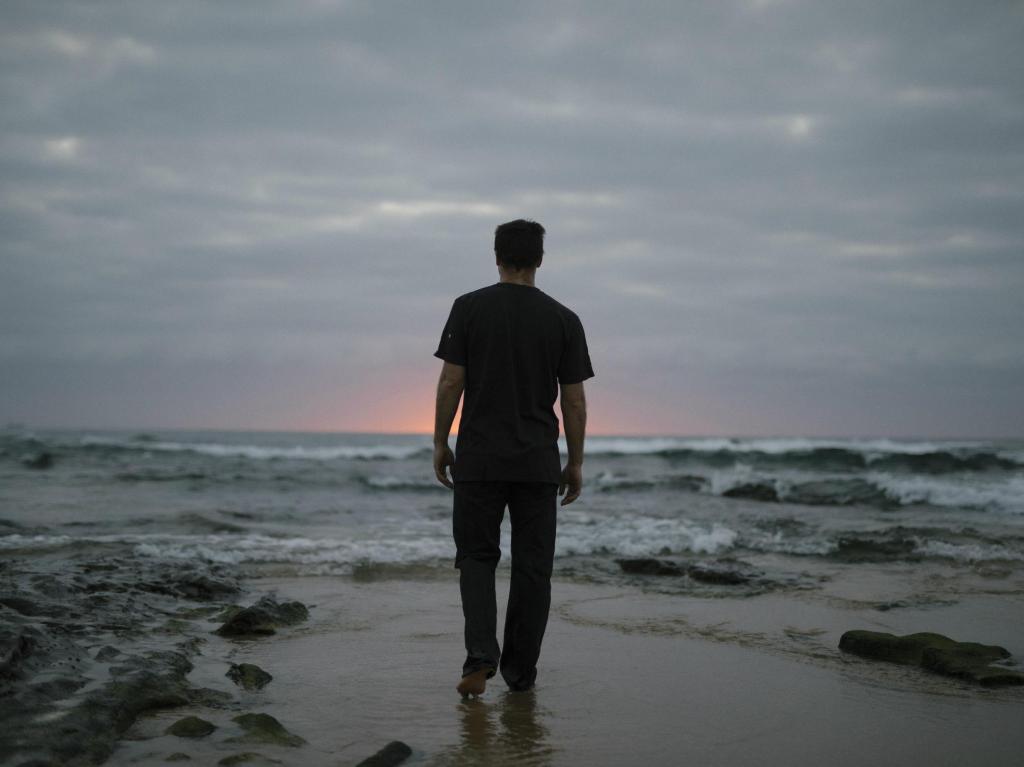 From Mandurah to Renmark, and Cairns to Wodonga, regional audiences are hungry for new Australian stories – especially local stories.

‘When we do a show that is about a local story, experience or social dynamic, generally the audience numbers are really up. Audiences feel like they can take a risk on seeing something that they don’t know, because actually there’s an element to it that’s very meaningful for them,’ said Lyn Wallis, Artistic Director and co-CEO of HotHouse Theatre.

The popularity of new works programmed by companies like HotHouse (based on the outskirts of Wodonga, on the border between Victoria and New South Wales), Lismore’s NORPA and Wollongong’s Merrigong Theatre Company, challenge the lazy stereotypes some city-based practitioners might have about regional audiences.

As NORPA Artistic Director, Julian Louis said: ‘I think the idea that regional audiences are one homogenous audience is obviously dead in the water. Every area is distinct, and this particular area that we’re lucky to work in, the Northern Rivers, is full of creative people, people who are socially engaged.

‘There’s a huge sense of diversity in our community and I think there’s a hunger for brave art, and there’s no way I could program a whole series of plays up here; they just would not be as well received.’

Consequently, said Louis, NORPA has ‘developed an audience – or perhaps they have developed us, I’m not sure – that love physical theatre, that love a mix of forms. So the works that we create often have dance or physical theatre alongside text, alongside live music, and so we’re following that as well as our own taste as what theatre can be.’

Read: How to build a culturally vibrant region

Balancing an audience’s tastes with budgets and the demands of funding bodies is always a challenge, said Wallis, but at the heart of her program and those of her peers is an awareness of the importance of community.

‘I do think that the real focus of a regional company, particularly a company that is at the heart of its community, is to really connect into the community,’ she said. ‘I mean, performing arts centres do that as well and a lot of my colleagues work in performing arts centres. And the ones that are really able to tap into community have developed programs – like Simon [Hinton] at Merrigong, like Guy [Boyce] at Mandurah, like Country Arts SA – that are really able to tap into local artists, local stories, because that really makes you relevant in a region.’

At Merrigong, Artistic Director Simon Hinton said the conversation is about ‘stories of local relevance but with universal resonance’.

‘The more specific you make theatre, the more universal it becomes, in a strange way. We were having a discussion with somebody who said, “Why would people want to see a play set in Wollongong?” and I said, “Well, why do people in London want to see a play set in New Orleans?” And it’s because A Street Car Named Desire is a great play about universal themes,’ he explained.

‘No-one sits there and goes, “This is a New Orleans play; it doesn’t make any sense to anybody else.” It has resonance universally and I think it’s actually partly what makes a lot of the theatre-making in regional Australia really rich. If you focus on the stories that are relevant in your community, through that you actually find that those same human themes make sense elsewhere. Out of the specificity comes a kind of authenticity and a texture that’s really interesting,’ Hinton said.

One of the benefits of programming works which speak to local concerns and challenges, said Wallis, is that it allows a company like HotHouse to take greater risks with structure, style and form.

‘You can start to look for audiences who maybe have not been to the theatre before, and we’ve all got those audiences that we’re trying to tap into, that maybe feel that it’s just not their place, the theatre. But when you have a local story, they can really go for that,’ she told ArtsHub.

‘You can also put it in a different setting, it can be an experiential work, there can often be a different approach around form. An example of that for us would be when we did At the Hip with Roslyn Oades in 2016. That was a really classic story about the national growth period here and Whitlam, and we could have told it in a really boring way, but we got Ros down and used her headphones verbatim technique. And people came and they were going, “Why are those people wearing headphones?” but in the end what they talked about was the story, and the fantastic and alive way the story was told. It was our biggest selling show in 2016,’ Wallis said.

The creative development and presentation of new theatrical works – especially the devised, cross-art form works which are favoured at NORPA, is an inherently risky process. One can never be quite sure whether the outcome will sink or swim – and that in itself is something to be celebrated, said Louis.

‘I’m working on a piece called Wildskin at the moment and this is from a document I’m writing to myself and to the artists I’m working with: “This show is an extension of the pursuit that NORPA has in creating devised theatre works that also hold some kind of narrative structure. The combining of these two goals is ambitious and can be challenging. Failing while attempting this is okay,”’ he said.

‘And the group of people that I’m bringing together are made up of our Associate Artists. And at the moment there’s eight Associate Artists at NORPA, all of which are makers – they make things, they make work. So there are choreographers, dancers, devisers, acrobats, directors et cetera – and those people are actually fuelling our ideas,’ he continued.

‘So I’m not choosing a safe bet, I’m choosing people. I’m not choosing a play off a shelf, a play that’s risen through those playwriting initiatives that I think are tremendous. But we generate work out of ideas and therefore we combine forms.’

NORPA is premiering five new Australian works this year with another four works in development. All maintain the company’s commitment to exploration of form and style.

‘These are not all text based works but explore the combination of theatre and dance or theatre and acrobatics, or site based event theatre … To date we’ve created site specific works on disused railway stations, theatre with a mixed abilities electro bands, new works combining acrobats, dancers, actors and text – we’ve taken risks because we are artists exploring our art form but also out of necessity. To date we have been only able to make project by project – hence the diversity of the body of our work. With tri-annual funding from Create NSW and funding through Catalyst we have been able to back our risks with more confidence and resources,’ he said.

‘For me there is more risk with conventional theatre – more people come when we take risks,’ Louis added.

A hunger for the uncomfortable

Among a number of new and recent works being staged at Merrigong this year, Lost Boys, a new play by Lachlan Philpott, is already garnering considerable attention.

At first glance the play might seem an unusual fit for the Wollongong-based company, given that it is inspired by the wave of homophobic hate crimes which gripped Sydney and surrounds from the late 1970s through to the 1990s. But as Hinton explains, it made perfect sense for him to commission and develop the production.

‘There are two particular reasons why we see it as a local story, I guess. One is that the culture that [those crimes] came out of is very much about the surf beach culture, which obviously is a huge part of the Wollongong psyche. And the second is that one of those murders was actually of quite a well-known local newsreader from Wollongong,’ he said.

‘But I think the main thing that we recognised is that people would see in that culture – the culture that they’ve grown up in here, around the beach and the surf culture and masculinity – the struggle around what it means to be a man in that culture. That’s really kind of evident in Wollongong.’

While tickets for Lost Boys only went on sale in mid-November, the play is already selling well, Hinton said.

‘It’s a bit early to say this, as we’ve got 12 shows in our mainstage season, and obviously we’ve got a few real crowd-pleasers – Calamity Jane for example – but Lost Boys is, I think, fifth in terms of the pick-up of season ticketholders, and that sends a really strong message to us. Like, an unknown piece of new Australian writing is right up there in terms of what the audience is choosing to include in their season tickets,’ he said.

Risky programming is also paying dividends at HotHouse Theatre, according to Wallis.

‘I want to bring the best into the region. I want people to have the same kind of electrifying experiences that they might have in Sydney or Melbourne. And an example of that for us this year is SHIT by Patricia Cornelius. I mean, regionals ran a mile from that and I understand – but I’d been looking at it for a while going, “God, I really want to bring that world into my community and I think I have a sophisticated audience and they want to see it but how do you sell it with that title?”

‘But it’s interesting, as I’m watching the sales figures, it’s become one of the highest-selling shows so far in the season, as those sales are coming through. And part of that is that they’ve seen that the Sydney Festival and bigger platforms have taken a risk on it and so it gives it a kind of credibility and a sense of, “I want to have that in my town as well; I want to be able to see that really electrifying work.”

‘So, I think it’s just so important to not underestimate your audience is what I guess I’m saying. We can do that and go, “They’ll never want to see that, they won’t get that,” but actually when you chuck it in there, sometimes they’re just going, “Thank god you did that because I want to see that too.” So I think it’s really important not to underestimate audiences in regional settings,’ she concluded.