Calling scientists and creatives for new residency at Sydney Observatory

Observatories are far more than places to star gaze; they’re repositories of history, exploration, timekeeping, and meteorology – and now a source of artistic inspiration.
Gina Fairley 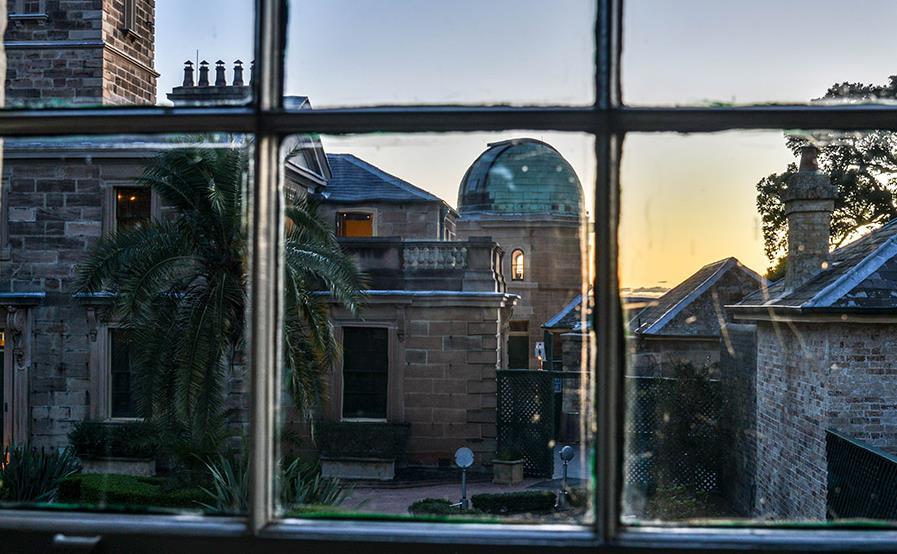 A colonial institution in the heart of Sydney, Sydney Observatory inspires wonder, connection, and a healthy questioning of our world and beyond.

You don’t have to be an astronomer to appreciate its wonders. According to Catherine Polcz, who trained as a botanist; the Observatory has an almost magical capacity to engage.

‘Every day of the three years I have been working at the Observatory, I learned something new. That is the great thing about space and astronomy – people interact with it in a personal and unique way, more so than the other sciences,’ she told ArtsHub.

Polcz is the Science Program Producer at the Powerhouse Museum and is charged with delivering Sydney Observatory’s inaugural Residency Program.

The 160-year old institution is calling for Expressions of Interest (EOI) from established and emerging researchers, artists, scientists and creative practitioners to take up office at the Observatory and delve into its archive and history – which includes the colony’s first meteorological records and the charting of over 430,000 stars in the southern sky.

While the Observatory has had a few pilot residencies to date, including a project with the Biennale of Sydney, this call for EOIs ‘officially kicks off an ongoing Residency Program with an open call for submissions,’ Polcz explained.

‘Astronomy is a really special science in the way that people are intimately engaged with it, you don’t need to know all the equations and theorems to have a  meaningful experience with astronomy.’

Up until the 1980s there was a government astronomer on site conducting research, but in subsequent years the Observatory has played a more educational role. Now it is opening up its doors to the creative process too.

‘The residency will welcome researchers, creatives and artists back in, and expand what we do for the community as well,’ Polcz said.

The Residency Program will be centred around scientists and creatives working on site at Millers Point overlooking Sydney Harbour.

Dedicated office space will be offered to residents, with access to a communal meeting place.

The residency has been structured on a seasonal model,  for a period of four to 12 weeks. This EOI call out is for Summer 2020 to Spring 2021.

Polcz said: ‘The sky changes every month and every season, and it influences so much of our program and what we do.’

‘We would like to see projects that are engaged with who we are and what we do.’

The Observatory is a colonial site, and is one of the oldest science institutions in Australia.

‘There is a lot to investigate! We want the residents to connect with the themes of the site – astronomy, physics, social history and colonial history, time keeping, navigation and surveying, and meteorology. Some of the oldest [Australian] weather records come from the site which is where the Bureau of Meteorology found its legs,’ explained Polcz.

She said the ethos of all programming offered at the Observatory is about ‘opening up curiosity and wonder and creating personal experiences’, with this role of questioning and exploration a key foundation of the new residency.

‘In the past, ours has been a very institutional voice and approach, so part of what we are doing with this ongoing Residency Program is to open up the conversation and invite in new ideas. The Observatory is looking at collaboration and how this site can be inter-disciplinary. We are looking for projects that have public outcomes and will add real value to the Observatory experience,’ said Polcz.

Residents will also have the opportunity to engage with Sydney Observatory’s Collection and the wider Powerhouse Museum Collection.

‘How they interpret that archive in relation to the physical site through the residency is another option,’ said Polcz. ‘We don’t want to be prescriptive.’

Polcz said the organisation was open to collaborative and cross-discipline projects, and welcomed EOIs from smaller festivals, film projects or creative initiatives alongside artists.

Polcz added: ‘We are really keen to hear from people before they apply to discuss ideas and help walk through the program and process.’

The spaces are offered in-kind. There is no residency fee paid. EOIs are welcomed from all states and territories, however travel arrangements are the responsibility of the successful resident.