Making its world premiere at the Adelaide Festival, this jazz reimagining of The Who’s masterpiece is far from audience-ready.
Richard Watts 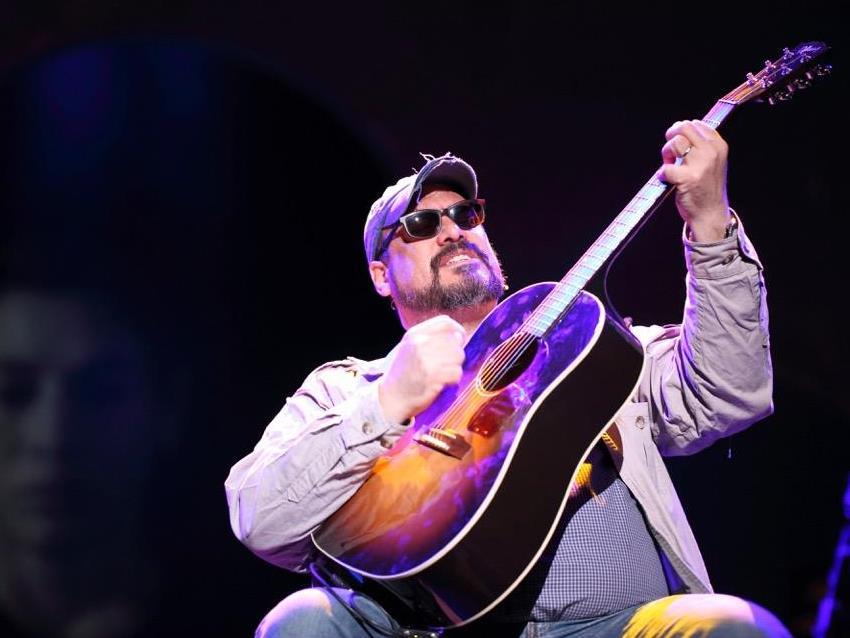 Charles Mingus in Tommy at the Adelaide Festival of Arts. Photo by Tony Lewis.

Released in 1969, English rock group The Who’s fourth album Tommy may not have been the world’s first rock opera, but it is certainly one of the most influential, making its ‘reimagining’ by composer/performer Eric Mingus for the Adelaide Festival fraught with challenges.

Tommy is the story of a young man rendered psychosomatically deaf, mute and blind by childhood trauma, who goes on to become a deft pinball player. Later in life, having been cured of his disability, he establishes a religious cult based out of a holiday camp.

Predominantly composed by Pete Townshend, the album reflects the musician’s then-interest in the spiritual teachings of Meher Baba, and while its narrative doesn’t stand up to careful scrutiny, the power of some of its songs is undeniable. Unfortunately, for this semi-staged concert presentation, many of those songs are drained of their power and impact.

The production is introduced and directed by Mingus, the son of jazz great Charles Mingus, who tells us at the start of proceedings that he discovered Tommy by chance, shortly after his father’s death, when he could no longer listen to the music they’d once shared together. The concert is very much his baby, right down to the Roman ruin-style set at the back of the stage, which he designed; Mingus also narrates the production, channelling both revival preacher and beat poet in an undeniably charismatic performance.

He is backed by a 12-piece jazz band, and joined by guests including Robert Forster (The Go-Betweens), US singer-songwriter Harper Stone, cabaret star Camille O’Sullivan, and Australian actor Yael Stone. Unfortunately, despite Mingus’ enthusiasm for the project, there was a distinct sense of proceedings being under-rehearsed, extemporised, and lacking focus and a clear direction. The production also felt undercooked, with numerous fluffed exists and missed cues apparent.

Forster seemed stiff and uncomfortable, with his voice constricted as a result, while Gavin Friday swung between grossly exaggerated (‘Fiddle About’) or oddly passionless (‘Acid Queen’); any hint of transgressive menace he brought to the latter song when he entered wearing a red feather boa was quickly dissipated. Other performers seemed dispirited or underutilised, though O’Sullivan shone during her moments on stage. Familiar songs such as ‘Pinball Wizard’ were radically transformed, slowed down and drained of impact; a loss of energy in proceedings was also noticeable in the pauses between songs, which further drained the production of dynamism. Its ending was notably anti-climactic.

The overall impression was of a production badly in need of stronger direction; watching musical director Giancarlo Vulcano conducting one group of musicians while Mingus directed the other half only added to the sense of a work that lacked unity. Consequently, while technical elements such as projections and lighting were impressive, musically Mingus’ reinvention of Tommy felt laboured and dramatically inert.

ArtsHub reviewed a preview performance of Tommy at the request of Adelaide Festival of the Arts. Based on the slipshod production this writer witnessed, it is to be hoped additional performances will be more passionately and convincingly performed.