A 19th century depiction of one of the Bard's pastoral plays is a delightful experience.
Megan Koch 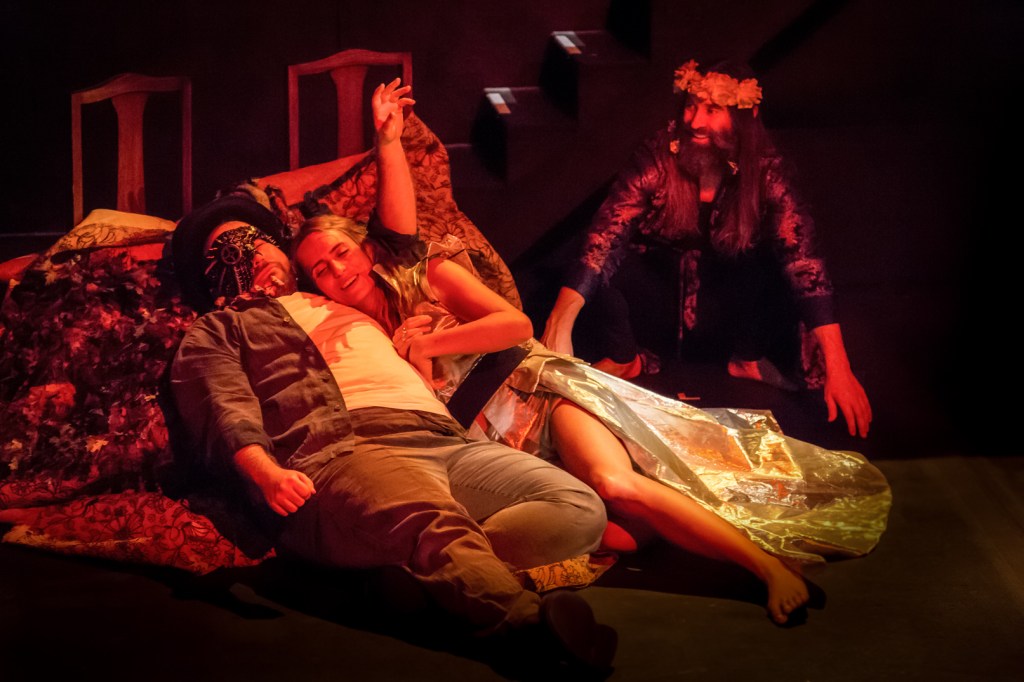 This version of one of Shakespeare’s lighter plays is ‘a fitting addition to the Theatre Guild’s decades-long history of producing community theatre.’ Photo by Richard Parkhill.

Sitting in the Little Theatre watching the University of Adelaide Theatre Guild perform A Midsummer Night’s Dream is a joyful experience. This amateur production of one of Shakespeare’s most beloved plays – the group’s second show for their 2022 season – is directed by Megan Dansie and features a cast composed of both seasoned performers and those making their acting debut. All are united by their sheer enthusiasm: fairies, mortals, and ‘rude mechanicals’ look to be having as much fun as the audience assuredly is.

By necessity, given that this is a smaller-scale production, the task of conveying the magic and delight of the play falls almost entirely to the performers – no one has the luxury of hiding behind fanciful fairyland sets or expensive costumes. Thanks to the cast’s impressive comedic skills and inventive physicality, it works. So adept are most of them at ensuring their fast-paced Shakespearean dialogue is not just comprehensible but genuinely funny, it makes the attempts at adding anachronistic jokes feel at times unnecessary (for instance, suddenly calling out to the audience for someone to get out their weather app to check whether ‘the moon shine that night we play our play’ is a little jarring).

A clear standout among the comic actors is Matthew Houston, perfectly cast as Bottom. His scenes with Annie Matsouliadis’s Titania, and as play-within-a-play character Pyramus opposite Karma Duffield as Francis Flute/Thisbe, are particular highlights. Experienced performer Bronwyn Palmer is a commanding stage presence as Oberon (she also transforms seamlessly into Hippolyta alongside Matsouliadis as Theseus), and Finty McBain and Airlie Windle make an engaging pair as quarrelling friends Helena and Hermia.

Dansie has chosen to place this version of A Midsummer Night’s Dream in a 19th century-inspired setting, with the aim, according to the director’s note, of exploring the idea of ‘straight-laced, confined city people finding their true selves in the wilds of the forest’. This contrast between strict Victorian society and the chaos of the natural world is a potentially interesting concept, but it is not explored as fully as it could be. The four young lovers in their steampunk outfits end their night of adventure looking much as they did at the beginning, minus a jacket or two, while the fairies come across more as a mischievous dysfunctional family than wild forces of nature.

While it might not be offering any radical new insights, this production undoubtedly fulfils its purpose as a charming comedy. It is a delight to watch, and a fitting addition to the Theatre Guild’s decades-long history of producing community theatre and supporting local talent.