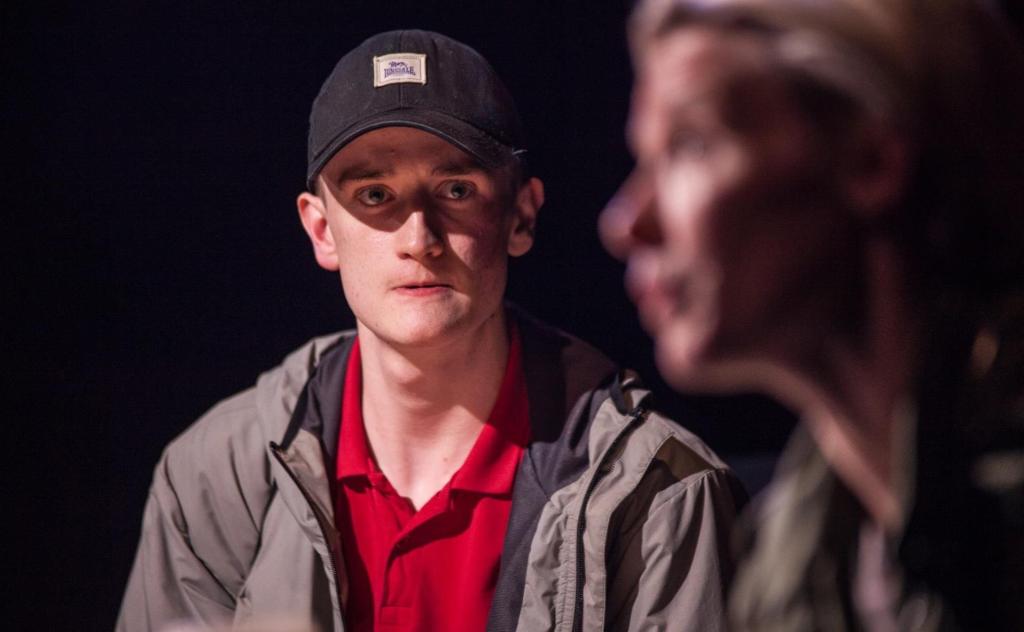 High atop the Salisbury Crags overlooking Edinburgh, 41-year-old Libby (Shauna Macdonald) is about to kill herself until 17-year-old Declan (Angus Taylor) prevents her from throwing herself off the cliffs.

A washed-up ex-playwright, Libby has resentfully returned to Edinburgh and moved back in with her mother after her glittering London career turned out to be fool’s gold. She is drunk and miserable and has given up on art – until she discovers Declan’s gift. His drawings are ‘dark and fierce and sort of blissfully and naively sincere,’ and one of the only things in his austerity-choked life that give him solace, other than his vulnerable little sister, of whom he is fiercely protective.

Fascinated by Declan’s drawings and his stories – a window into a lifestyle that is the polar opposite of her own middle-class frustrations – Libby befriends Declan, taking him to cafes and art galleries and gradually gaining his trust. She also starts writing a new play based on Declan’s life.

First staged in 2018, Kieran Hurley’s Mouthpiece is an electrifying riff on Pygmalion in which questions of cultural appropriation and class consciousness are writ large – literally so, with lines from the script projected in Times New Roman at the rear of the stage. A meta-theatrical gem that maintains its intellectual ferocity without ever sacrificing an iota of drama, the play sees Macdonald’s Libby regularly commenting on the nature of playwriting itself – describing the necessity of opening scenes which plunge us directly into the story, and other rules of dramatic structure – without ever undercutting or weakening the emotional intensity of the play itself.

While the script balances such elements delicately and sensitively, the drama itself is fierce and utterly of its time, exploring the gaping chasm between Declan’s poverty-stricken upbringing and Libby’s ultimately selfish benevolence. Director Orla O’Loughlin generates remarkable tension as the play builds towards its climax while Hurley’s script surprises, moves and entertains at every turn. Performances – especially from Taylor, currently studying his third year of acting at the Royal Conservatoire of Scotland – are faultless and thrilling.

Provoking laughter and tears in equal measure, Mouthpiece is a highlight of the Adelaide Festival – it needs to tour the country widely, and urgently so.