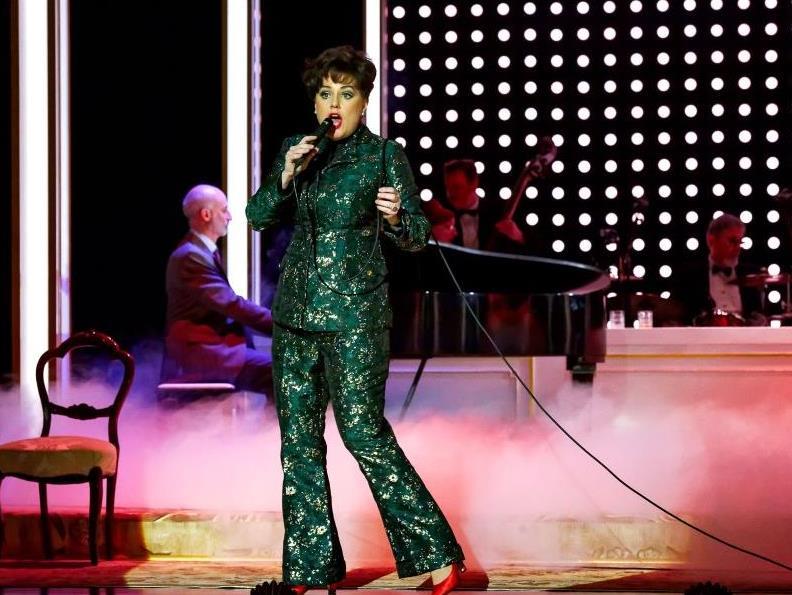 End of the Rainbow has enjoyed worldwide success, and critical acclaim, since its first run at the Sydney Opera House in 2005. It’s been a major hit in the West End and on Broadway and is in production as a feature film, simply named Judy, starring Renée Zellweger in the lead role.

Written by Peter Quilter and directed by State Theatre’s resident artist Elena Carapetis, End of the Rainbow opens with Garland in residence at London’s prestigious Ritz Hotel preparing for a six-week season at the Talk of the Town. It’s 1969 and her life, and her career, is already in tatters thanks to a destructive mix of pills, alcohol, and personal demons.

Staged as part of the Adelaide Cabaret Festival, and coinciding with the 50th anniversary of Garland’s death, this is a sad look at a tragic figure.

Musical theatre star Helen Dallimore captures the complexity of Garland’s character, flitting between flirtatious and flighty to manic and manipulating. She also has the voice to carry a creditable Garlandesque song. These well-loved numbers, performed with panache by Dallimore, are the highlight of the show.

Dallimore is ably supported by Stephen Sheehan as her devoted pianist Anthony and Nic English as her long-suffering fiancée Mickey Deans.

The fading glory of Adelaide’s aging Royalty Theatre, usually the home of am-dram productions and callisthenics competitions, adds a poignant touch to the story of a star in decline. And the clever set which changes from the hotel suite to the Talk of the Town, complete with live band led by musical director Carol Young, brings sophistication.

This production of End of the Rainbow feels trapped in an uncomfortable chasm between serious drama and camp comedy but is ultimately saved by the strength of the lead performances.