Review: David Campbell is Back In The Swing Of Things, Adelaide Cabaret Festival (SA) 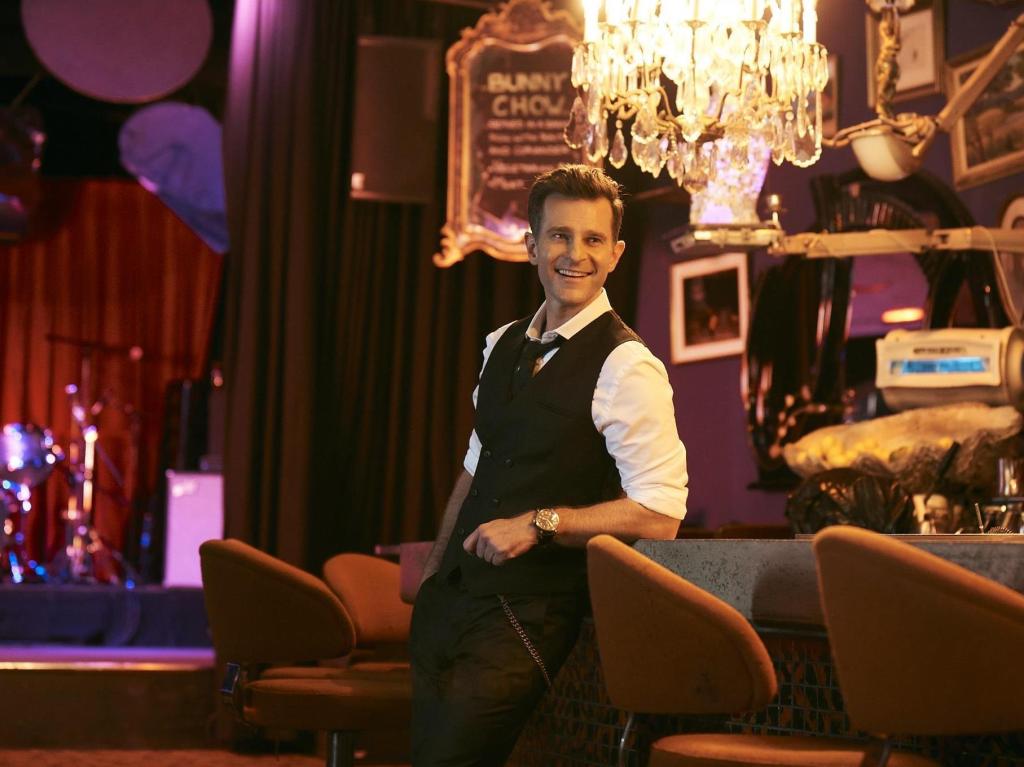 There wasn’t a spare seat to be found in Adelaide’s Thebarton Theatre on Thursday night for David Campbell’s new show, Back in the Swing of Things. Campbell says big band swing music has always been his first love and the adoring audience returned the love in more than equal measure.

It’s a usual part of a cabaret performer’s shtick to say ‘I love you, Adelaide… (Moonee Ponds, Melbourne, Miami…),’ usually with as much sincerity as the ubiquitous ‘have a nice day’. But when David Campbell says ‘thank you so much for coming, you have been amazing, I love you all,’ we believe every word.

Campbell is a much-loved son of Adelaide who grew up in the northern suburbs and went to school at Northfield High. It was good to see his mum Kim in the audience. And then there’s his famous dad, the original working class boy from Adelaide made good. He wasn’t in the audience but there were plenty of posters outside the theatre promoting his new book.

So David Campbell was among friends, and even in the big old Thebby Theatre, created the intimacy of a true cabaret show.  Curiously this was his first time on the Thebby stage. The last time he was there was to see The Ramones way back when.

This is the final few days of the Adelaide Cabaret Festival and Campbell paid tribute to this year’s Artistic Director, the very lovely Julia Zemiro, and the festival’s founder, Frank Ford. Campbell was Artistic Director of the Cab Fest for three years from 2009 – 2011, a role he shared with his wife Lisa, and so it has a special place in his heart.

Accompanied by a nine-piece band, led by the astonishingly talented young pianist Jack Earle, and joined on stage by singer Josie Lane, Campbell sang his way through a collection of show tunes and classics. The show opened with ‘Come Fly With Me’ and ‘Mack the Knife’. From there, it was a journey through his musical theatre hits from the shows Dream Lover, about singer Bobby Darin, and Shout, the story of Johnny O’Keefe.  There were a few spots where the band threatened to overpower Campbell’s vocals and the mix sounded a little harsh in parts, but that might have just been the choice of microphone.

The high-octane duet of the Frank Sinatra classic ‘That Old Black Magic’ between Campbell and Lane was amazingly good. And there were some quiet moments as Campbell sang a ballad or two alone on stage with just Earle at the piano.

Between the songs, Campbell chatted with the audience just as if we were old friends. He told a wonderful story about being cast as Ben Affleck’s singing voice for the movie Joseph, King of Dreams, and of his adventures living and working in New York.

His anecdotes included his upbringing, the musical theatre shows he’s done, his personal passions, and, of course, his family. He talked warmly of his children, eight-year-old Leo and four-year-old twins Billy and Betty. It’s clear that strong-willed Betty is already the boss of the Campbell household. And he gave a great rendition of the J O’K song ‘She Wears My Ring’ that he used to propose to his wife.

After a couple of standing ovations and generous encores it was time to say goodnight. But still the bonhomie continued with Campbell happily signing CDs and chatting to fans in the foyer after the show.

David Campbell is Back in the Swing of Things
David Campbell and band led by Jack Earle with Josie Lane
Thebarton Theatre, 20 June 2019