An audio-visual experience that mapped the forces of nature.
Leila Lois 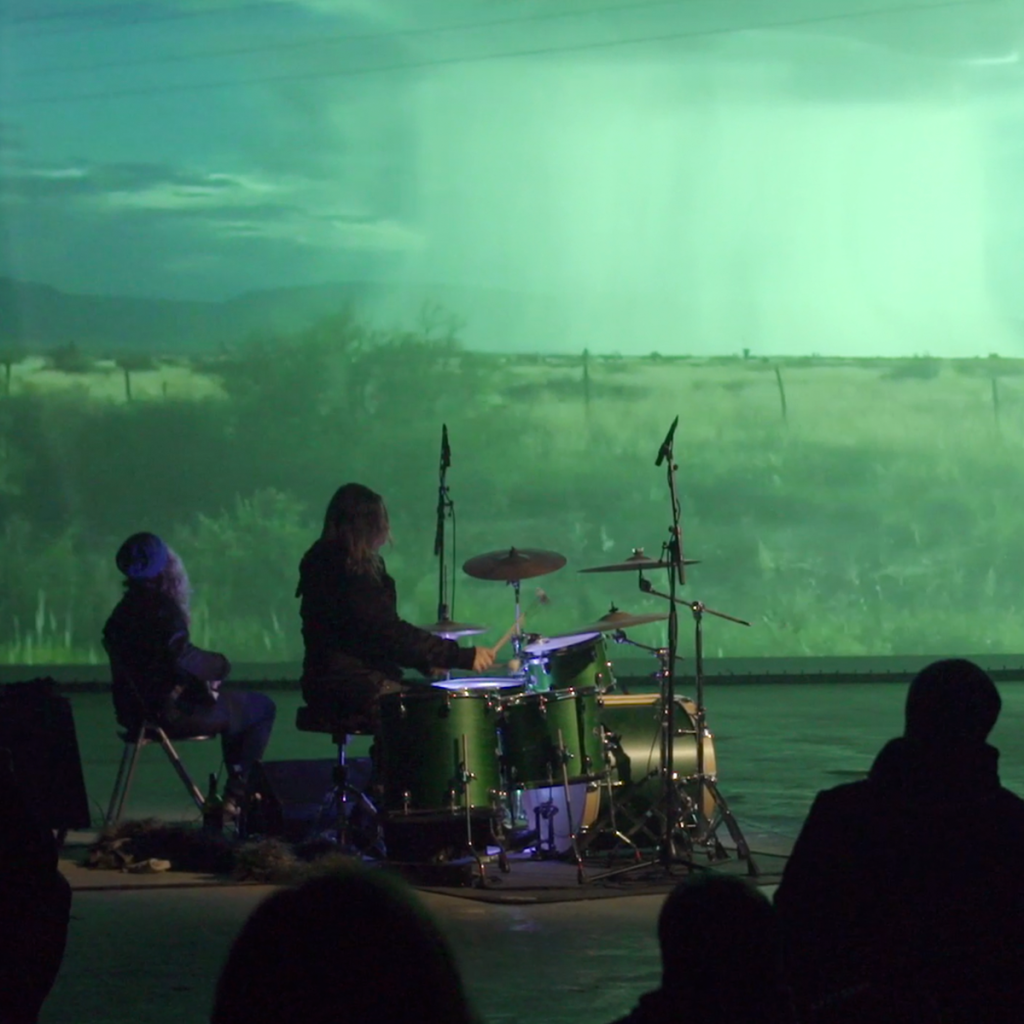 Thunderhead was a durational visual auditory experience that pulled on the heartstrings and coursed through the body like shock waves.

We were invited into Substation to seats around the back of the vast upstairs space, or a position on the foam mat covered floor. I sampled both experiences and found the floor position, in front of the musicians most stirring; with a bath of tense music and compelling projections to drink in. The rising swell of live guitar and drums against a backdrop of tornado footage was a multi-sensory thrill.

The musicians, Tina Havelock Stevens (Drums) and Liberty (Electric Guitar), created a liminal auditory landscape, traversing beauty and destruction as they moved through their set, changing dynamics to keep the attention of the audience. The cinematography, captured by Havelock Stevens on Route 54 in Texas, was reminiscent of the nineties and noughties storm-hunter films, Twister and Storm Chasers.

Read: Exhibitions review: We Hold you Close and Monumental

Drive-by footage of a tornado in an arid field was looped on to the projection screen, driving the durational performance. It was quite mesmerising, as you watched the storm whizzing by again and again to the twangs of guitar and simmering drum beats. The effect of witnessing the performance was a curious kind of hypnosis, helped by the grand acoustics of the high converted factory ceiling and a glass of prosecco from the bar. The atmospheric durational piece fit perfectly in this most trendy of West Melbourne locations: The Substation.

Though not didactic, Thunderhead had reach beyond optical awe, it spoke to current collective concerns of global climate events in a novel and engrossing way. Gathering an audience and taking them on a ride through the wiles of the weather was a welcome reminder as we are experiencing more regular national disasters such as bushfires and flooding. Thunderhead directed our gaze upwards and outside of our interior weather, to register that there are forces in nature that we cannot escape and would do well to heed, before it is too late and we are consumed by them.