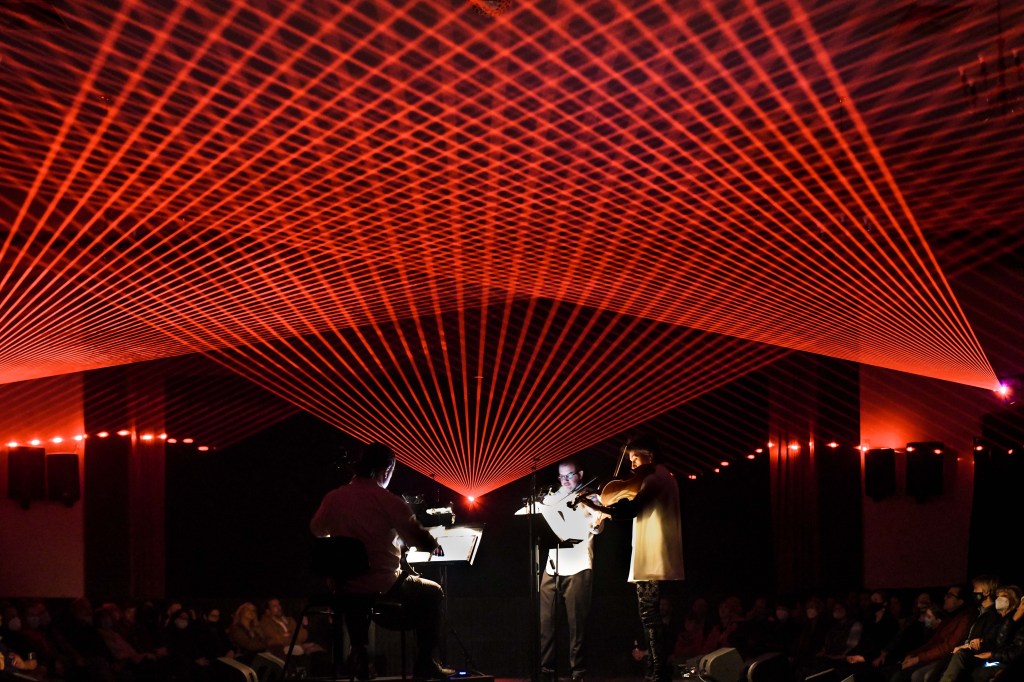 Australian born and now Europe based violist Tahlia Petrosian created KLASSIK underground back in 2016, but it has not been shown in her home country until the Illuminate Adelaide festival.

In introducing the Adelaide shows, which were held at the Dom Polski Centre in Adelaide over three nights, Tahlia explained that she created the format in a bid to bring classical music to a wider audience.

If the sold-out Adelaide show is any indication, she well and truly achieved her goal, with the audience a mixture of 20-somethings, to octogenarians.

By combining classical music with live visuals from leading artists, and enclosing it in a show that runs for less than an hour, Tahlia opens the classical genre up for people who may not necessarily be willing to sit through a full symphony concert.

One of the concerts of the series focused on the work of Russian composer Shostakovich.

But, as Tahlia explains, the work was put together at a time when the world was a different place, before the Ukraine conflict broke out, so the performance is opened with a short piece from Ukraine’s most famous living composer Valentin Silvestrov.

After the opening from Silvestrov, Tahlia brings the night’s visual artist and lighting extraordinaire Robin Fox onstage, to talk through his involvement in the performance. The Victorian based artist – who is one of the directors of the Melbourne Electronic Sound Studio – explained that the show he created was aimed at letting the music be the star, but also partly him wanting to be a ‘part of the band’ in other sections.

Fox’s artistry of shooting laser lights, which at times feel like they’re about to come down into your lap, pairs beautifully with Shostakovich’s works.

At another of the concert series, the musical performance is paired with works by experimental film maker Margie Medlin. While Medlin’s works are a good pairing for the opener of Bach Fugues, their matching with Steve Reich’s Different Trains is almost too perfect. It’s almost like the works were created to be performed together.

As Medlin’s flashes of trains and landscapes are illuminated onto the walls of the Dom Polski Centre, the frenetic work of Reich is its ideal accompaniment.

KLASSIK underground offered something very special for Adelaide audiences, and hopefully opened a few new eyes to the joy of classical music.

KLASSIK underground was presented as part of Illuminate Adelaide from 16-17 July 2022.