If the launch of the Melbourne Cabaret Festival is anything to go by, Melbourne audiences will be laughing till their sides ache.
Barbara Booth 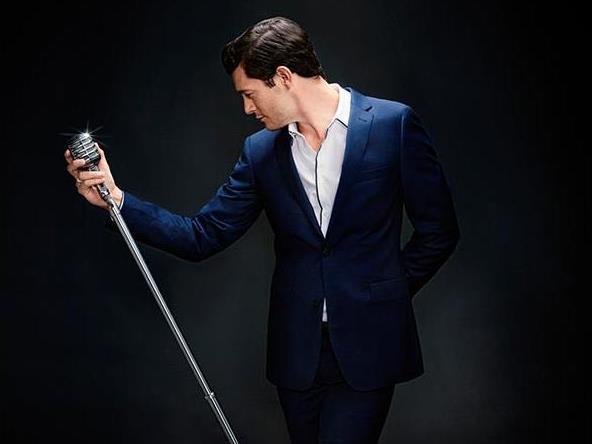 Cabaret has been a platform for multitalented performers for a hundred years and is usually accompanied by witty, risque commentary. The intimate relationship between performer and audience (be warned, don’t sit in the front row unless you have a yen for exposure!) is something which can never be replicated to the same extent on a television set.

The Alex Theatre was the ideal place for the evening’s showcase. With its street front surrounded by Hollywood style lights, the conversion of the old George Cinema has brought back to life an historically significant section of St Kilda. A few steps from the classic George on the Corner of Fitzroy and Grey Streets, the Alex has now been converted into three major theatre spaces, one holding 500 people, another 294 and a third which will be ‘The Studio’  and will function mainly as a rehearsal room. The Cabaret launch was the theatre’s fourth major show.

Opening night kicked off with an  ‘up-close and personal’ Dolly Diamond, entering ‘voice first’ and resplendent in flashing diamantes and full length evening dress. Sashaying down the aisle, she did Lionel Bart proud with segments from Oliver!. Diamond’s cavernous mouth, with bright red lips and vocal range from bass baritone to top C Soprano, suggestively mouthed every word and had us singing along.

Rob Mills was an ideal choice to host the evening. The lanky Hugh Jackman look-alike (or was it Peter Allen?) had the right amounts of experience and talent to involve the audience and keep the evening pumping along as he introduced Peter J. Casey on keyboard. His target ‘hero’ was Pete Evans of My Kitchen Rules and Paleo diet fame and he presented a rapid tongue-in-cheek ramble about being over-cooked and the evils of  activated almonds.

Casey’s Cabaret Festival show is called I Am Sick to Death of Hearing about the Weimer Republic and, much as I appreciated the fabulous voice and expressive eyes of the next act, Annie Lee, I can only echo his sentiment. The Weimer period, with all its brilliance has been done so well by Barry Humphries and, long ago, by Marlene Dietrich, that perhaps there’s another place for it than the current Cabaret Festival line-up.

Upstaging Opera Australia’s contentious cuts to the number of local artists it employs was hilarious duo, Jacqui Dark and Kanen Breen, strapped into black corsets, sprayed on black leather shorts, and boots with fishnet stockings. Both seasoned opera performers, their voices were professional and confident as they delivered their hilarious ‘Masculine one and Feminine one’ song though perhaps the volume could be modified for such a small venue as, at times, it was hard for the second row to distinguish the words.

The ‘Your Theatrics International Cabaret Contest,’ held each year, is a great platform for cabaret performers, bringing its winners more experience on the Australian Festival circuit as well as opportunities in New York City, Noni McCallum was this year’s well-deserved runner-up. As Tinderella, bemoaning the dating scene for the 30+, McCallum’s voice is amazing, matched by her delivery of clever words and perfect timing. She has set the standard very high for other performers in this Cabaret Festival.