Exhibition review: This is a Poem, Buxton Contemporary

Art and poetry in conversation with one another.
Vanessa Francesca 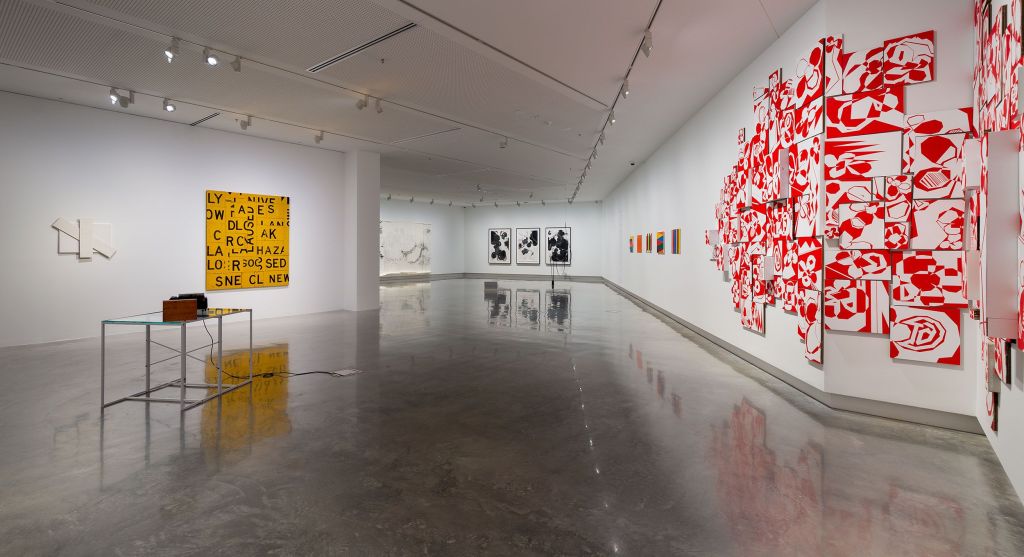 Featured works in This is Not a Poem include those by John Nixon, Newell Harry, Rosalie Gascoigne, Simryn Gill, Mira Gojak, John Nixon, Rose Nolan.

It is a little known secret about the artistic life of Australia’s most European city that some of its best contemporary art galleries are associated with Australian universities. To this end, Buxton Contemporary’s showcase of its general collection in the mixed media collection, This Is A Poem, was a chance to explore one of the most wide-ranging collections of Australian painting, sculpture and conceptual art.

Buxton Contemporary began its life as the private collection of the property developer Michael Buxton, who by 1995 had amassed one of Australia’s most significant collections of contemporary art in more than 350 works. The same year, in one of the most significant acts of philanthropy in Australian history, Michael and Janet Buxton donated their collection to The University of Melbourne, where it is now housed in a purpose-built architecturally designed building between the Melbourne Theatre Company and the Victorian College of the Arts.

The exhibition This Is A Poem is an occasion to showcase pieces from the exhibition’s general collection by commissioning a series of poems on these pieces. The exhibition uses recordings as well as a reading, which took place on Sunday 14 November, to showcase the poems.

The exhibition was curated by Melissa Keys, who is currently a curator at Melbourne’s well- known public art gallery the Heide Museum of Modern Art. It features poetry by indigenous poet Evelyn Araluen as well as University of Melbourne Professor Kevin Brophy. There was art by Mitch Cairns, (whose portrait of the contemporary artist Agatha Gothe-Snape won the 2017 Archibald Prize), as well as an anti-racist work made from found objects from the ’White Australia’ policy by Rosalie Gascoigne.

This Is A Poem is a stylish and eye-catching exhibition which posits all kinds of works in conversation with each other. One of the best examples of this is in the works by Michelle Nikou and Hany Armanious that combine sculpture and textiles with textual artefacts in the form of a quote by Sylvia Plath that foreshadows the information age. The feminist, textual engagements continue with the collaborative movement piece ‘H(e)R{—} …, …;x’ (2021), which riffs on one of the sculptural highlights of the exhibition, Emily Floyd’s ‘Temple of the Female Eunuch’ (2007) – a series of beautiful, subtly ionic wood sculptures that engage with the cover image of Germaine original text.

The poetry is similarly ambitious and welcoming. Bella Li’s prose poems ‘Beaches’ and ‘When We Were Young’ from David Jolly’s drawings capture the sense of innocence and humour of ambiguous human relationships, as well as joy at witnessing the events of the natural world. Lisa Gorton’s ‘PROP 1’ leverages caesura and linebreaks to create a juxtaposition of written work as minimal as Mira Gojak’s labyrinthine wire sculpture.

These artworks and poems are tied together by an essay on the problem of ekphrasis, ‘this is / not / a poem’ by Justin Clemens, which characterises art as multivarious and referential by nature and asks whether this fact enriches or invalidates the artistic tradition. Buxton Contemporary’s This Is A Poem, with so many of Australia’s iconic works of contemporary art in one place, doubtless provides its own answer to such a question.

This is a Poem was on display from 9 July to 14 November 2021 at Buxton Contemporary, Melbourne.