This is a book for the traveller, the hiker, the swimmer, the diver, and – in a timely coincidence – the armchair explorer of wonderful places.
Erich Mayer 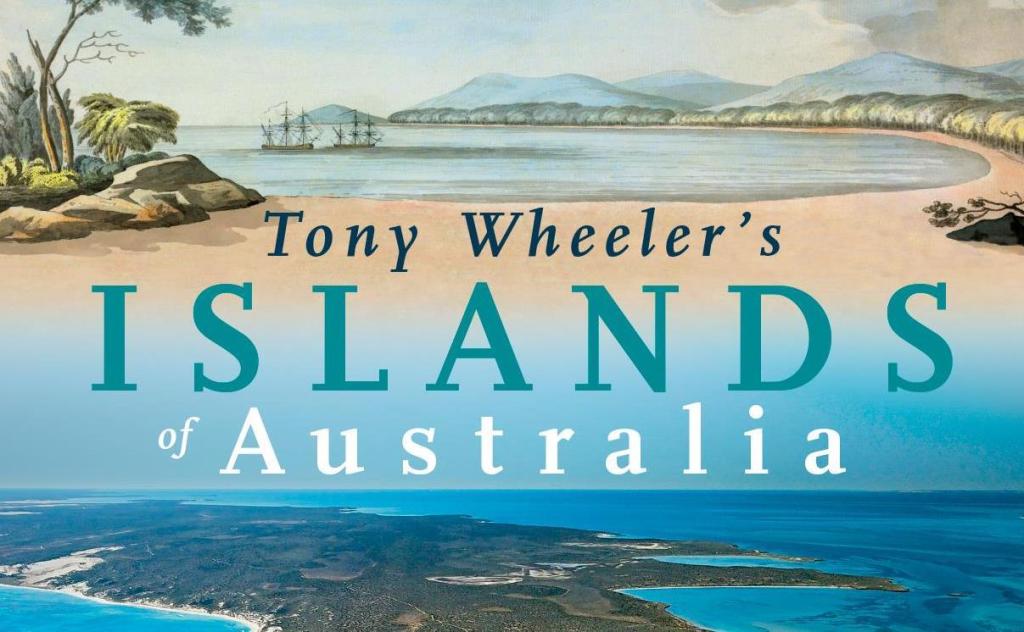 Islands of Australia is partly a low-key, illustrated travel guide, partly a history book and partly a reference volume. It does not pretend to describe each one of the more than 8,000 islands off the coast of Australia, but rather ‘takes an island-hopping tour around the coast, stopping off at islands that represent just a fraction of our continent’s vast array. The islands described have been chosen for their natural beauty, their unique fauna and their diverse Indigenous and European histories.’

There is an excellent index, so while the islands are presented in logical geographic order grouped by state, it is easy for the reader to locate an island of their choice. This book is not meant to be read from cover to cover but rather explored or browsed when the mood takes or the need arises.

With the help of the team at the National Library of Australia, and in consultation with local communities, Tony Wheeler has used Indigenous names for the islands. The numerous illustrations range from spectacular contemporary photographs to images culled from the collection of the National Library, with many helping to illuminate historical highlights. The ample provision of maps ensures the reader does not get lost in the profusion of islands and can envision them in connection with mainland Australia. Of course, this is a coffee-table book, but it should not be undervalued on that score. It is a serious work, as attested to by its publication by the National Library, which does not lend its name lightly.

Islands of Australia is written largely objectively except for the occasional note from Wheeler, signed by him to emphasise the personal. This is a little of what he has to say about Lizard Island:

‘It has spectacular scenery, beautiful beaches, coral and diving, the Captain Cook connection and big lizards; it simply can’t be beat. Seeing lots of my favourite reef fish, including clown fish, gathering on their host anemones just a quick snorkel from the beach simply underlines the attraction.’

Other notes include reference to the bays on Kangaroo Island and to a dolphin encounter off Orpheus Island.

Near the end of the book is a list called ‘Australian Explorers and Their Ships’. It starts with Willem Jansz landing on the west coast of Cape York in 1606 – almost two hundred years before Matthew Flinders got there. The list finishes in 1818 (the year Frankenstein was published in London) with Louis de Freycinet’s last visit to Dirk Hartog Island. Presumably, ships coming to Australia after this time could longer be classified as being crewed by explorers.

This is a book for the traveller, the hiker, the swimmer, the diver, and – in a timely coincidence – the armchair explorer of wonderful places. It is a book with reminders of more recent Australian history and does not gloss over some of its worst aspects. The descriptions of terrain and the presentation of history is done in a matter-of-fact style without hyperbole. It is a book from a lover of Australia for those who value its richness and diversity.