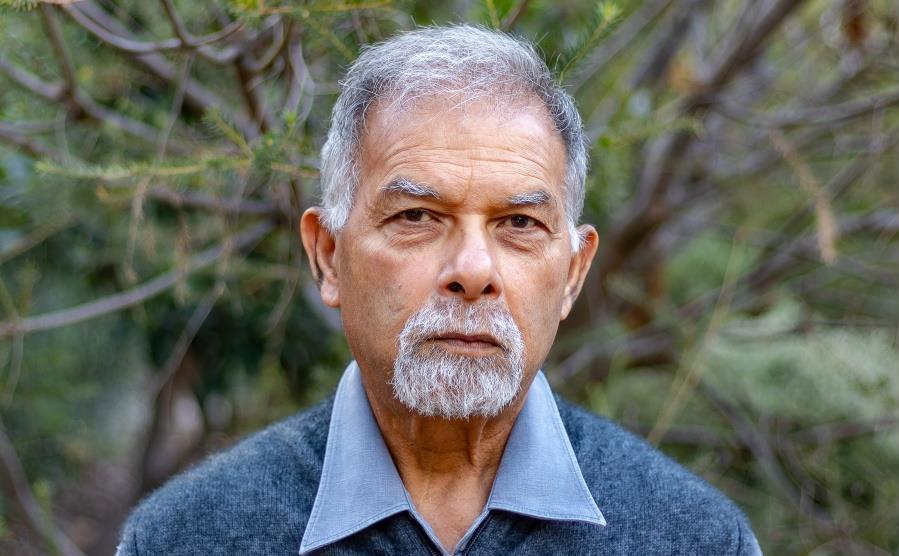 The subtitle of this collection of essays is, aptly, Travels with Writers and Poets. Jaireth travels, both literally and in his imagination, to the places inhabited by those whose work or life he wishes to explore. What he recounts is based on fact but harmoniously embellished with what he considers most likely occurred.

In the essay about Ottla, Kafka’s favourite sister, Jaireth tells of his journey to Prague, where he visits the Kafka museum and tries to locate the house in which Ottla lived. Jaireth shares with the reader many important episodes of Ottla’s life. He considers, somewhat unfairly, blaming Kafka – who died in 1922 – for not advising Ottla to emigrate to Palestine, thus avoiding the Holocaust. This story is told with an immediacy and warmth, as if Ottla’s family were his close relations and the horrors of Auschwitz revealed but yesterday.

Two of the essays are written like an autobiography. One, Spinoza’s Overcoat, which shares its title with that of the book, is in the voice of Paul Celan and teases out how some of his poems came into being. The other, My Name is Hamlet, is written in the voice of Boris Pasternak’s poem, Hamlet. ‘Pasternak valued Shakespeare . . . and was particularly very fond of Shakespeare’s Danish Prince Hamlet’, Jaireth writes. ‘In him he saw a mirror that aptly reflected the dilemmas of his own troubled life.’

Many of the essays explore and elaborate upon the work of a poet loved and respected by Jaireth. He treats each poem as a valued friend – with love, respect and understanding. And to better appreciate and savour the poetry, Jaireth likes to take the reader with him to the time and place where a poem was conceived or written or revised.

‘I have’, writes Jaireth, ‘experienced the kinship of languages first-hand, and I am lucky that I continue to enjoy the experience. Like most Indians, I was born and brought up in a multilingual family that made use of at least four languages.’ As Jaireth is fluent in Russian and German (among other languages), it is not surprising that he expounds the value of translations and that a number of Russian and German poets are featured. In addition, Iraq, Iran, Spain and Japan have each contributed a person worthy of one of the essays.

The book closes with a selection of poems translated from their source languages by a variety of translators including Jaireth himself. And in the best academic tradition, Jaireth includes a section detailing the works cited and used in each essay.

On the basis of the 12 essays in Spinoza’s Overcoat, Subhash Jaireth deserves a place alongside other revered essayists like David Foster Wallace and JM Coetzee.